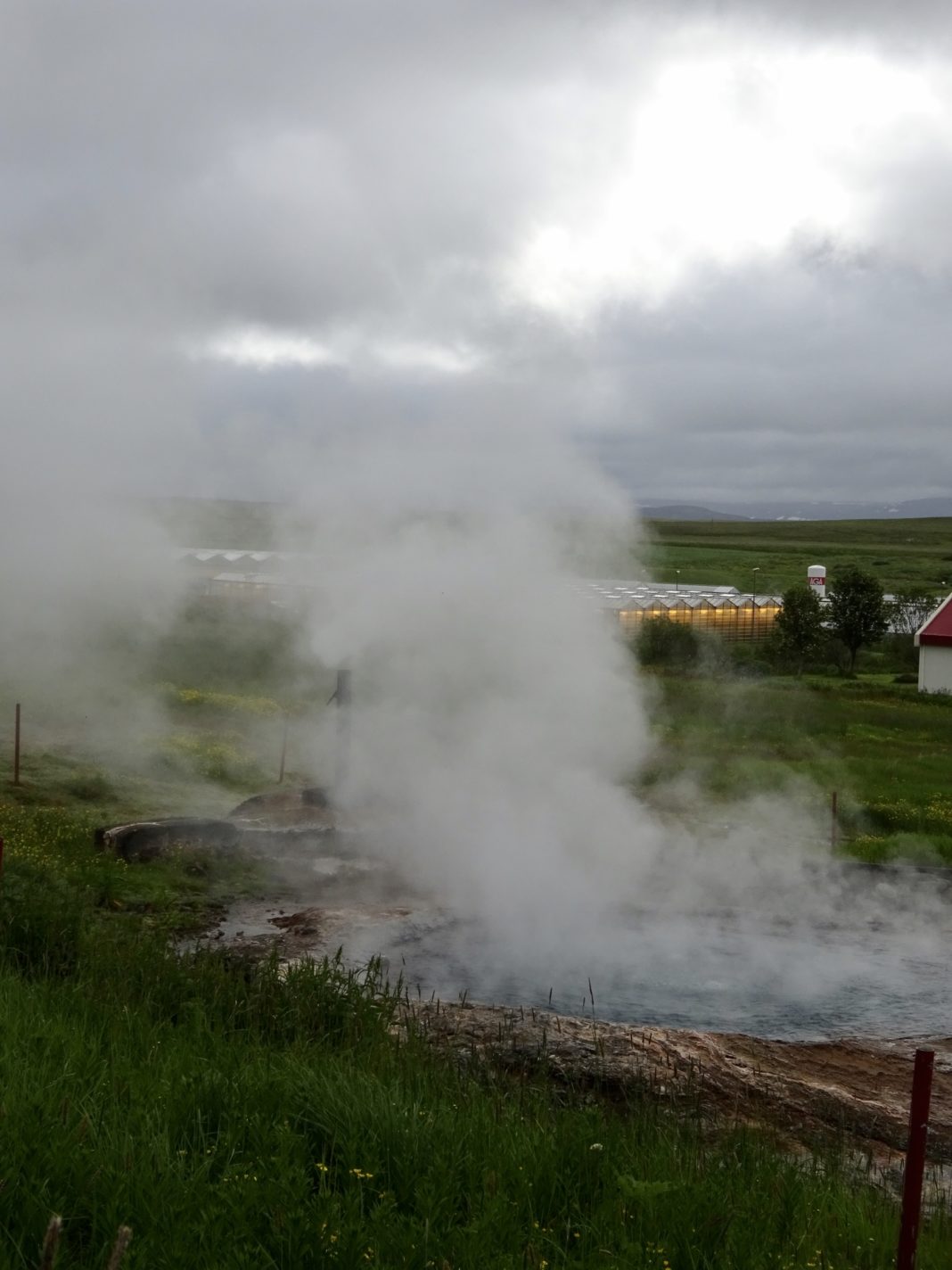 Iceland sits bang on top of the mountain chain where the Eurasian and North American tectonic plates meet, the continent size geological underpinnings of the earth’s crust. Known as the Mid-Atlantic Ridge, it’s why the island nation is one of the most volcanic places on earth. The magma and lava, which rises from deep in the core of our planet, is what created Iceland.

This article is part of Global Geneva’s ongoing series on polar regions relating to environmental, scientific, ecotourism and other related issues. (See below for linked stories)

These powerful forces intrigued 19th century science fiction writer Jules Verne. He sent his explorer characters down into the cone of Snæfellsjökul, a real Icelandic volcano, so they could ‘Journey to the Centre of the Earth’ where extraordinary adventures awaited them. The non-fiction version of Iceland is also exceptional.

Descending into a steaming volcano is not particularly advisable, but to experience another aspect of Iceland’s geothermal riches, you can simply head to a local supermarket. The volcanic activity which heats houses, powers factories and keep roads ice free in winter is also harnessed to grow tomatoes, cucumbers and even bananas in near tropical conditions.

Just 60 kilometres outside the Arctic Circle, I picked delicious cherry tomatoes in one of Pall Olafsson’s huge greenhouses set in the lava landscape of Hveravellir. Boxes of bees pollinate the huge plants which produce year-round harvests, all pesticide free.

Global Geneva makes its content available for free worldwide in the public interest. If you like our approach to independent journalism, then please join us as a support member or contribute. (DONATE LINK).

A greenhouse was first built in the 1930’s next to the geyser on the family farm which bubbles and erupts rather alarmingly. Olafsson is the fourth generation of the family to farm in greenhouses and the only one in northern Iceland. “It was a very strange thing to grow tomatoes here because not many people in Iceland knew tomatoes in 1933.”

Olafsson now produces hundreds of tonnes of tomatoes, cucumbers and peppers annually which have supplemented Icelanders’ traditional diet of fish and lamb.

But that’s only one part of the story of the eco-friendly nation. Iceland leads the world in renewable energy production.

Blessed by such resources, 85 per cent of Iceland’s energy comes from either geothermal or hydropower. Enormous waterfalls and tumbling rivers which roar through the highlands—most of Iceland’s interior—provide another source of sustainable energy. Fossil fuel consumption is limited to the transport sector.

Icelanders are proud of their dramatic landscape, a tough climate and the intrepid Vikings who braved the wild North Atlantic waters to settle the land in the 9th century. The Icelandic fishing fleet, which generate 30 per cent of the GDP, still faces the same stormy seas.

Heroic exploits are celebrated, and expected, in Iceland. One museum in the picturesque north coast town of Húsavík, believed to be the first place in the country settled by a Norse Viking, does exactly that. The Exploration Museum is not short of adventures to highlight, be it Vikings, polar expeditions or lunar missions. Yes, the national legacy of fearlessness includes visits by the Apollo astronauts who prepared for the moon landings with field trips across in Iceland. The astronauts fit the national narrative and many of them have re-visited to enjoy the stark beauty which they say reminds them of their time on the moon.

Museum founder and space enthusiast Örlygur Örlygsson knows many of the astronauts and grew up fascinated with his country’s contribution to the moon landings. “The geology of Iceland, which is so diverse, contributed greatly to Apollo field training, especially the volcanic features.  We monitor the island with sensors continually for activity that could lead to eruptions.”  (See Tira Shubart article on space exploration and COVID-19)

Coronavirus: A plan in place even before the first case

Iceland has kept its citizens safe with early warning systems and evacuation procedures while living alongside active volcanoes. Their history and geology has created a well-earned sense of exceptionalism which arguably encourages hard headed decision making and policy implementation in the public interest. When Covid-19 appeared, a plan was in place before the first case of corona virus was detected in the country.

In late February a trio of experts were put in charge of responding to the pandemic. Chief of Police Víðir Reynisson, Chief Epidemiologist Þórolfur Guðnason and Director of Health Alma Möller were soon nicknamed the ‘trinity.’ And the procedures they adopted were based on science, not political pressure.

Other than closing nightclubs and beauty salons there was no lockdown. But many businesses chose to have employees work from home or created teams who operated alternative days so contact would be limited. A government programme of financial backing was put in place to support the economy.

As for the ‘trinity’ their daily briefings at 2pm were broadcast seven days a week for three months.  They shared daily updated statistics, medical information and detailed discussions of social issues highlighted by economic pressures and domestic stress. Tricky issues such as domestic abuse were also discussed as well other psychological effects of the virus.

Extensive testing of nearly 15 per cent of the population – for those who were asymptomatic as well as those with symptoms – led to 20,000 people, including those who had spent more than 15 minutes within two meters of a person with Covid-19, going into quarantine for 14 days. Most adults in Iceland downloaded the Track and Trace app to aid the process. It worked. Iceland not only flattened the curve, but quashed it entirely. To date, deaths from Covid-19 have not exceeded 10 people.

A largely homogeneous island nation of only 365,000 people may be well placed to act swiftly and decisively in the face of a pandemic. Iceland is also an educated nation, a nation that reads the most books per capita worldwide and has a rich creative life of with outstanding literature, music and a film. But their belief in a fact based policy stands as an example that other countries could well study.

When I arrived in Reykjavik, soon after Iceland opened to visitors from selected countries – including the Schengen nations and the U.K. – I had downloaded their C-19 Track & Trace app and a bar code which contained all the details of my planned movements in Iceland. Medics at the airport efficiently and cheerfully took nose and throat swabs. Then I entered a world where the small miracle of normal life had started again.

Three hours later – I had waited in my airport hotel room a – text informed me “You have not been diagnosed with COVID-19”. I was free to explore the lava landscapes and wild coastlines under the 24-hour summer sun and walk in the footsteps of the Vikings and a score of men who later left their mark on the moon. It could be a tale written by Jules Verne.

London-based contributing editor Tira Shubart is a freelance journalist and television producer. She is also a science writer, an Ambassador of the London Science Museum and Acting Chair of the Rory Peck Trust. See www.rorypecktrust.org