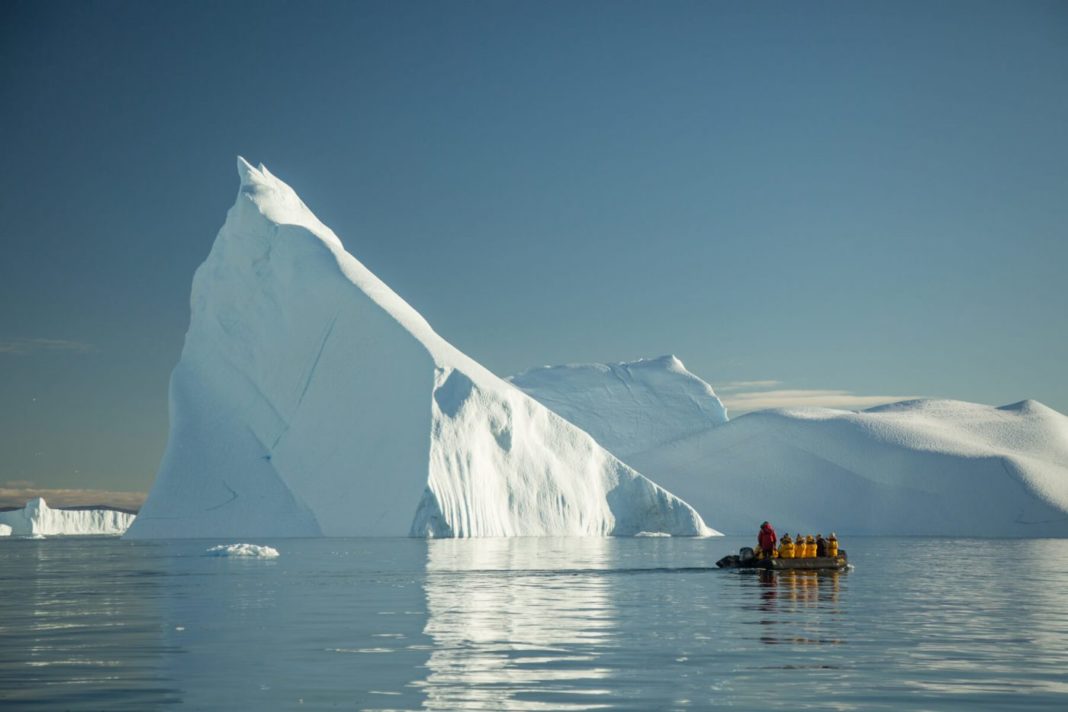 The editors would like to apologise for having mistakenly identified Hans Peder kirkegaard (editor of Aqago) as a member of the Greenland Parliament in the Summer print edition of Global Geneva.

Just 100 years ago, most people living in Greenland lived in peat huts in the winter and sealskin tents in the summer. Today, fewer than 60.000 people live on Greenland’s 2 million square km and most are indigenous, speaking an Eskimo-Aleut language that resembles no European languages.

Greenland has been on the path to independence since 1953, when Greenlandic politicians were given three days to choose between independence or be absorbed into the Kingdom of Denmark after 139 years as a colony.  Denmark changed its constitution and inducted Greenland into the Kingdom of Denmark as counties, thus granting citizenship to the Greenlandic people.

In 1979, Greenland was granted some autonomy with the “Act of Greenlandic Home Rule.” This was in part driven by Denmark’s membership in the European Federation (EF), now European Union. Greenlandic voters voted overwhelmingly against the EF in a 1972 referendum.

Greenland thus became the only territory to exit the European Union until the Brexit.  But Home Rule had its limitations. Certain competencies remained with the Danish Government. Greenland has no property ownership as such. Instead all is the “common property” of the Greenlandic people. You can obtain a permit for land in perpetuity or within a set of regulations. However, under Home Rule the permit only allowed the permit holder rights to the surface, for example to build a house. The non-renewable resources below, of great interest to mining companies, were the sole responsibility of the Danish Government.

The Greenlandic Home Rule government had no power nor right to issue permits or rights to the non-renewable resources underground. This was one of the driving forces to attaining Self-Rule.

During the 2000s, before the 2007-08 financial crash, prices of non-renewable resources rose dramatically, and exploration in Greenland increased because of it.

It was also at this time that Greenlandic politicians negotiated with the Danish Government to attain Self-Rule. Three major issues were to be addressed: non-renewable resources, language and a path to independence.

Even in 1953, there was some resentment that Greenland was not offered a Free Association or something like it, which is an option under the U.N. ”Declaration on the Granting of Independence to Colonial Countries and Peoples”.

Though Greenland achieved Self Government in 2009,  there is still a reductionist approach towards independence in some circles.

Self Government granted greater autonomy to Greenland and established,  in accordance with international law, that the Greenlanders are a recognized people. The Greenlandic language became the official language on the island. The Greenlandic Government was given the right to the non-renewable resources underground.  Chapter 8 in the Act lays out the path to independence.

It is in this context that the discussion about independence is carried out in Greenland. When non-Greenlanders discuss the territory’s independence,  it is often reduced to the economic relationship with Denmark,. They seem to ignore or are ignorant of the historical, political, and cultural context of the relationship between Greenland and Denmark.

This reductionist approach is often more damaging to the discussion in Greenland than fruitful. An assumption is made that advocates of Greenlandic independence are not aware or are ignorant of the economic challenges. The debate is treated as being about economics and the block grant Greenland receives from Denmark each year, covering about one-third of all public finances.

The issues are much more complicated than the reductionists give Greenlanders credit for. I see two aspects to independence. One is institution-building in a former colony,  the other liberation of the mind. The first is accomplished through education and participation in democracy. The second requires self-reflection, deep thought and understanding by everyone individually. This means a discussion about “who are the Greenlandic people? What is the moral foundation of Greenland? What is a nation? “

Foreign institutions, both formal and informal, which govern a nation, erode, replace and overturn a colony’s original historic institutions. Globalization has opened up the same debate about many shopping streets of Europe, where the multinational stores and fast-food restaurants of Paris, Stuttgart and Copenhagen are barely distinguishable.

In Greenland, the personal challenge as we move forward on the path to independence is about letting go of past wrongs without allowing prejudices to determine one’s own self-worth and self-respect.

Hans Peder kirkegaard is the editor of Aqago.