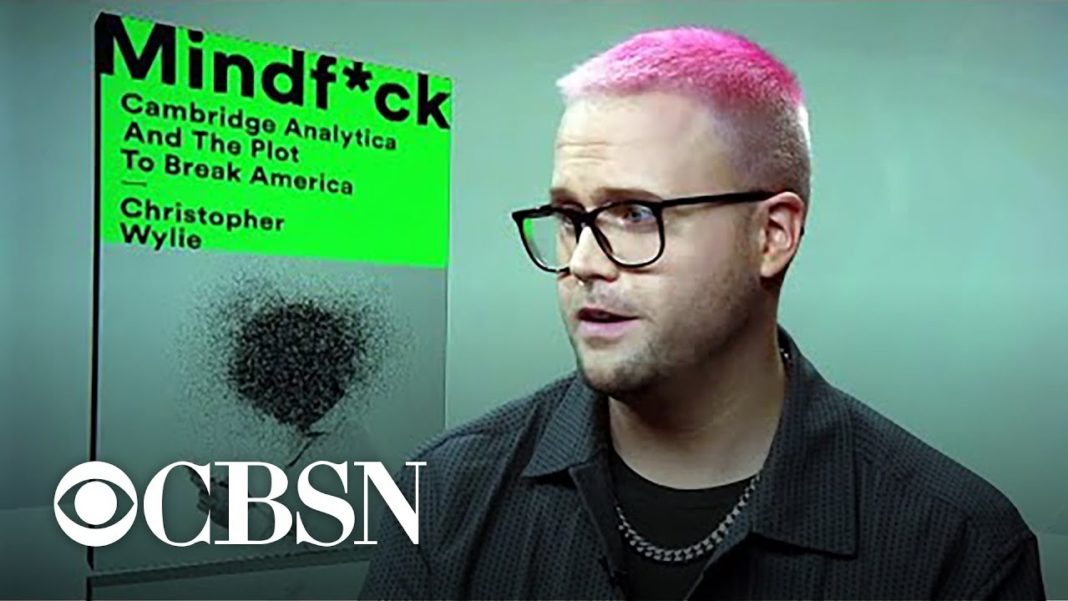 The driving force behind both events, Wylie insists, was a previously little known contractor, Cambridge Analytica, created in 2014. Wylie has direct knowledge of what he is talking about. After finishing his studies at the London School of Economics, he was one of the conceptual architects of the strategy that made Cambridge Analytica into a formidable force.

Wylie, a Canadian, had gone to work for the Cambridge Analytica’s parent company, SCL, not long after finishing his studies at the London School of Economics. The acronym, SCL, stands for Strategic Communication Laboratories, and the small consulting organization advertised itself as one of the first privately owned “psychological warfare” consultancies.

The company’s early clients were corporations dealing with political instability in far flung locations of the planet, but it quickly shifted its marketing focus to European ministries of defence, interested in extracting and analysing information from social media that could be used to influence and counteract insurgencies and extremist groups. Recruitment of European candidates by jihadist groups like ISIS would have been a typical target. SCL also offered to influence third world elections in Africa and Central Asia, when it might be to everyone’s advantage to keep a corrupt dictator or potential warlord from seizing power.

With Barack Obama elected to a second term in the United States, SCL managed to catch the attention of Robert Mercer, an extreme rightwing billionaire who had made his fortune first as a computer scientist working at IBM’s research facility and then as co-CEO of Renaissance Technologies, a hedge fund invested in advanced technologies.

Hardly a liberal, Mercer was an opponent of the Civil Rights Act of 1964, a major pivot point in ending segregation in the United States. Mercer was convinced that government intervention aimed at empowering African-Americans had been a mistake. After Obama’s success, Mercer became the largest single donor to the Republican Party.

It was not long before he encountered Steve Bannon, who had taken over Breitbart, an extreme rightwing website, with neo-fascist leanings. Intrigued by the possibilities of SCL, Mercer decided to buy it and to put Bannon in charge.  As Wylie explains in his book, “Mercer looked at winning elections as a social engineering problem.  The way to ‘fix society’ was by creating simulations. If we could quantify society inside a computer, optimize that system and then replicate that system outside the computer, we could remake America in his image.”

Mercer couldn’t use SCL to influence an American election directly, since it was a British company. The solution was to create a new company, Cambridge Analytica, incorporated in Delaware, and then to outsource Cambridge Analytica’s work to SCL.  Mercer put up a mere $15 million for a 90 per cent interest in Cambridge Analytica and placed Bannon in charge.

The beauty in the manoeuver was that since Mercer was simply buying a company, he didn’t have to report the purchase as a campaign contribution; he was already the single biggest contributor to the Republican campaign. He had started by backing Ted Cruz, but shifted his focus to Trump with apparently little difficulty. Since Cambridge Analytica was an American company, the formula enabled SCL to discretely export technology that was technically classified as sensitive military software in Britain. 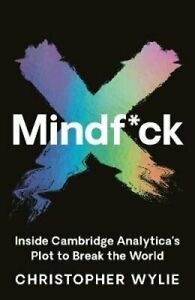 The new Terminator: Not halting insurgencies, but creating them

Robert Mercer has his own ideas about politics and society.  He has one of the largest private collections of machine guns in America along with the weapon that Arnold Schwarzenegger brandished in his Terminator films.  But once Steve Bannon took over, the political angle was definitely his. Bannon had briefly made a name for himself in Hollywood and had then gone on to run a computer game company in Hong Kong. The Hong Kong experience introduced him to social media networks such as reddit and 4chan, and that connection subsequently led him to realise that the anonymity of the net gives free rein to quite a bit of suppressed anger.

Bannon’s brilliant insight once he had assumed control of Cambridge Analytica, was that its real strength (using SCL’s technology) was not in stopping insurgency, but rather in creating it.  Most elections are zero sum affairs with both sides nearly evenly matched. If you could add just one or two percentage points to your side, you could win.

The trick was to target a particularly vulnerable sector of society that normally would never bother voting and inflame the band of misfits into becoming a new addition to the normal assortment of voters.  According to Wylie, Bannon sensed that modern, semi-educated white American men resented the current social revolution.  Straight white men had never had to modify their speech around women or people of different races in the past because misogyny and casual racism were already normalised behaviour.

In the current social revolution, men felt that they suddenly had to censor themselves or be socially ostracised. Casual flirting in the workplace was out. Racist jokes could threaten your job.  Adjusting to the change required a great deal of energy.  If you could identify the alienated, Bannon reasoned, and feed them a diet of conspiracy theories that fuelled their anger, it might be enough to swing an election.

The key: Accessing Facebook followed by Google and Amazon

Cambridge Analytica figured that in the U.S. an additional 70,000 strategically-placed votes might carry enough swing states needed to win the electoral college.  SCL, which had gained access to the work of social psychologists at Cambridge University knew the manipulations needed to do just that.

The key was access to Facebook data. In the 1940s, psychologists had developed a test known as the Minnesota Multiphasic Personality Inventory (MMPI).  The test consisted of more than 500 seemingly random questions, which were put to people with known psychiatric disorders and then given to apparently normal students.  By co-relating the response patterns, one could presumably spot tendencies to disorders like depression, hypochondria, hysteria, etc.  The enormous quantities of personal information collected online by Facebook, Google and Amazon provided infinitely more information and enough computing power now existed to profile nearly everyone on an individual basis.

The data was provided by a psychologist working at Cambridge, Alexandre Kogan. Using an online game he had set up as part of a research project, Kogan was able to obtain access to several thousand Facebook users.  What no one realised at the time was that Kogan could also gain access to all the friends that each of his users were in touch with.

Trump lost the popular vote by three million, but won the electoral college.

For Cambridge Analytica it was relatively easy to filter out those potential voters most vulnerable to psychological manipulation.  Once they had been identified, local meetings were arranged with maybe twenty or thirty like-minded participants collecting in a local coffee shop. Small clusters were connected to other clusters through local events and they were kept in contact by a constant flood of social media into which flooded strategically chosen ads and fabricated news stories, psychologically engineered to achieve a desired reaction.

The effect spread like a virus. In the US, the well spring of anger generated by the false information was enough to swing critically important states.  Trump lost the popular ballot by three million votes, but he won the electoral college.

During his campaign, Trump had shown an affinity with Vladimir Putin. For their part, the Russians had demonstrated an intense interest in Cambridge Analytica, and they helped the Trump mission by purloining and then leaking stolen Democratic emails via Julian Assange and Wikileaks.

Trump’s campaign manager, Paul Manafort, had previously worked with pro-Russian clients to influence elections in the Ukraine.  Trump’s preferences were not only for Russians, however; he was also in contact with France’s extreme right National Front and with Britain’s Nigel Farage, leader of the Brexit campaign. Mercer had wanted Britain out of the European Union, and Cambridge Analytica played a major role in liberally applying the same tactics to the Brexit campaign.

As for Bannon, his goal appeared to be to free white men from the strictures of modern society, by enabling them to openly express their inner instincts and prejudices in order to become once again a “free thinker.”  Nietzsche had had similar notions which provided an intellectual structure for Hitler’s adventures into fascism. It was not a pretty picture. Once knowledge began to surface revealing what Cambridge Analytica had done, its owners shut it down. The experience and technology it developed, however, remains very much alive.

Once Christopher Wylie realised the direction that Cambridge Analytica was taking, he was horrified at the Frankenstein monster he had helped create.  He resigned after nine months, then agreed to testify in order to alert the US Congress to what he had done.  Social media quickly turned against him, and Wylie discovered just how difficult it is to be anonymous in today’s interconnected world.  His book, nevertheless, makes fascinating reading, if only as a preview of even more sinister things to come.

OPINION – Brexit: A dark threat to peace and security in Europe

Brexit: A cliff hanger axing Britain’s own legs – and without a Swiss option

The Swiss option: Not too late for a credible Brexit poll of the people

The Capital of Civilization: Brexit, populism and the 150th anniversary of the Siege of Paris