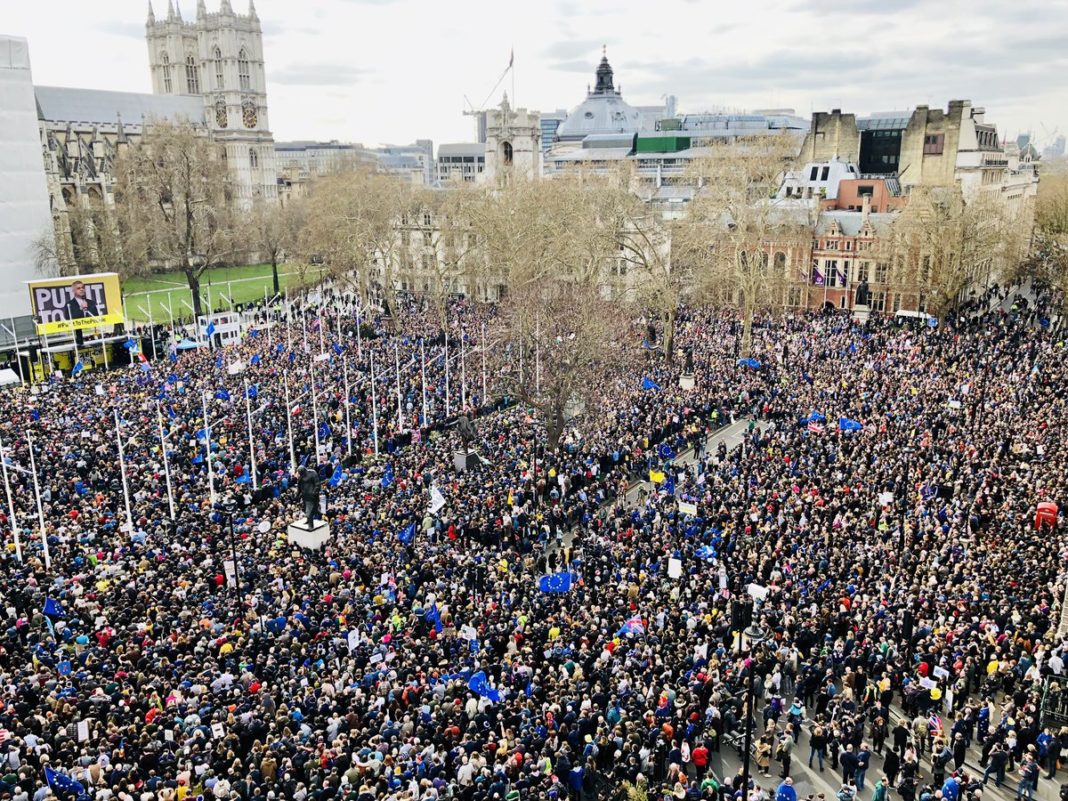 Nearly three years ago, I was among the many thousands of international observers experiencing an extraordinary day of apparent democratic practice across the United Kingdom. On 23 June, 2016, more British citizens than ever before participated in a popular vote: the people of England, Scotland, Wales and Northern Ireland cast over 33.5 million ballots as part of a process, which in ordinary language was simply referred to as a ´referendum´.

However, apart from its undermining by various illegalities and disinformation features, the vote  – unlike other European countries – completely disenfranchised well over a million if not more British citizens (figures vary) living abroad for 15 years or more, regardless of whether they paid taxes to their home country or not. It was with the unconsidered use – and abuse – of this powerful term, that Britain’s current parliamentary mess began.

As a Swiss-Swedish broadcast journalist, I have reported on democratic processes and elections, including referendums, for more than three decades. During this period, I have not only had the opportunity to explore different institutional expressions of people power across the world, but also – as an eligible citizen of several cities, cantons, regions, two countries and the European Union – to participate in more than one thousand elections, citizens´initiatives and popular referendums. This extensive experience has not only allowed me to become a diligent reporter of democracy, but also a committed supporter of free and fair democratic practices.

How to become a ´happy loser´ – or ´angry winner´

My takeaway from all this? It is not just the numerical outcome of a popular vote that makes the difference so much as the legal ramifications and public deliberation process. It also depends on whether we are talking about the election of a representative or a decision regarding a substantive issue.

It was in the late 1980s that I received my first chance to cast a ballot as part of a Swiss referendum, a truly remarkable form of public vote. On 26 November, 1989, the Swiss decided by 64.4 per cent of the votes cast to dismiss the proposal of a citizens’ initiative of mainly young adults, such as myself, to abolish the Swiss army.

As this binding vote was preceded by a comprehensive public debate, the turnout proved a record high; the yes-vote emerged as surprisingly strong given that pollsters had forecast less than a 10 per cent majority. Both the press and public parlance dubbed the defeated camp the ‘happiest loser´ in the history of Swiss democracy. And rightly so. Ever since,  I have learned to truly appreciate the ability of a genuine democratic community to produce ’happy losers’

What has Switzerland got to offer?

But what does this experience 30 years ago in a small Alpine republic have to do with the strained state of democracies not only in the UK, but across the world?  For one, Switzerland has held popular votes on substantive issues for nearly 170 years. As one of the country’s main instruments of direct democracy, it offers the Swiss citizen, regardless whether he or she lives in Switzerland, Argentina, Swaziland or Japan, the option to cast a vote on citizens’ initiatives or to have a final say at the ballot box on certain parliamentary decisions.

Switzerland did not invent the referendum. On June 6, 1848, the Swiss adopted the first federal constitution in which citizens´initiatives and popular referendums were not foreseen yet. However, it took another democratic movement to introduce in 1874 the popular referendum as a legal right and in 1891 to include the citizens’ initiative as a means of amending the constitution. Since then, the Swiss have held 626 nationwide popular votes. In addition, all cantons (states) and most municipalities also have adopted their own direct democracy processes.

Unlike the Brexit process, which was based on a single piece of paper asking the people of Britain to vote ‘Remain’ or ‘Leave’, the Swiss approach is an elaborate one. It seeks to ensure that every voter is properly informed, clearly detailing both the government and the opposition positions.

The ballot paper in four languages is actually accompanied by a small multi-page dossier, a voter pamphlet, ensuring that anyone who has not followed events can quickly read up on the basic pros and cons. So there is no excuse not to be uninformed.

And while there are criticisms Switzerland holds far too many popular votes – there is one every three months with about half the electorate taking part – the process is done professionally, credibly and always in the interests of the citizen. And when decisions really matter, people turn out to vote in huge numbers.

The rise of ‘angry winners’

So Switzerland has an interesting example to offer not only to Britain, but the world. A world, which is not only witnessing a revival of autocratic regimes and bigoted populist leaders attacking fundamental achievements in human rights and democratic freedoms, but also the rise of ´angry winners´. Many of these now occupy government offices in countries, such as the United States, Brazil, the Philippines and Turkey.

These ´angry winners’, many of whom openly wish their opponents to be imprisoned or even killed, are products of an increasingly confrontational form of politics, notably societies fueled by black-and-white rhetoric, fear and emotion. Of course, the reasons behind every democratic backlash are as diverse as the societies in which these setbacks occur. Yet  there is a red thread in all of these ´retreating democracies´ as the New York-based think tank, Freedom House, refers to them. In this sense, ´representative democracy´ is simply understood as a ´representative government´, or worse as an ´elective dictatorship´.

The problem with ‘elective dictatorships´

Now looking at the Brexit turmoil, the United Kingdom has on numerous occasions been described as an ´elective dictatorship´, most prominently by then Lord Chancellor Hailsham in his famous BBC broadcast (The Listener) on 21 October, 1976. The very fact that the Brexit popular vote in 2016 produced a majority, while elected British leaders have themselves for many decades been chosen by a minority of participating voters, has created a truly challenging  situation.

In no way, however, does this respect the British citizen. The main reason for this  current fiasco is not the fact that 51.9 per cent opted to ‘leave’ the European Union´. The main reason is that the so-called and ultimately highly faulty ´referendum´ process was initiated and spun by a single ´elected dictator’, notably  Prime Minister David Cameron who was against Brexit. When he lost (and in a true plebiscitarian manner, resigned), it then had to be implemented by his Tory successor, Theresa May. Despite her own convictions favouring ‘remain’, May declared that the “people’s verdict”* for leaving the European Union had to be respected, a decision that had more to do with trying to hold her own Conservative Party together than what was best for the nation.

What we have been experiencing is the spectacular collapse of a ´representative government´ as the Brexit mess turned messier by the day. And the call for a ´second´referendum has become increasingly louder. And yet a majority of British parliamentarians on both sides of the aisle appeared terrified of allowing the British people to have their say (again).

And this despite more than one million people taking to the streets on 23 March together with nearly six million signatures as part of an online parliamentary petition – the biggest in British history – demanding a new popular vote. A few days later, a parliamentary proposal for another ´referendum´ got the most support at Westminster – among eight different, but all rejected,options – for next steps in the Brexit process.

Why a referendum is not the same as a plebiscite

And yet, as obvious and as logical as a ´second vote by the people’ might look (after all, would you decide to sell your house based on accepting any price from a potential buyer?), Britain’s approach toward truly democratic referendum process faces serious hurdles.

Similar to the restrictive terminology of supposed ´representative democracy´ or ´representative government´, the proposed ´referendum´ process in the case of Brexit remains highly restricted as a ´plebiscite´. As a form of popular voting process a ´plebiscite´is not normally foreseen by a constitution – and Britain does not even have a written one.

Instead,  it represents an arbitrarily (and legislatively adhoc) approach prescribed by a political leader out of a wish to consolidate political power. No wonder autocrats around the world love ´plebiscites´, which enable them to bypass parliament. Furthermore, ‘plebiscites´ are not about providing a final say, whether yes or no,  to a legal text, but have a purely advisory role.

Such consultative forms of popular votes are in principle regarded as a nuisance by any democracy. True democracies, for example, do not hold ´advisory´ elections. However, where ever you have well-designed and experienced forms of citizens´ initiatives and popular referendums, such as in Switzerland, Uruguay, many of the US states or even Taiwan –  you never have  Brexit-style ‘plebiscites’. Instead, you have a binding popular referendum, which always allows the losing side to get back on track at the next legally-provided opportunity, and therefore remaining ‘happy’. 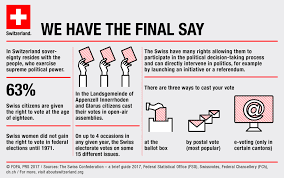 The quest for more participatory democracy

The Brexit debacle does not necessarily represent a ‘democracy in retreat’. But it does send a powerful message reminding all of us, including the European Union, we have to make our democracies more democratic. Despite concerns raised by certain doomsday democracy prophets, what we are witnessing is a critical shift away from purely nation-state based ´representative government´ towards more participatory local, direct and digital ´representative democracies´ across the globe.

Much of this democratic development fortunately has been introduced already in the United Kingdom. Powers have been devolved and new forms of genuine people power are under way, locally and regionally. One example is Scotland.

Yet while some societies are learning from doing, others are allowing themselves to burn. Britain is now learning the hard way by failing to involve its voters. But it is  never too late for a proper – and credible – democratic referendum.   Then the U.K. Government (and the world) still needs to learn what its people really want.

27 May 2019: .Knives, daggers and hammers: what the UK papers say about the EU election results. The Guardian. (LINK)

25 May 2019: “If Brexit fails, we cease even to be a democracy…And representative democracy means the representatives can do what they like”. The Guardian: The energy behind Farage and his Brexit party leaves his rivals in the shadows. (LINK)

10 April 2019: Swiss court orders historic referendum re-run. “The poll, held in February 2016, asked the country’s voters whether married couples and co-habiting partners should pay the same tax. Voters rejected the proposal, with 50.8% against and 49.2% in favour. But the supreme court has now voided the result on the grounds that voters were not given full information, and the vote must be re-run. During the referendum campaign, the Swiss government told voters just 80,000 of married couples were paying more tax than couples living together. The true figure was almost half a million, the government later said.
BBC News. (LINK) 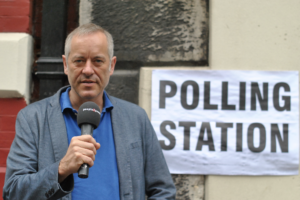