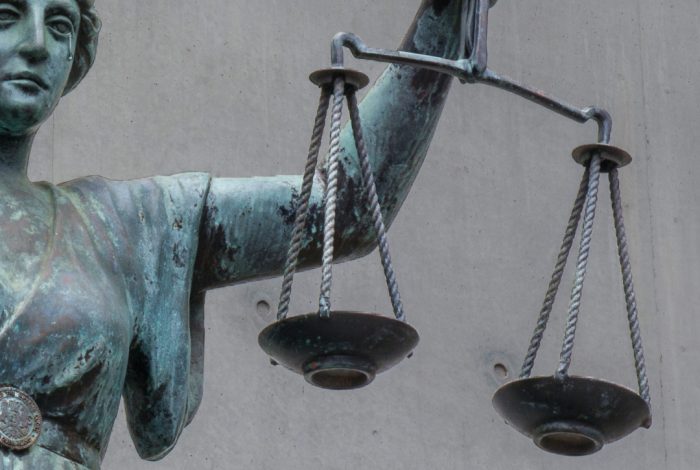 Both passions clearly surpassed any thoughts of self-interest or personal promotion. Her life story presents an especially sharp contrast to the narcissism of Donald Trump, who has made a toxic mixture of falsehoods, ethnic slurs, and ethical corruption so commonplace that much of the world has started to suspect that the United States is becoming precisely the kind of tin-pot dictatorship that we had previously urged the rest of the world to reject. The contrast was powerfully underscored when a massive crowd waiting outside the US Supreme Court building noisily shouted its disapproval of Trump as the president and his wife Melania made a brief appearance at a hastily arranged photo op. The moment clearly belonged to RBG, not Trump.

During her 27-year career as a frequently dissenting justice on the Supreme Court, RBG’s most momentous contribution may have been the simple observation that the Constitution guarantees equal rights to all Americans, and that that guarantee includes women as well as men. (See Global Geneva piece on 100 women inspiring us to change). With that observation alone, she consigned centuries of male chauvinism to the proverbial dustbin of history. The corollary of that principle — which had been established earlier, but even now still seems vaguely unattainable — is that any American citizen, whether of European, African, Middle Eastern, or Asian heritage, must be entitled to equal rights under US law and according to the US Constitution. It is that basic principle which has been challenged by the increasingly racist statements by Trump, who, despite a diverse America that increasingly sports all the colors of the rainbow, clearly prefers the Nordic look.

Republicans may secretly be delighted that RBG is no longer there to challenge their worst instincts, but the rest of us might pause to reflect on just what RBG’s departure really means. RBG may have had liberal views on many subjects, but her highest loyalty was to the law and the Constitution, which she saw as transcending any political party. RBG realized as much as anyone else that when politics influences the law, the credibility of the law as an instrument of justice is reduced and it is no longer seen as either completely equal or just.

The traditional symbol for the law found in front of many American courthouses is a statue of Themis, the ancient Greek goddess of divine justice. She is portrayed blindfolded, holding a scale in her left hand and a sword in her right. The symbolism is clear. To be true, Justice must be blind to social differences, financial temptation, and political considerations. It is that quality which guarantees the rights of everyone — regardless of origin, religious beliefs, or sexual differences — and which ultimately protects the individual against the overwhelming power of the state. The law is, to a great extent, a social contract that permits people from diverse backgrounds, with diverse beliefs, to coexist. It is that principle of equal justice for everyone which RBG fought so hard to protect.

The founding fathers understood that without the rule of law, society quickly descends into violence and chaos. The Supreme Court was created as a co-equal branch of government whose sole purpose is to interpret the Constitution, independent of pressure from political parties. It is that distinction which Donald Trump failed to understand when he almost gleefully announced that RBG’s death meant that he could replace her with a justice more likely to appeal to Republican conservatives. Senate Majority Leader Mitch McConnell’s sudden reversal of the argument that he had previously used to deny Barack Obama’s nominee, Merrick Garland, a seat on the court may have been the act of a shrewd Kentucky lawyer, but it also revealed a failure to grasp the role that the US Supreme Court is supposed to play in the American system of government.

“TO BE EFFECTIVE, THE LAW MUST BE CREDIBLE, WHEN IT IS NOT, ANARCHY“

In either case, it is a dangerous game. History shows that when the public feels that it can no longer trust the law, it first turns to protest, and then to violence. One only has to look at the reactions to police killing George Floyd in Wisconsin or the recent demonstrations in McConnell’s home state of Kentucky after the state’s attorney general, Daniel Cameron, failed to indict white police officers who, armed with a no-knock warrant, broke into Breanna Taylor’s apartment and killed her in a hail of misdirected bullets.

Cameron may have had a legal argument for failing to indict the police officers responsible for the killing. The public did not buy it. The demonstrations that resulted were followed by two policemen being shot in Louisville. To be effective, the law must be credible. When it is not, anarchy follows.

Donald Trump understands none of this. By stacking the Supreme Court with “conservative” justices, he may win a political victory, but he will end the Court’s role as a credible arbiter of justice, and transform it instead into a corrupted rubber stamp, a political tool not unlike the servile law courts found in Vladimir Putin’s Russia or Xi Jinping’s China.

The US will very likely survive. If the Democrats win both houses this November, they may even be able to partially undo the damage by expanding the number of justices to restore the balance between liberals and conservatives. (The Constitution does not stipulate any specific number of justices for the Court). But the greater damage that Trump, working in conjunction with McConnell and a compliant Republican Senate, will have inflicted is to shake public confidence in yet another American institution and, beyond that, to further damage the traditions which have held America together for more than two centuries.

The American system only works if both political parties agree to play by the rules, and Trump takes pride in trashing the rules. As his former political strategist, Steve Bannon, liked to put it, the Democrats show up expecting a pillow fight; Republicans go for a blow to the head. That kind of thinking may work in a Hollywood Western. In real life, it leads to chaos, violence, and anarchy.

It is that situation which RBG spent her life cautioning Americans to avoid, and maybe it is nostalgia for what she represented — the hope for America — which made the outpouring of emotions last week so striking. Asked what her dying wish was, RBG told her granddaughter, “my most fervent wish is that I will not be replaced until a new president is installed.”