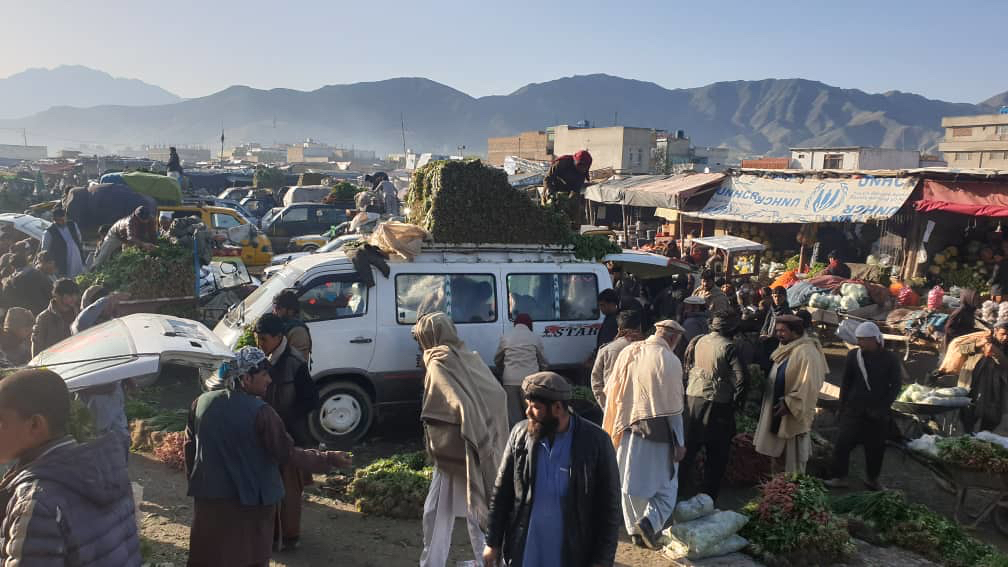 The following article was first published in the Pittsburgh Post-Gazette on April 15, 2022.

The escalating litany of atrocities being revealed to the world in the Ukraine has almost from the first been punctuated by the violence directed against those whose duty it is to do the revealing. Among the eight journalists killed after only six weeks of fighting two, American documentarian Brent Renaud and Irish photographer Pierre Zakrzewski, had significant experience in our own just-ended yet far from resolved war in Afghanistan.

And that is a fact which should remind us of that country’s latent potential to spew chaos far beyond its frontiers when its critical issues are ignored, which is why we fought a war there in the first place.

Most pressing amongst these issues at the moment are the continuing detention of British and American citizens by the Taliban, and the unfolding humanitarian catastrophe for Afghans resulting from the militants’ control. Though seemingly different in type and scale, these two problems can be linked in a compromise that would significantly contribute to global stability at this dangerous hour.

Symbolic of the whole situation is the case of Peter Jouvenal, a British former journalist who has been detained without charge since December. (See recent Global Insights article on western detainees) During the recent war he was widely respected as the gracious owner of the Gandamack Lodge in Kabul, a key gathering place for journalists, aid workers, and diplomats, all of whom benefitted from Peter’s unique knowledge of the country, going back to his coverage of the Soviet invasion. (See background article on Peter Jouvenal)

Yet he is best known as the cameraman for the CNN team who interviewed Osama bin Laden in 1997, revealing to the world a critical threat. Washington did not treat that threat with the seriousness it demanded, and ultimately proved incapable of mastering the aftermath, with the result that we have come full circle.

And it is a very vicious circle indeed. Since the Taliban’s reconquest of Afghanistan last August, the United States and Europe have cut off development aid, frozen Afghan government assets abroad, imposed severe sanctions, and have of course withheld recognition to the fundamentalist regime.

The militants have compounded the crisis by persecuting dissidents and minorities, banning women from working, and barring girls from school. Add to these sown winds the stark fact that much of the economy only existed because of the Western presence, a bad wheat harvest, and a worse winter, and the whirlwind yield is pervasive suffering and the very real prospect that millions of Afghans could die of starvation.

People are not known for sitting down and dying stoically in place, and the last thing the world needs right now is a repeat of the vast influx of Afghan refugees to Europe of a few years ago, as the continent is overwhelmed with the Ukrainian war and refugee crisis.

Geographically well-placed Russian allies Iran and Syria can be counted on to facilitate such a flood if an embattled Moscow asks them to pressure Europe in this way. Yet there is an obvious path to avoiding such an apocalyptic scenario. For all their arrogance and self-righteousness, the Taliban have enough sense to know that their hold on power will be shaken by the physical collapse of Afghan society.

As much as we would like to see them gone, no one in their right mind wants to see it happen in that way. The Biden administration should therefore immediately open negotiations with them aimed at relieving the humanitarian crisis in Afghanistan. Although it should be clear that recognition and the frozen assets are off the table, Washington should be flexible, and even generous, on emergency relief, easing of sanctions, and development aid.

However, the precondition for talks must be the immediate release of Peter Jouvenal, American Navy veteran and civil engineer Mark Frerichs, and the others, along with a strong statement to the Taliban that the random detention of Westerners will not be tolerated.

In his great novel of the Civil War The Red Badge of Courage, Stephen Crane, who was himself a war correspondent, has his naive hero lament that the conflict he is heading into will be “a play affair,” not like the grand wars of old. “Men were better, or more timid. Secular and religious education had effaced the throat-grappling instinct, or else firm finance held in check the passions.”

He soon learns otherwise, as we all have time and again over the last century and a half. Yet the current Afghan crisis is an instance where a sensible combination of firm finance and courageous resolve can avert a looming catastrophe.

Vanni Cappelli, a freelance journalist, is the president of the Afghanistan Foreign Press Association. Cappelli has written previously for Global Insights with this article on Afghanistan’s cultural heritage.