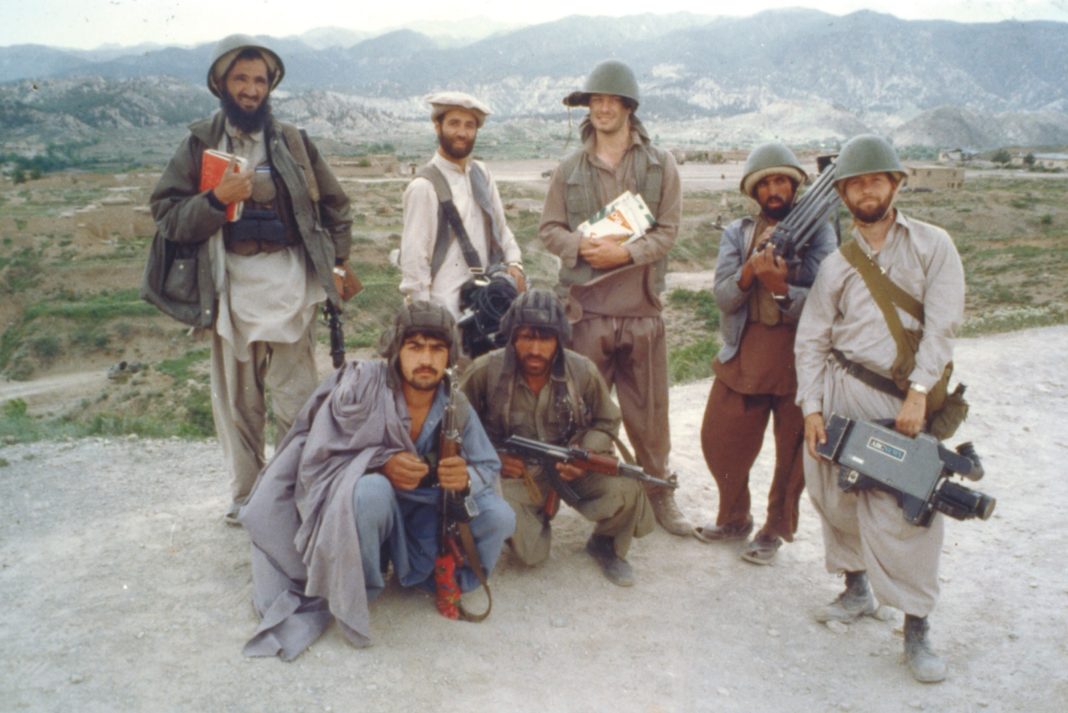 There is still no news about the possibility of release of the remaining westerners being currently held by the Taliban. While some of their families have so far preferred to remain discreet, others have opted to go to the press.

One of the best known of the western prisoners is Peter Jouvenal, a British-German former journalist widely renowned amongst the international community for his long-time and expert knowledge of the country. He was taken in Kabul last December by armed fighters of a Talib intelligence unit. The family of Canadian Nadima Noor, who was believed to be held by the Ministry of Interior, also publicized her predicament earlier as a means of putting pressure on the Taliban. She has since been released. (See background piece on Peter Jouvenal in Global Insights)

While various diplomatic initiatives have been underway to release the westerners, apart from Noor, little progress has been made to date. Diplomats operating out of Doha, capital of Qatar where the Taliban have their main international office and where the United States, Britain and other countries are currently basing their Afghanistan interest representations, recently managed to briefly visit at least several prisoners being held in Kabul. Jouvenal was allowed to phone his wife, but with Taliban present. Some sources suspect that there may be other westerners, including possibly another European and American.

For the moment, however, there are few signs that the Taliban are willing let them go. There is also confusion as to where they are being held. According to reliable sources, at least some of the prisoners, including Jouvenal, are being kept in poor conditions in small, cold cells and fed with little more than boiled rice occasionally mixed with beans. They are also being held largely in darkness as constant power outrages prevent regular electricity.

Although some observers suspect that the Taliban are holding the foreigners to pressure the West into granting international recognition no such demands have been made. Others believe the problem may lie more within the Taliban themselves. Not unlike the oft divisive mujahideen of the 1980s and 1990s, various factions within the Taliban are seeking to assert themselves as part of the new government. These include Sirajuddin Haqqani, acting Minister of Interior and son of Jalaluddin Haqqani, who was formerly backed by the CIA during the Soviet-Afghan War and later founded of the Haqqani Network. Designated a terrorist by the United States in 2010, Sirajuddin is believed to be holding some of the prisoners.

Another problem, according to local and international sources in Kabul, is that the Taliban simply have too much on their plate. Political direction must be provided by a consensus amongst the Elders, who must discuss each item in detail. As one well-informed western source noted, “they are not yet used to government but need to discuss in detail amongst themselves to be in agreement with each other. I am also not certain that the plight of these prisoners is at the top of their list.” (See article co-authored by Peter Jouvenal and Edward Girardet in spring, 2021 on a possible peace solution)

In addition, as the Committee to Protect Journalists in New York notes, the Taliban are also stepping up their harrassment of Afghan journalists. On Thursday, March 17, Talib agents from the General Directorate of Intelligence detained Aman as well as TOLOnews news manager Khapalwak Sapai and the channel’s legal adviser at its headquarters in District 10 of Kabul, according to BBC Persian and tweets by former TOLOnews journalists. (See CPJ for details)

Some sources suspect that there may other westerners, including possibly another European and American. The International Committee of the Red Cross (ICRC), which has the mandate to visit prisoners from all sides in time of conflict, reportedly has so far failed to receive permission from the Taliban to see any of the detainees or to provide medical attention which several are believed to require. The ICRC can also only share details with members of the detainees’ families. While a number of journalists and aid workers are privy to background details, most of the names of the current detainees cannot be revealed without their families’ permission.

Other discreet international initiatives are being undertaken by different groups and individuals, including concerned Muslims, in the United States, UK, Switzerland, UAE and Pakistan. They are trying to persuade the Taliban that it is not in their interest from the public relations point of view to hold western prisoners, or even to manipulate them as bargaining chips. As one United Nations representative said: “If the Taliban wish to present themselves as serious, they cannot simply go around taking westerners in the streets, and then hold them without charge.” Last month, the Taliban briefly detained two consultants, including former BBC correspondent Andrew North, working for UNHCR, the UN’s Refugee Agency.

Peter Jouvenal’s wife Hassina Syed, a successful Afghan entrepreneur voted “Young Leader of Tomorrow” by the World Economic Forum in Geneva and “Businesswoman of the Year” in Afghanistan, has been lobbying hard – and publicly – for her husband’s release, but is now concerned that the war in Ukraine may detract from what is happening in Afghanistan.

“I cannot understand why the Taliban do not let him go,” she said from her home in Lincolnshire where she and Peter normally live with their teenage girls. “He has always been a friend of Afghanistan, and the Taliban know this.” Helped by the University of Maine School of Law in Portland, Syed recently filed an official complaint against the Taliban with the United Nations Human Rights Council’s Working Group on Arbitrary Detentions in Geneva for holding her husband without charge.

Jouvenal has been engaged in reporting the war in Afghanistan since the early days of the Soviet occupation in 1980. Over the years, he has filmed for the BBC, NBC, CBS, National Geographic and other international broadcasters. In 1997, he was cameraman for the CNN team which interviewed Osama Bin Laden as the first American network to do so. From 2002 to 2014, he ran Gandamack Lodge, a guest house and restaurant widely frequented by journalists, aid workers and diplomats as the place to go in Kabul.

Ironically, Jouvenal has always maintained good relations with all sides, including the Taliban. Following the US-led intervention in Afghanistan in the fall of 2001, Jouvenal consistently warned Westerners not to ignore the Taliban as their involvement in any peace process was crucial given that they represent a significant portion of the Afghan population, namely the Pushtuns. This was ignored until too late.

According to Syed, her husband, who is a Muslim and highly respected amongst many Afghans, had returned from the UK to Afghanistan following he return of the Taliban in Kabul for family reasons but also to openly explore opportunities for international mining investment. He had even met with various regime officials.

One highly experienced senior western source long known to this writer, who requested not to be identified, returned last week from the Afghan capital where he met with different representatives of the Taliban and the international aid community. He said that he felt the Taliban were “perplexed” by the amount of interest shown by the Americans and British for the foreign prisoners, while refusing to engage in proper negotiations at senior level “with their government.”

As with other westerners and non-Taliban Afghans working with international organizations, the source believes that the prisoner issue is symptomatic of the quandary now facing the country. The Taliban want appropriate recognition, he maintained. “The West needs to become far more pragmatic if it really wishes to help ordinary Afghans. Whether we like it or not, the West needs to work more closely with the de facto government.”

Humanitarian response alone, both he and others are increasingly arguing, is not going to redeem the billions of dollars spent on Afghanistan during the nearly 20-year-long western occupation. Nor will it prevent the complete economic collapse of the country, including preventing the mass starvation of millions of Afghans. Given that most ministries are run by non-Taliban civil servants it is crucial to help them provide the services the country so desperately needs, they maintain.

The Talib regime has yet to be recognized by any government. This includes Pakistan, UAE and Saudi Arabia, which had established diplomatic relations during the previous 1996-2001 regime of the Taliban. Since the collapse of Kabul, the United States, Canada, European Union and other members of the international community have all demanded that the Taliban declare their support for women’s rights and other basic international obligations, such as a return to free and fair elections. (See article by Norah Niland in Global Insights on the need to release Afghan funds)