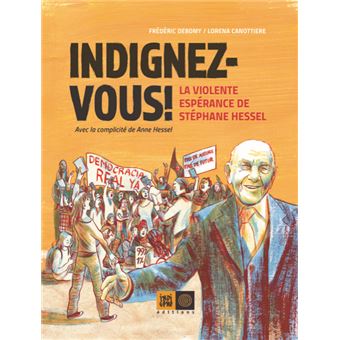 TUCSON – Homo sapiens have been at odds since we first began lobbing stones at each other. If we can together settle differences and repair the damage, human ingenuity can create an unimagined future for those to come. If not, we will be the generations who switch out the lights on Earth.

This is not hair-on-fire hyperbole, but rather the considered conclusion of a working reporter who has spent 60 years covering war and peace firsthand on seven continents. I hope I’m wrong, but I suspect I’m not.

After the Great War left 200 million people dead from conflict, hunger, influenza and genocide, T.S. Elliot wrote in “The Hollow Men”: “This is the way the world ends, Not with a bang but a whimper.” Unless we collectively lower the heat, literally and figuratively, it will be both.

By the time I was born in 1943 during the second world war, an unhinged despot had gassed three million Jews, Romani and others he considered off-white. That soon doubled by 1945. All told, perhaps 80 million died. Much of Europe and two Japanese cites were blasted to rubble.

And now, even if we prevent nuclear winter, unchecked gases in a closed ecosystem will starve us of oxygen as dying oceans rise.

The title translates roughly to “Wake the Fuck Up,” although English-language publishers preferred “Time for Outrage!” Before long, it sold 4.5 million copies in at least 20 languages, and he followed with “Engagez-Vous!” Get Involved!

Hessel, a German-born Jew, fled to France and joined the Resistance. Captured, he escaped a Nazi death camp. After the war, he was a French diplomat and human rights advocate.

Confronting tyrannies is harmful to health. In democracies, people only need to keep informed with solid sources, energize voters and hold faithless leaders to account. That requires facts and analyses that make clear why this matters so much in a world facing endgame.

Since starting in Africa for the Associated Press, I’ve witnessed all manner of self-obsessed leaders poison countless lives. Watching 2023 begin in Washington, I had a sickening thought. The most egregious example of human dysfunction I’ve seen is here at home in America.

The United States is hardly Somalia, but that’s the point. In the places Donald Trump calls “shitholes,” people suffer with what they’ve got. America’s uncivil war is self-inflicted.

If true to their historic values, Americans could rally allies to mitigate climate collapse, thwart land-grabbing despots, defend human rights and reduce the crushing poverty that forces millions to migrate. Yet the Sixth of January casts a pall over the Fourth of July.

P.J. O’Rourke’s 2003 book title, “Parliament of Whores,” was a reductio ad absurdum lampoon. Now, with so much big money in politics, principled legislators fight an uphill battle. That much-touted “City on a Hill” has little moral heft if a red light hangs on its Capitol.

Grim video and 845 pages of damning testimony lay bare Trump’s attempted coup d’etat. Two years later to the day, instigators who belong in prison were seated in the House as “honorable members” who swore hypocritically to defend America from all enemies, foreign and domestic.

Republicans who eked out a narrow victory spoke grandly of America’s founding principles. But they are Alexander Hamilton’s worst nightmare. He wasn’t really Puerto Rican and was better at the minuet than hip-hop, but Lin Manuel Miranda caught the spirit of a brilliant polymath who warned that the nation’s survival depended on sound finances and political compromise.

Historian Ron Chernow wrote: “Hamilton’s besetting fear was that American democracy would be spoiled by demagogues who would mouth popular shibboleths to conceal their despotism.” That is Trump in a nutshell (emphasis on nut) and other Republicans eyeing the White House.

Kevin McCarthy, finally named speaker on Jan. 6 after 15 floor votes, praised his own tenacity in a triumphant speech that smacked of an amateur actor trying out for summer stock. Empty jingoistic America-above-all rhetoric and blatant lies parroted his master’s voice in Mar-a-Lago.

In fact, his blind ambition whittled America’s big stick to a toothpick. Like a chameleon, he changes hue to suit the situation. But chameleons have spinal columns and unforked tongues. The 20-member “Freedom Caucus” extorted concessions down to removing metal detectors so hothead legislators and visitors can keep their sidearms. What could go wrong?

The big giveaways are terrifying. Fiscal year 2024 spending is frozen at the 2022 level as Russia, China and rogue states threaten widening conflict. Climate collapse costs soar. Social Security and Medicare are at risk. A shutdown could force America to default on debt as failed states do.

As Ukraine prepares for all-out assault to push back Russian troops, future military aid is uncertain. McCarthy previously signaled possible cutbacks. Now he is in debt to Georgia’s Marjorie Taylor Greene and others who want to slash vital U.S. support.

Immediately after Trump took office, Republicans shoved through a $1.8 trillion tax cut for the rich, sending markets to new heights. When Trump’s Covid-19 denial brought everything crashing down, Congress had to spend trillions on relief. He emboldened Putin to invade Ukraine, and inflation soared. Despite it all, Biden has managed stunning successes.

The House majority now plans to squander time hounding Hunter Biden, Tony Fauci and Homeland Security officials while pushing for yet more tax cuts. Abortion rights are off the table. So is gun control. A Virginia 6-year-old just shot his teacher with a pistol, critically wounding her. Guns don’t kill people; first graders do – or at least they can take a shot.

Matt Gaetz, unindicted in a teenage sex scandal, put McCarthy over the top after so much jerking around that another congressman had to be stopped from throttling him. He told reporters he couldn’t think of anything else he wanted. One freshman won a close election by inventing his entire resume, yet Republicans seated him anyway.

Lauren “Annie Get Your Gun” Boebert, a deluded mad queen down her rabbit hole, best reflects the tragicomedy as adversaries in Beijing, Moscow, Tehran, Pyongyang, among others, watch the “grand old party” that Trumplicans destroyed pervert representative democracy.

Roger Cohen of The New York Times profiled her – and the rift in America – weeks before she was first elected in 2020. He went to her Shooter’s Grill where waitresses pack pistols in Rifle, a conservative ranching town an hour from bright-blue Aspen. He wrote:

“Trump…has exploited this division with astute cynicism. He does not know which way is up with a Bible, could not shoot an elk if it stood in front of him on Fifth Avenue, and has no idea what morality means. Yet he has become the hero of millions of upstanding, churchgoing, rural Americans…who grew up with guns and have never had it easy. The president’s political heist defines demagogy in the digital age.”

Boebert refused to speak with Cohen. As he was questioning customers, she had him bounced out her bar’s door.

“So much for freedom of expression and the freedom to talk to people who think differently,” Cohen concluded. “So much for the freedom of the press and that free American ‘spirit.’ That’s what freedom may look like in a second Trump term: more the my-way-or-the-highway muzzle of a Glock than the liberty enshrined by the Constitution and the rule of law.”

Recent AP interviews in Rifle reflected disillusion among supporters who wanted her to stick to serious business. But she kept her seat by 546 votes among more than 300,000 cast in her district. Even a minuscule revolution in her district could have made the difference.

In voting rounds, Boebert rose to nominate an obscure member of her caucus, beaming at the CSPAN camera like Saturday Night Live’s Tina Fey doing Sarah Palin. Later, on MSNBC, she declared she represented what the American people wanted in the spirit of those “founding fathers.”

She has split with Greene, a QAnon crazy who babbles about “Jewish space lasers.” According to the New York Post, when Greene urged her to back McCarthy, she snapped: “Get the fuck out of my face.” Both of them, among others in the hard right, expect plum committee assignments.

McCarthy has promised to remove Democrats Adam Schiff and Eric Swalwell, fellow Californians, from the House Select Intelligence Committee in bald retaliation for exposing Trump administration abuses. Somalia-born Ilhan Omar says she is being barred from committees only because she is Muslim. Boebert has repeatedly called her a terrorist who might blow up the Capitol.

MSNBC host Stephanie Ruhle banged away for 14 minutes challenging Boebert’s lies and diversions. At the end, she began to list Biden’s success at restoring jobs, lowering gas prices, and bringing back a solid economy.

“Yes, Joe Biden’s economy is terrible for the American people,” Boebert interrupted. “You are correct.” When told Trump hates a loser and supported McCarthy, she cut in again. “I love President Donald Trump, and no one is going to pit me against him.”

Meantime on Jan. 6, Biden honored election officials who ignored death threats and police officers who faced insurgents, several at the cost of their lives. In a moving address, he recalled his first G7 summit. When he said America was back, one leader retorted: “For how long?”

Another asked him to imagine an armed mob with a noose storming the House of Parliament, where prime ministers change over minor misconduct. Yet Britain, like all countries, has its own dysfunctions and faces the same global crises.

In a world on the edge, “superpower” has lost its meaning. Iraq and Afghanistan made clear no amount of military might can defeat determined popular resistance. No one will win a nuclear showdown. The European Union, a disparate bloc, depends on leadership in Washington.

But both houses of Congress are shot full of the wrong stuff. Some members are dumb as sledgehammers. Others, scary smart, master what Hamilton feared: hiding demagogy beyond populist claptrap. The Supreme Court is coopted and corrupted. Trump’s acolytes are fast turning “America First” into “America Only.”

Upcoming Mort Reports will dig into crucial global developments that too many American “mainstream media” overlook. Others will offer advice on finding reliable sources from elsewhere, beyond such excellent stalwarts the Guardian and BBC’s World Service.

Sign up for free emailed dispatches at www.mortreport.org. If you’re able to contribute to our war chest, there is a link under the Get Involved tab. Or email me: mort.rosenblum@gmail.com.

“We, the people” is now a cliché to fit all purposes, but its essence remains. Only a critical mass of informed voters, especially young ones with the most at stake, can spark a New Year’s revolution with shots heard round the world.