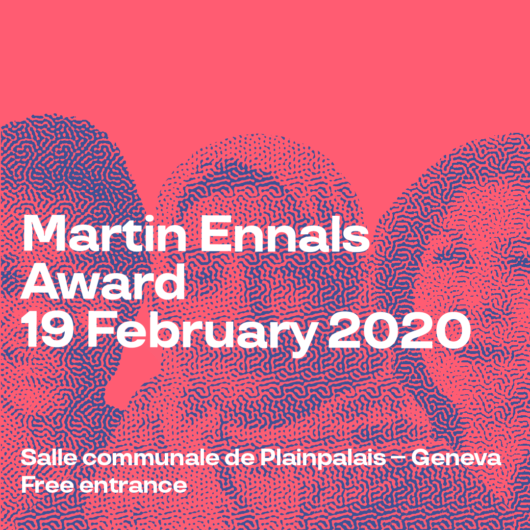 The following is part of Global Geneva’s ongoing commitment to the reporting of ‘international Geneva’ themes, including human rights.

Representing 10 of the world’s leading human rights organizations, notably Amnesty International, Human Rights Watch, Brot für die Welt and others, the Geneva-based Martin Ennals Foundation every year selects three human rights defenders for its award. For the 2020 prize, which will be presented in February in Geneva, the jury chose three outstanding human rights defenders, all women. Their selection also demonstrates the leading position that female activists are increasingly playing in frontline human rights. (See article by John Horekens on the MEA in Global Geneva)

While the potential of candidates – and the human rights issues and crises they represent world-wide – is huge, this year’s jury decided to focus on Huda Al-Sarari, who has exposed and challenged the existence of secret prisons and many cases of torture in Yemen; Norma Ledezma who is fighting against femicides (sex-based hate crimes against women) and disappearances in Mexico; and South Africa’s Sizani Ngubane, a key advocate for access for women to both education and land. While only one will be chosen for the 2020 award, all three will be equally acknowledged at the presentation ceremony hosted by the City of Geneva next February.

The purpose of holding the award at this new time of the year is also to coincide with the February-March session of the 47-member United Nations Human Rights Council at the Palais des Nations. This is an international gathering that meets three times a year and often favours official delegations rather than individual or grass roots human rights defenders. (See Jon Randal’s revealing article on the Kurds and their ongoing repression by governments such as Turkey). Council members often include governments who are themselves blatant violators, such as China, Saudi Arabia, and Iraq. The United States withdrew from the Council in June 2018 for what it claimed to be the ‘dubious’ human rights records of many of its member states as well as its ‘chronic’ bias against Israel. There was no mention of Israel’s abuses against the Palestinians or U.S. President Donald Trump’s own egregious violations against migrants or the children of migrants.

According to Isabel de Sola, Director of the MEA Foundation, this is the first time that three women have been nominated “for their defence of fundamental rights of their communities in sensitive contexts.” The award, which was launched in 1993 in honour of Martin Ennals, former secretary of Amnesty International, was created to honour – and protect – individuals around the world who demonstrate exceptional courage in defending and promoting human rights.

In Yemen, for example, which has been at war since 2005, Huda Al-Sarari – a lawyer – revealed the existence of several secret detention centres where the worst violations of human rights have been committed: torture, disappearances or even extrajudicial executions. Sizani Ngubane, an ardent South African rights advocate for over 40 years, founded an organisation of more than 50,000 mainly rural women. This seeks to highlight discrimination against women, particularly violence, and highlights the plight of women whose land has been expropriated and who are deprived of access to education and justice.

And finally, in Mexico, an equally horrendous situation has emerged with civilians paying the price of ineffective rule of law. This has lead to widespread violence and impunity with women the primary victims. Over 3,500 women are murdered each year as the result of femicide. Norma Ledezma, who is the mother of one of the victims, has put all her energy into supporting families seeking access to justice in the state of Chihuahua.

De Sola noted that the MEA jury choice “reflects the ever-greater global impetus of individuals – whatever their gender – who are committed to respect for human rights and women’s rights in particular.” Jury chairman Hans Thoolen added that while the 2020 finalists work on different continents, “all three have in common their resilience, determination, a tremendous rigour and, finally, the positive and concrete impact of their work.” (See oped article in Global Geneva by Hans Thoolen on why Geneva is the host for the MEA award).

The 2020 Martin Ennals Award’s evening will take place at 1800 hr on 19 February, 2020 in the Plainpalais Salle Communale of Geneva. You can register here for the event.

Journalists and author Edward Girardet is editor of Global Geneva magazine and a member of the Martin Ennals Award board.

The right place for the world’s human rights award