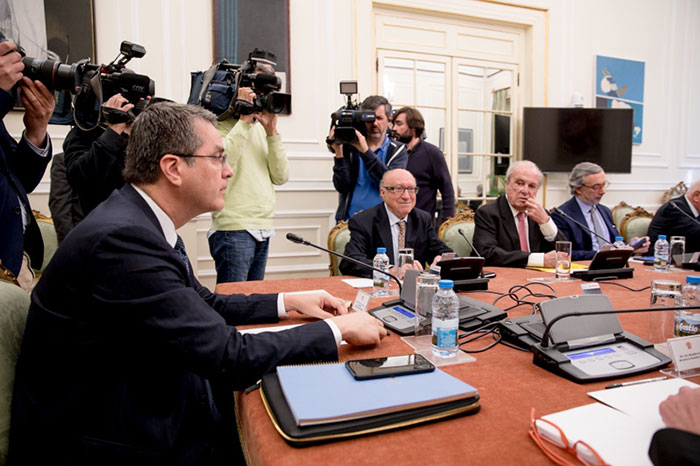 An updated version of this article has been published in the Oct/Nov 2017 print and e-edition of Global Geneva magazine.

Millions of rich country voters blame open trade and economic globalization for the precarity of their jobs. Failure to win them over will emaciate WTO. As a result, the Geneva-based organization can no longer stay aloof as just a technical group supervising the system of legally-binding agreements that regulate global trade among its 164-member states. Trade directly affects ordinary lives. Its fights are being settled in streets and voting booths.

As the prime proponent of freer trade and globalization, WTO cannot still be a conclave of experts interacting only with governments, corporations, lobbyists and formal non-governmental organizations. Now, ordinary people are insisting on being heard. 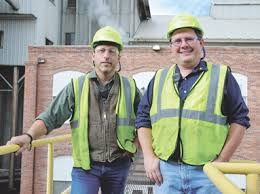 A joint 2017 report of the World Bank, IMF and WTO argues strongly for freer trade but admits that neglect of workers left behind by globalization is spurring opposition to open trade. In response, WTO seems tongue-tied. Its repetition of erudite facts about trade benefits is like Albert Einstein’s admonition defining insanity as doing the same thing over and over again and expecting different results.

Fury is erupting despite the considerable new purchasing power globalization has put in Western hands by reducing retail prices of many household goods, from food, clothes and kitchenware to computers and smart phones. It also created millions of well-paid jobs.

Built painstakingly over 50 years ago, WTO is becoming outdated. It reduced trade barriers, harmonized procedures, gave special benefits to poorer countries and settled disputes impartially. But it also cast shadows that raise questions about its adequacy for today’s world economy. At core is the rise of China and others, which is challenging the long-dominant US and European economies.

Global debt has become a menace

The International Monetary Fund (IMF) estimates that emerging and developing economies now account for 60 per cent of global GDP, up from half a decade ago. They contributed more than 80 per cent of global growth since 2008 and speeded up the reduction of global poverty. The utility of freer trade is not disputed but the injustice of associated inequalities can no longer be treated with band aids. Credit Suisse estimated total global wealth at USD 256 trillion in 2016 but the bottom half of people collectively own less than 1 per cent while the wealthiest top 10 per cent own 89 per cent. Global debt has become a menace, escalating to a record USD 217 trillion or 325 per cent of world GDP in late 2016, the Institute for International Finance (IIF) reported.

Poorer countries did benefit as trade grew from about 40 per cent of global GDP in 1990 to 58 percent of a much larger number in 2015 while foreign direct investment rose from about 10 percent of global GDP to 34 per cent, by World Bank estimates. Many sectors boomed. About 400 communication satellites connect the earth and 5.7 billion people or three-quarters of global population will have mobile phone subscriptions by 2020, says a 2017 GSM Association report.

Malaise is surging in Western factories as workers struggle to compete with high quality but cheaper imports from countries like China, India, Vietnam, Malaysia and others. They see only precarity in their future, and rage even if unwarranted by facts. Political crises loom since frustrated voters are turning to anti-globalization leaders. They see open trade evangelists as elites too insulated from economic pain to empathize with their “down here” anxieties. They no longer believe the dream.

Rising despair with lack of solutions

Therein lies Azevêdo’s challenge. Yes, globalization is desirable but he and others like him have failed miserably to show that their hearts are in the right place. Nor have they shown they have real-world remedies that would reward patience.

President Donald Trump’s rise and Britain’s decision to exit the European Union express the rising despair. Centrist French President Emmanuel Macron awoke new hope but it may be premature because his anti-globalization rivals have half the electorate. His success may not signal a Europe-wide disenchantment with hardline leaders pushing protectionist, anti-immigrant and keep-jobs-at-home agendas.

It would be reckless to pretend that the WTO-backed trade system is delivering for almost half of voters in Europe and America. The reality is that extremists on both right and left are feeding at its trough. Grabbing this bull by the horns may mean turning the WTO away from idealizing open trade to promote job security. That would outrage developing and emerging countries, putting WTO’s relevance at stake since rich country politicians are already disavowing liberal principles to save their own jobs.

New realities are also harsh for workers outside the West. The IIF predicts a fourth straight year of negative capital flows in 2017, with 25 emerging markets seeing $490 billion flow out and only $70 billion come in. China should see net outflows of $560 billion.

On these treacherous slopes, Azevêdo has the Sisyphean task of persuading everyone to keep up the good fight against protectionism and globalization. He is already reeling from the comatose 16-year-old Doha Round of Multilateral Trade Negotiations and Trump’s push for bilateral and regional trade deals instead of WTO’s universal model.

He will have to stare down Trump, the willful protectionist leading the world’s only Super Power and USD 16.5 trillion economy. His job will be gutted if Trump continues to believe that the trade system is rigged against American workers.

WTO is shuddering because global trade flows have changed. Pain is inevitable as frazzled American and European workers adjust to the rising ambitions of hungry millions in new trading powers like China, Russia, India, Brazil, Mexico and South East Asian Nations (ASEAN). If Azevêdo does not reach out to those workers’ hearts and minds, other Trumps will arise elsewhere.

He could also face the financial might of American companies, whose global tentacles are underpinned by powerful lobbyists. Capital Economics estimates that US companies have a cash hoard of $2.5 trillion, or 14 percent of American GDP.  Microsoft and General Electric are said to have more than $100 billion each stashed outside the US, while Apple has $91.5 billion and Pfizer has nearly $80 billion. They could be Azevêdo’s headaches or become allies if he touches the right chords.

Whatever happens, entirely new communication by WTO is unavoidable to interact with both the street and boardrooms, including much smarter use of the Internet. Holding hands with governments or cajoling lobbyists and activists is no longer enough. Some diplomatic decorum will have to be shed to reach ordinary workers.

It is too late to squabble about what caused precarity — globalization, greedy corporations or technologies used to cut labor costs and reduce manufacturing errors. The political costs are already untenable in Europe, Britain and America. They need attention on war-footing before the Western model of liberal democracy is irremediably eroded by alternatives from across the world.  Chinese President Xi Jinping is positioning as the new defender of liberal world trade, freer investments and more globalization.

His latest outreach came at a May 2017 conference in China to promote new $1 trillion investment plans called One Belt One Road (OBOR). He would build roads, rails, ports, pipelines and other infrastructure joining China to Central Asia, Europe and Africa by land and sea, with extensions into South Asia, South-east Asia and the Indian Ocean.

The omens are not too bad since the IMF forecasts global economic revival as of late 2017.  But most richer countries deeply distrust Xi as an authoritarian leading a one-party non-democratic regime nostalgic for Chinese preponderance lost centuries ago. They also worry about the huge risks of doing business in poorly governed countries. For instance, Chinese lenders may be left limping by the USD 55 billion Gwadar corridor in unstable Pakistan and $65 billion lent to chaotic Venezuela. Bad debts could also emerge in several African and Asian countries.

“Every man lives by exchanging,” said Adam Smith in the 18th century. Hopefully, Azevêdo has some tricks for living in this century.

Brij Khindaria is a columnist based at the United Nations in Geneva.