A Tale of Two Foxes 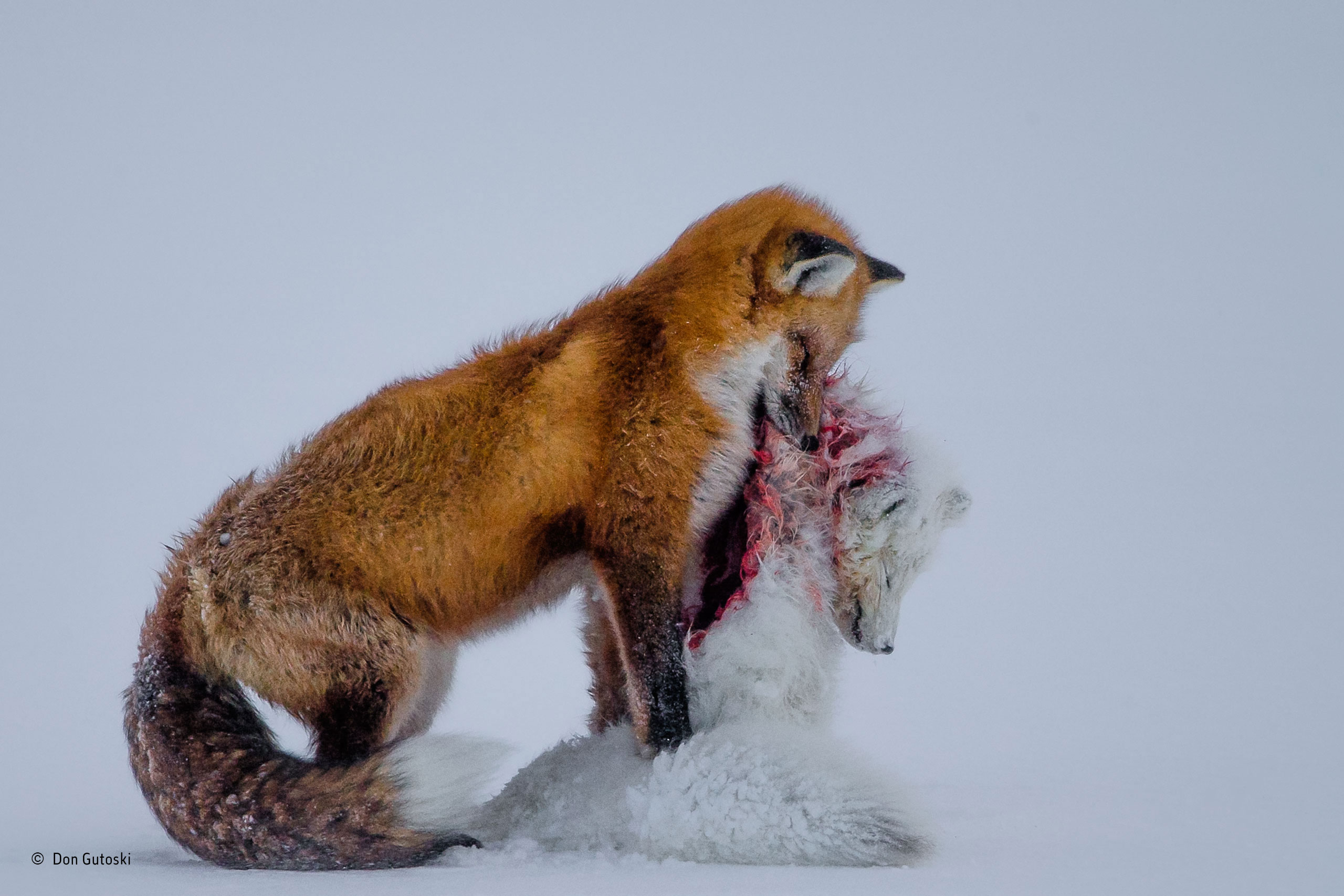 From a distance, Don could see that the red fox was chasing something across the snow. As he got closer, he realised the prey, now dead, was an Arctic fox. For three hours in temperatures of -30 degrees Centigrade Don stayed at the scene, until the red fox, finally sated, picked up the eviscerated carcass and dragged it away to store for later. In the Canadian tundra, global warming is extending the range of red foxes northwards, where they increasingly cross paths with their smaller relatives, the Arctic fox. For Arctic foxes, red foxes now represent not just their main competitor – both hunt small animals such as lemmings – but also their main predator. Few actual kills by red foxes have been witnessed so far, but it is likely that conflicts between the two mammals will become more common.

Don, an accident and emergency doctor, enjoys de-stressing on his 40-hectare piece of land in Canada, which he keeps completely wild. Nature has always been one of his passions, and his fascination with photography started in his teens. He enjoys travelling the world, seeing incredible wildlife, and the challenge of recording these moments.