Sir Tim, now 63, knighted in 2004, has made no secret of how dissatisfied he is with the way the Web is going.  He singles out three trends:

In a general criticism, TBL argues in favour of net neutrality (the idea that everyone should have equal access to the Internet): “Through collaboration with – or coercion of – companies, governments are also increasingly watching our every move online, and passing extreme laws that trample on our rights to privacy. In repressive regimes, it’s easy to see the harm that can be caused – bloggers can be arrested or killed, and political opponents can be monitored. But even in countries where we believe governments have citizens’ best interests at heart, watching everyone, all the time is simply going too far.”

Solid, the project he is developing with MIT, enables users to control their personal data and separate it from applications like Facebook. Users decide who is allowed to access their information, for example keeping health data separate from financial info. The allied start-up Inrupt, with TBL as its chief technology officer, gives users a personal online data store. The $1 million 2016 Turing Prize awarded by the Association for Computing Machinery – “computing’s Nobel Prize” – is being devoted to this project. Accepting the award, TBL said: “I have to accept it on behalf of thousands of people who have helped make web standards and helped protest when net neutrality was threatened.”

One of four children – his parents worked on the first commercially-built computer – TBL at college made a computer out of an old television set he bought from a repair shop.  He has recalled: “Creating the web was really an act of desperation, because the situation without it was very difficult when I was working at CERN later. Most of the technology involved in the web, like the hypertext, like the internet, multi-font text objects, had all been designed already. I just had to put them together.”

The Turing Prize, on the 50th anniversary of the award, was “not just for inventing the basics of the web, but designing them in an elegant way,” the engadget news site pointed out. “His concepts for links (URLs and URIs) were simple and easy to implement, while making HTML the heart of the web helped anyone publish info in a practical format.”

TBL’s own comment: “I’m humbled to receive the namesake award of a computing pioneer who showed that what a programmer could do with a computer is limited only by the programmer themselves.”

CERN developers have recreated the original Web browser interface to show what it looked like 30 years ago. During TBL’s original stint at CERN, he lived in the French village of Cessy in the Pays de Gex, where the Large Hadron Collider is located. Some jokingly note that Cessy should be declared the true home of the World Wide Web – and not CERN – as he probably thought about the idea in his bath. Although approached, TBL has yet to comment on this.

12 March 2019: TBL urges governments companies and citizens to work for a better Internet  through a Contract for the Web. Web Foundation

Contract for the Web

How a young computer scientist at CERN changed the world 30 years ago. LeNews.ch

All the things wrong with the web today, according to its inventor. Wired

Solid, the TBL project being developed with MIT.

8 Things You Should Know about the Web. World Economic Forum 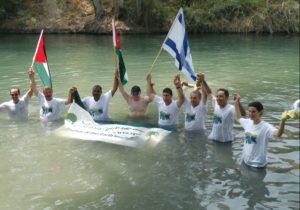 Members of Parliament bet on water diplomacy – and CERN – for the Middle East. https://global-geneva.com//mps-bet-on-water-diplomacy-and-cern-for-the-middle-east/ 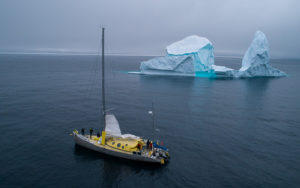 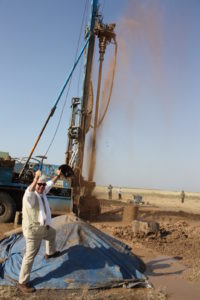 Alain Gachet: a water wizard for the planet. https://global-geneva.com//alain-gachet-a-water-wizard-for-the-planet/

FOCUS on Wildlife & Pandemics: Covid and Conservation in Africa – more than a threat to people and wildlife

Forget the profits. See how UN blockchains can save the world

Overcoming extreme poverty by 2030 – what can you do?

Bombing hospitals and civilians in Yemen