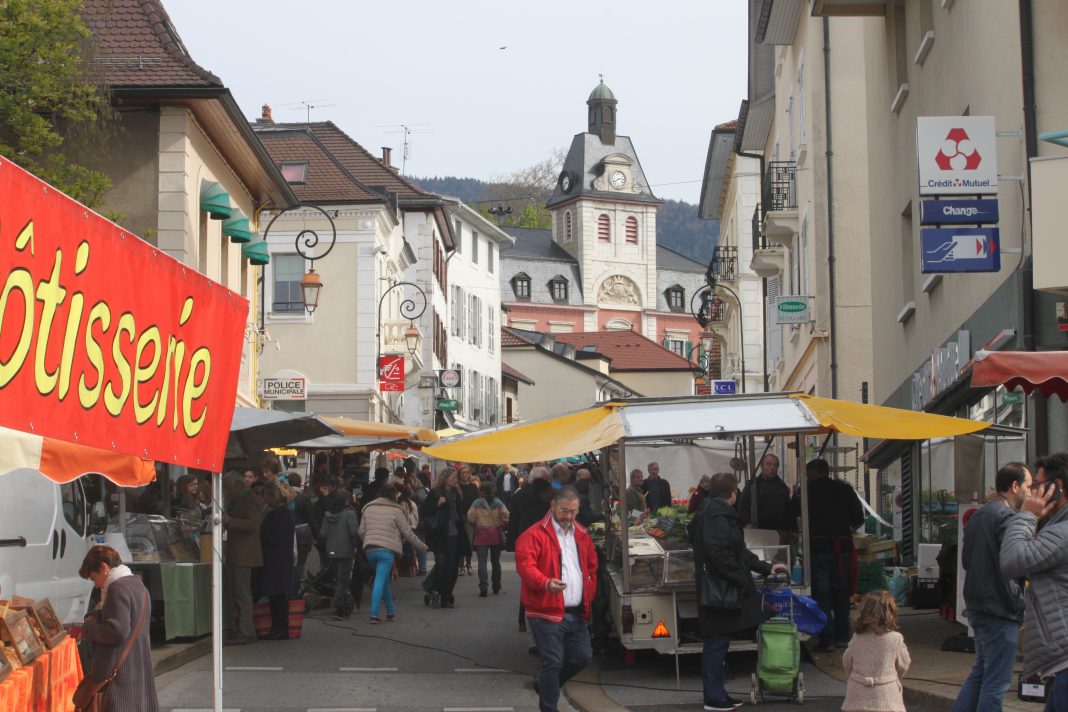 Following the recent 15 percent drop of the Euro to the Swiss franc making neighbouring Eurozone countries cheaper, Swiss tourism is seeking ways of alleviating the extra costs while embracing more long-term and innovative approaches. Journalist and author Edward Girardet, who is based outside of Geneva, explores Switzerland’s tourism predicament and how both the industry and the southern Alpine resort of Leukerbad are focusing on year-round quality and a diversity of activities to attract visitors.

As church bells tolled and fireworks soared into the night announcing the 2015 New Year, my family and I watched in awe outside Erschmatt, a 15th century Swiss heritage hamlet on the edge of the Rhone Valley, as virtually every village across the snow-covered Alps took part in this glittering annual spectacle. In the chalets below, people called out wishing each other the best or took to impromptu sleighing down the slopes.

For someone who often skis or hikes in neighbouring France and Italy, I have always found that the Swiss know how to do their tourism. There is a sense of quality that one simply does not find elsewhere, even if ski lifts, hotels and restaurants are somewhat cheaper on the other side of the border. In addition, most resorts seek to integrate tradition and environmental concerns in a manner that are pursued less vigorously elsewhere. All too often, for example,  – Austrian ones aside (they’re pretty close to the Swiss mentality of neatness) – French resorts tend to come across as slightly trashy, particularly during the summer months when mountain pistes have more of the appearance of a worn construction site littered with gravel than anything else.

Two weeks later after New Year’s, however, the Swiss tourism industry suddenly found itself facing what many resorts feared would result in financial calamity. On January 15, the Swiss National Bank (SNB) announced its unpegging of the Swiss franc from the Euro. It was a decision that unleashed waves of dismay among Swiss businesses, including the Zurich stock market which collapsed. The SNB released its four-year peg of 1.20 francs to the Euro causing the latter to fall to just 0.85 francs.

Since then, the value has levelled to roughly 1.06 CHF per Euro, but still represents a devaluation of 10-15 percent meaning that it is far cheaper to shop, do business or take holidays in other European countries, such as France, Germany, Italy or Austria. Even if feeling somewhat guilty, Swiss shoppers have been flocking across the frontiers to stock up at French and German supermarkets. While the move prompted Swiss stores to drop their prices, many entrepreneurs, such as the watch industry, voiced concern about the dire impact it would have on the economy.

Foreign tourists: will they still come?

For Swiss Tourism, the country’s official tourist office, which only late last year had launched its highly imaginative if not humorously self-deprecating campaign of “Switzerland: The original winter” dating back 150 years, this severely threatened its already precarious position as a global leader for quality winter and summer mountain recreation. Not only does tourism represent the country’s fourth largest source of export revenue, but also a major employer for 4.4 percent of the workforce. Furthermore, only last fall, many resorts had announced price hikes in ski lift charges in order to cover maintenance or new infrastructure investments. With its higher costs, Switzerland is in direct competition with places like Tanzania and Malaysia, but also emerging winter resorts in eastern Europe, Central Asia and Russia.

The decision over the Euro has forced the industry to explore ways of making itself more interesting not only to foreigners, but also its own residents, including the country’s high expatriate population, many of them potential weekend tourists. Despite enjoying a slight rise (0.9 percent) in hotel nights in 2014, Swiss Tourism expects a drop of up to 10 percent for this coming year. “For many Europeans, Switzerland is simply too expensive,” noted one Swiss Tourism spokesperson. “North Americans and Asians on the other hand should not notice the difference. Nor should Swiss themselves.”

As a result, Swiss Tourism has invested 3.9 million francs (4.1 million dollars) in an ambitious add-on initiative to draw visitors, both from at home and abroad, to enjoy Switzerland over Easter and the coming summer. “We’re offering special deals and promotions designed to appeal to Swiss, whose purchasing power has not dropped, but also visitors from other countries who still want quality,” maintained Dominique de Buman, President of the Swiss Tourist Federation.

Family pleasures: snow-shoeing in the Gemmi region above Leukerbad.

For Leukerbad, a German-speaking high mountain resort in the Valais of the southern Swiss Alps just up the road from Erschmatt, its slopes are high enough to remain attractive to skiers and snowboarders. Teenagers particularly like the idea of hitting the slopes but then, at the end of the day, doing the open-air hot baths which date back to the Roman period. “It’s a way of bringing families together,” noted tourist director David Kestens.

Nestled at the back of a forested sidevalley, Leukerbad has long established itself as a year-round resort for all ages, including older people seeking less strenuous forms of outdoor activities such as snow shoeing or walking. With a focus on eco-tourism but also history and cultural events, the town seeks to combine both sports ranging from Nordic hiking and mountain biking to nature viewing, literary festivals, concerts and gastronomic evenings. It also works closely with other Rhone Valley towns and resorts to promote a broader vision of what the region has to offer, such as its numerous thermal baths, Roman sites and museums, all easy day trips.

“I don’t think the Euro is going to make that much difference. What we have to offer is quality, variety and tradition,” added Kestens. “We’re still appealing to both Swiss and foreign residents living in Geneva and Zurich, but also Chinese, Russians, Americans, Europeans…”

The fast-receding Aletsch Glacier in this UNESCO Heritage site in the Valais region of the Swiss Alps. Tourism is no longer just a matter of recreation, but also awareness of the impact of climate change

At the same time, Swiss mountain tourism is being forced to re-think long-term strategies, particularly with regard to climate change. As glaciers recede, resorts of 1,500 metres or less are finding it more and more difficult to focus primarily on traditional snow sports. Many are exploring other options, notably gearing up to year-round activities for all tastes and budgets.

There is also growing awareness that tourism needs to be more closely linked with the Alps as a crucial environmental resource for water, energy and wildlife. The Gstaad-Saanen area, for example, which lies relatively low at just over 1,000 meters, has installed an elaborate ski lift infrastructure, which is now facing problems of viability given often precarious snow conditions. It is now going all out to attract families and to focus more on nature and the outdoors as well as cultural events all year round. As with many certain other resorts, Leukerbad also hosts public talks and conferences for visitors to learn more about the mountains in which they are vacationing, and why skiing can no longer be considered recreation as usual.

Edward Girardet is an author and journalist and until recently editor of Le News, an English-language weekly for Switzerland. He is also a media consultant for global conflict, humanitarian and environmental issues. His latest book is Killing the Cranes: A Reporter’s Journey Through Three Decades of War in Afghanistan.

Oman: The Call of Desert Sand

Cormatin: A Step into French History

Guide to Working and Living Abroad: Staying Sane and Odd Things to Pack