The Valais (or Wallis in German), southeast of Lake Geneva, is one of Switzerland’s most sun-drenched cantons, offering up to 2,000 hours a year of sunlight. The protective positioning of the Alps overlooking the Rhone River and its many side valleys, and the Föhn, a strong, warm, and often dry wind, gives a Mediterranean-style climate to much of this French lower and the German-speaking upper region.

A renowned refuge for such personalities as an intrepid female explorer, a ‘gentleman’ counterfeiter who became known as the Robin Hood of the Alps, and writers such as Rainer Maria Rilke, the Valais seduces many. (See Peter Hulm’s profile of Rilke in Global Geneva). The mountainous landscapes are spectacular; its thermal baths – often dating back to Roman times – are famous; and its hillside vineyards and local food products are known for their superior quality.

In the footsteps of Rilke: Exploring a land of singular magic and charm

Half-way up the Rhone Valley we arrive in Sierre (Siders in German). Known as the Valais’ “City of Sun”, it has more than 300 sunny days per year on average. We immediately made for the Rilke Foundation. “As I see it, the Valais not only encompasses one of the most magnificent landscapes that I have ever had the chance to behold, but also offers that extraordinary capacity of multiple links and forms to our inner world,” wrote Rilke, evoking the singular magic of this region in a letter dated 25 July, 1921 to Marie de la Tour et Taxis.

He was amazingly peripatetic and intensely rhapsodic, perhaps the greatest German lyric poet of the 20th century. Widely travelled throughout Europe, he first unloaded his bags in the Valais in 1921, later making Switzerland his home. Rilke penned some of his most famous works, notably the Duino Elegies and Sonnets to Orpheus, while staying in the medieval mini-castle of Muzot, a 13th century fortified manor house near the village of Veyras just above Sierre.

As I heard from Brigitte Duvillard, curator of the Rilke Foundation in Sierre’s Maison Pancrace de Courten (named for an 18th century soldier made a French count by Louis XV), Rilke was also charmed by the numerous walks he took with Baladine Klossowska, mother of Balthus, the future modernist painter. Rilke wrote the preface to Mitsou, Story of a Cat, featuring the first drawings of the still very young boy. It also represented Rilke’s first published text in French. Rilke enjoyed some of his most fruitful years in the Valais. After a long illness diagnosed shortly before his death as leukemia, he was buried in the churchyard on the hilltop overlooking the small town of Raron/Rarogne on 2 January 1927, aged 51.

Another crucial address for any weekend visit is the Château Mercier on the heights of Sierre. The castle, which was built only at the beginning of the 20th century, offers numerous cultural events throughout the year, and can be rented, but its international highpoint is its Rencontres Orient-Occident/East-West Encounters (ROO) toward the end of May. The gatherings, according to René-Pierre Antille, the director of ROO, “provide a space and time to encourage a broadening of horizons but also to embrace our differences which unite us” with films, exhibitions, concerts, talks and debates.

As part of ROO’s events, for example, Antille brought together key international players such as French sociologist and philosopher Edgar Morin; Palestinian writer and UNESCO ambassador Elias Sanbar; Avrahm Burg, former president of the Israeli Knesset; French Academy laureate Barbara Cassin and international jurist Mireille Delmas-Marty. “In this time of turmoil and the rigid entrenching of identities, the East-West Encounters offer a harbour of conviviality and serenity enabling one to distance oneself enough in order to think about real change, whether between art and thought, elites and the public-at-large,” noted Marie-Laure Sturm, ROO’s coordinator.

Ella Maillart: explorer extraordinaire – from China to the Himalayas of Switzerland

From Sierre, we embarked on an excursion in the footsteps of the world-renowned Swiss author and adventurer Ella Maillart. This meant making our way to Chandolin, one of the Valais’s most evocative locations, facing Sierre and the Rhone Valley from the south. Born in 1903, Maillart proved one of Switzerland’s – and the world’s – most remarkable female travellers. She was also a photographer, film-maker, navigator and member of the Swiss national ski team. Chandolin, which at 2,000 metres is one of Europe’s highest villages to be inhabited all year round, was Maillart’s creative base until her death in 1997. It was also the home of the much-travelled novelist S. Corinna Bille, who was married to the writer Maurice Chappaz, and of her father, the painter Edmond Bille.

As a pioneer breaking down traditional male-only barriers, between two world wars Maillart embraced an exceptional career exploring the most inaccessible parts of central and southern Asia (Afghanistan, Tibet, Nepal. Manchuria, Turkestan, China, India). She wrote numerous books in French and English, but also taught French in Wales, voiced over mountain documentaries in Berlin and managed Switzerland’s female lawn hockey team. Her works included: Turkestan Solo – One Woman’s Expedition from the Tien Shan to the Kizil Kum;  Forbidden Journey – From Peking to Cashmir (her trek across China with British author and adventurer, Peter Fleming, who wrote the same account in News From Tartary.

On her return from India as an intrepid explorer, she discovered Chandolin in 1946. “She found here the Himalayas of Europe,” noted Anneliese Hoffmann, member of the Friends of Ella Maillart Association, who received us in the Chalet Atchala where the explorer lived six months of the year. During her early years in Chandolin, the road ended in the adjoining village of Saint-Luc. Maillart had to walk to her house along what is now known as the Calvaire Trail. In her travel diary, Maillart wrote: “…there is something virginal about this almost uninhabited region. The same characteristics (effluves) as one finds in the Skennis Skali valley. Or above the Yatung on the return from Chumbitang: every leaf, even every tuft of moss, is the queen of the world in complete possession of her power and her beauty.”

A visit to the Espace Ella Maillart, only a few metres from the Chalet Atchala, allows one to admire the photos and objects representing this most amazing life-long odyssey: a white woolen overcoat, boots, travel rucksacks, a typewriter, a prayer wheel, a participation certificate in the Olympic regattas of 1924 signed by Pierre de Coubertin, founder of the International Olympic Committee, and a shot with Nehru, independent India’s first prime minister, who had read her books while in prison.

With twilight approaching, you can walk down the Calvaire Trail in Maillairt’s beloved Helvetic Himalaya. Following a winding road, you reach the Chandolin Boutique Hotel, a jewel of the Swiss hotel industry. Here you are welcomed to an elegant setting where everything is refined, ranging from the exquisite food to the outside jacuzzis. Here you can relax and look across a sea of Alpine summits, including the Matterhorn.  Then, a last glance at the stars from the balcony of one’s room, where all is silent and nothing disturbs the magic of the night.

The next morning, a stroll down to the village with hiking paths leading in all directions. Finally, a slow descent into the Rhone Valley along a precipitous hairpin road with staggering drops and vaulting mountainsides.

In the old Roman city of Martigny, we visited the Fondation Pierre Gianadda, the renowned art museum this year marking its 40th anniversary. The Italian-Valaisan entrepreneur and collector, Léonard Gianadda, who is also a former journalist and photographer, created the foundation in memory of his brother killed in a plane accident. The elegant bijou museum exhibits artworks of some of the world’s leading creators loaned by top museums and collectors.  After a disastrous first exhibition, it has recorded 10 million visitors, with 447,584 for its 2000 Van Gogh show. 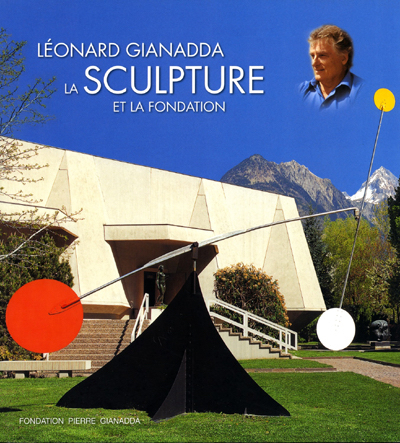 The current retrospective of Pierre Soulages– the French painter, engraver and sculptor – in collaboration with the Pompidou Centre, Paris, runs until 25 November, 2018. Gianadda also organizes classical music concerts, such as with renowned soloist Cecilia Bartoli. Plus Switzerland’s most extraordinary exhibition of classic automobiles (a permanent feature) as well as, around the walls, Gallo-Roman artefacts discovered in Martigny itself. Following a quick snack –apricot tart with fruit of the Rhone Valley orchards – we strolled through the open-air sculpture exhibition in the Gianadda’s garden.

Local specialities, notably great wines and food products, complete the Valais’ spiritual feeling of well-being. Following a visit to the medieval castle of Saillon, dating back more than a thousand years to the reign of Charlemagne, and a break at the Café-Restaurant de la Poste, you can take in the Fol’terres, an agricultural pavilion in the nearby small Rhone river town of Fully. This is where Julian Dorsaz offers the top-quality elixirs from over 100 local wine producers. But first he invites us to taste his exquisite red 2018 Bâton Rouge Orpailleur cuvée together with creamy cheese on a piece of apricot rye bread, another local speciality.

Then onto the vineyards of Farinet on the slopes of the Colline Ardente overlooking Saillon, a trip which you can do by car, bus, bike or by foot. This is the smallest officially registered vineyard in the world. Its vintages have been purchased for charity by the likes of Roger Moore, Zinedine  Zidane, Michael Schumacher, Caroline of Monaco and over 200 other celebrities, all of whom frequented this remarkable micro-domain developed in the 19th century by Joseph Samuel Farinet, a notorious counterfeiter from Italy who sought refuge in the Valais, but became known as the Robin Hood of the Alps for distributing his counterfeit coins to the poor and defying the authorities in Berne. (French actor Jean-Louis Barrault later incarnated Farinet in the 1939 film L’Or dans la Montagne based on the rather inaccurate novel of C.F. Ramuz.) The vineyard was eventually purchased by the Catholic philanthropist priest, Abbé Pierre, who later granted it to the Dalai Lama, the current owner.

Following a stroll toward the bridge overlooking Farinet and a visit to the counterfeit money museum in Saillon Castle, we relaxed in the thermal baths of the Hotel des Bains de Saillon. Here you can enjoy spas, Turkish baths and saunas, pools and even a children’s toboggan in this valley haven before returning to Martigny to catch the train back to Geneva.

Luise Ballin is a contributing editor of Global Geneva. Commissioned to report this piece as the first in our Swiss Journeys series, she received logistical support from the Valais Tourism Office (Valais Promotion).

Other related articles in Global Geneva

Rilke’s Valais: I’ve this country in my blood. By Peter Hulm.