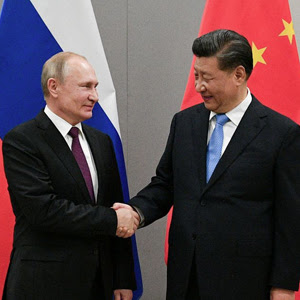 I call this Mort Report non-prophet; correspondents can only speculate on the future based on the present in light of the past. I am scared witless about far more than Ukraine — less because of Russia or China than of treacherous politicians, greedheads and useful idiots at home.

The following column by contributing editor, journalist and author Mort Rosenblum is from his regular comment The MortReport. Global Insights Magazine/Global Geneva Group are supporting Mort’s insightful and frank reporting from different parts of the world. If you can donate to his journalistic endeavour – based on decades of unique reporting experience across the globe – please do so.

Ukraine’s history is long and complex. Just start with the Orange Revolution that began in November 2004 while George W. Bush was wading deeper into needless quagmire in Iraq, which had nothing to do with the 9/11 attack that triggered his all-out war on terror.

Ukrainians, who had fought hard for freedom and democracy, spent two months and a day in freezing weather until they overturned what so many saw as a rigged election. Police held back, fearful of violent response. Casualties amounted to one man who suffered a heart attack.

Contrast that to America in 2016. A plainly evident narcissist demagogue won because so many Democrats sulked when their candidate lost the primaries, and so many others did not bother to vote. He would still be president, I am convinced, had it not been for the Covid-19 pandemic.

We all watched Donald Trump toady up to Putin, taking his side against America’s own intelligence services’ assessments. Congress approved urgent aid to Ukraine, but he held it up in an attempt to extort dirt on Joe Biden. High crimes don’t get higher than such blatant treasonous treachery.

Trump weakened NATO, insulting allies and threatening to bring home troops from Europe if partners did not pay more money in spite of their effective forward defense. And on Wednesday, he heaped praise on Putin. “This is genius,” he said. “How smart is that?…We could use that on our southern border.”

Trump’s humiliating capitulation to the Taliban was not on Moscow and Beijing. Nor was public response in America. Joe Biden managed an inevitably chaotic yet successful evacuation in the impossible circumstances Trump left behind.

As conflict looms with potentially unimaginable consequences, Republicans play politics. Mitch McConnell blames Biden for the Afghanistan response, which, he says, emboldened Putin to react. And Democrats, along with much of the Washington press corps, continue taking pot shots at the president.

Step back and consider the broader backdrop.

Republicans, along with Democratic factions squabbling among themselves over domestic policy, have brought about the nightmare that haunted Richard Nixon: China and Russia have joined together in pursuit of old dreams to dominate the world.

Xi has grander plans to create vassal states all over the map to supply strategic materials, with beholden leaders who stamp out human rights and free expression, starting with genocidal ethnic cleansing at home. He is colonizing from the sea floor to the dark side of the moon, with space stations to render traditional armies and navies obsolete.

Meantime, he is building submarines and warships at an astonishing pace, along with cyber weapons to paralyze economies and confound adversaries’ command and control.

Putin is no longer focused only on the traditional aim of defending Mother Russia from neighboring threats. He is reviving Soviet-era efforts to dominate the Middle East, with ventures into Africa and Latin America.

This is no armchair thumb-sucking. I have watched this take shape in fits and starts since covering the United States and the Soviet Union square off in Africa and Asia during the 1960s. It is no for time for a clown-car Congress. Marjorie Taylor Greene, whose grasp of history extends to recalling Hitler’s “Gazpacho,” is comic relief. Others are hardly funny.

With all of its nuclear superpower, the United States is like a muscular weightlifter made impotent by steroids. It cannot intervene without provoking a world war that everyone would lose. Sanctions achieve nothing in the short-term. Leaders at the top are the last to suffer. Both Putin and Xi are playing for the history books, not simple tactical gains.

As it happens, Biden is perfectly suited to the job. So what if he is no spelling-binding speaker or inept at blowing his own horn? This is not “Dancing With the Stars.”

If all sectors of America cannot rally around the president they’ve got, not the central-casting character so many would prefer, elements of Armageddon are no longer beyond the realm of possibility.

Watch Biden’s clear address to the nation, explaining preparedness to aggression Putin has been planning for months. The ruble has plummeted along with Russia’s stock market, he said, as bank interest rates soar. The Russian propaganda outlets churn out lies (he didn’t mention Fox News, which also qualifies), but prospects are hopeful if Americans hold firm.

A president might be able to forgive student loans by fiat, but he, or she, has little to say about abortion or social and cultural inequality or other issues that America obsesses on even in the face of a threat the country hasn’t faced since World War II.

Biden’s main role, like all president’s, is to confront foreign threats. He has spent a lifetime gaining experience and earning respect among world leaders. Politicians and ill-informed citizens who hamstring him now do it at unthinkably extreme peril.