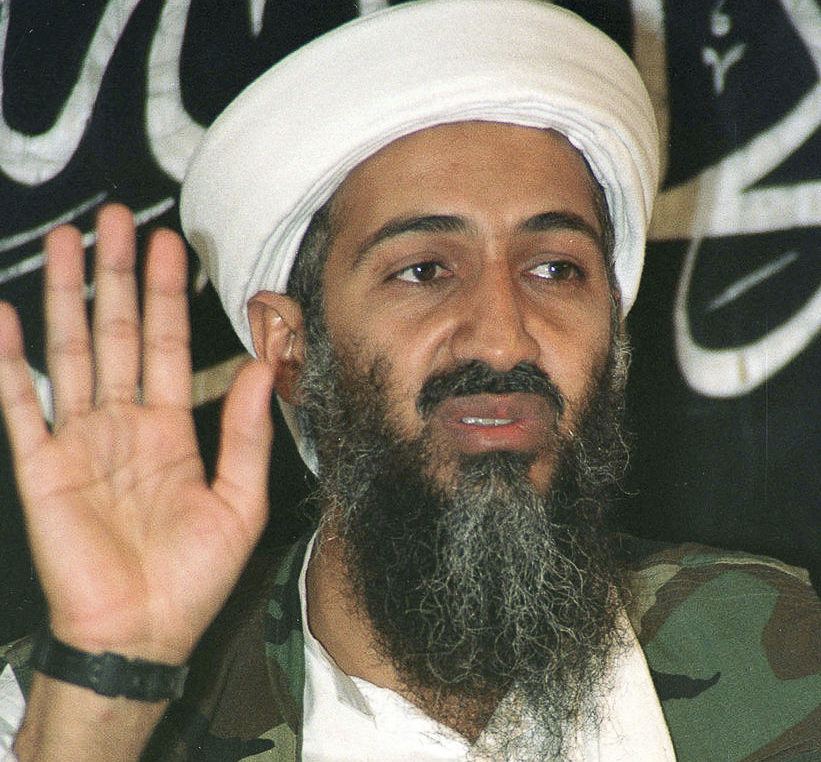 Any individual who has a story to tell about a personal encounter with the good, the bad or the nasty (living or dead) is welcome to contribute to ENCOUNTERS.

The Arabi manned their own trenches well away from those of the mujahideen, as Afghan guerrillas were known. The Afghans did not particularly like these foreign Islamic legionnaires, mainly Wahhabi from Saudi Arabia, Yemen or North Africa. They considered them both excessively wealthy and arrogant, but, in good Afghan tradition – “You can always rent an Afghan; you can never buy him” – they readily took the Arab dollar. Furthermore, if these diwane (crazy people) wanted to die fighting Jihad (holy war), then let them. Most Afghans had no intention of succumbing on the battlefield, even if they did fight hard and well. They were not idiots.

So it was with some surprise that I beheld the strikingly tall Arab with the wispy beard emerge from his dugout demanding to know who I was. He was evidently the leader of this bedraggled group of 60-odd Jihadists. Afghanistan at the time was the only Jihad going, so it had become a sort of rite of passage for any Islamist – a bit like young Americans “doing Europe” after college – to claim that he had spent a few months combatting the filthy Russian kafirs (infidels) in the Hindu Kush. The fact that most did very little fighting was another matter. It was all for show.

“Who are you and what are you doing in Afghanistan?” the Arab demanded in slightly American-accented English. Wearing a military fatigue anorak and billowing trousers with black boots, he scarcely hid his contempt for the kafir a few paces away. He spoke with the confidence of someone from an affluent background who always got his way. Within minutes, a good dozen fellow Arabs, all armed with AK-74 assault rifles or rocket-propelled grenade launchers, had stepped up behind him. In turn, various Afghans came out from their trenches to gather behind me.

This is our Jihad, not yours

It was a curious standoff. I resented the manner with which the Arab had addressed me. So, for the benefit of my Afghan companions, I turned to Abdul, my interpreter, and asked him in English what this man wanted. Abdul glanced at me quizzically. “He wants to know who you are and what you are doing?” he said.

Tell him, I declared as grandly as possible, that “I’ll leave if our Afghan friends no longer consider us their guests, just as I am sure you’ll leave if they no longer consider you their guests.” Grasping what I was doing, Abdul dutifully recounted with amusement what I had just said to the Arab – in English. He then translated the same in Pushto to the Afghans, who now regarded the confrontation as a form of trench theatre to be enjoyed. Visibly annoyed, the tall Arab, who gave his name as Abu-al Kakar, retorted: “This is our jihad, not yours. Afghanistan does not want you.” Once again, Abdul ‘translated’ back to me in English.

I now felt that I had made my point. We began to debate directly, at first heatedly, almost childishly, and then guardedly. At one point, it even became a relaxed conversation. I explained that I had been covering the war since just prior to the Soviet invasion, and had never seen him or any of his colleagues. He glared at me angrily when I also remarked that French doctors – most of them women – had been risking their lives helping Afghans since 1980. I noted that most Afghans welcomed the international aid workers and journalists who had come to their country in their time of difficulty.

“Where were you people then?” I could not help adding. “You just throw money and pretend that you are fighting Jihad.” It was probably not the wisest thing to say. I could hear the giggles of the Afghans as soon as Abdul had translated. For them, this was wonderful entertainment. They clearly did not like the Arabs.

We are here to fight all enemies – Americans, Russians, Israelis

For his part, the Arab commander, who referred to me as a kafir to my face, contemptuously maintained that he was fighting Jihad. “Afghanistan does not matter. It is Islam that matters,” he declared. Raising both hands while peppering his discourse with Koranic references, he claimed that he and his men were here because of Allah. “The Afghans are our brothers of Islam, but we were here to fight all enemies – Americans, Russians, Israelis,” he said.

We talked for nearly an hour. At one point, the tall Arab disdainfully claimed that the Afghans were uneducated and not real Muslims. “We have to show them the true Islam,” he maintained. I was wary of overextending our conversation. With his unsmiling entourage of fighters and my bemused Afghans, it could easily deteriorate. I gestured to my colleague, Steve McCurry, a photographer for National Geographic, who had been clambering over the nearby hill shooting pictures of the government positions below, that it was time to leave. I bade the commander farewell, moving forward to shake his hand. He refused.

If I see you again, I’ll kill you

“You see,” I ventured. “You keep saying how uneducated these Afghans are, and what poor Muslims.” For me, I explained, they understand civilization and hospitality. They will always shake your hand. “That is why this is such an extraordinary country and why this extraordinary people will never be like you.” Of course, I was saying this for the benefit of the Afghans, but I also meant it. As I turned to finally leave, I heard the Arab’s voice. “Don’t come back. If I see you again, I’ll kill you.”

A week later, I was back inside, this time to shoot a television documentary with producer-cameraman Tom Woods to mark the last day of the Soviet occupation. We spent several days filming bombed villages but also newly-established chaikhane (tea houses) and market places catering to the Afghan guerrillas converging for what they expected would be their final victory against the Khalqi. Our Afghan commanders suggested we head down to the frontlines.

As we drew up, the Arabs appeared with their weapons and I warily remembered the final words of the tall Arab. The Afghan commanders, however, dismissed my concerns: “This is Afghanistan. These Arabi don’t tell us what to do.”

“I told you not to come back!” came a loud, irate voice from the scrum. It was the tall Arab. Wearing a beige shalwar-kamiz and a white headscarf, he demanded to know why we had returned. An argument erupted between the Jihadists and the Afghans. Screaming, they levelled their guns at each other. Tom was trying to film discreetly, holding his camera at knee level, but the Arab commander saw the red recording light. “Turn that camera off,” he bellowed. A small, squat Arab stuck his Kalashnikov into Tom’s back, cocking it.

Two mortars slammed where our vehicles had been parked

For the first time, I felt we might be killed. Either by the mortars now exploding less than 150 meters away, or by these deranged Jihadists. Mohammad Ali, our Afghan commander and a former English teacher, obviously felt the same way. He stepped into the melee holding up his arms and shouting in Pashto and Arabic. “Stop! Stop! This is not good for Islam.” At the same time, one of his men bundled us to our pickups. As we careened down the track, two mortars slammed into the very place where the vehicle had been parked, showering us with earth and stones. The other vehicle, now following close behind, remained miraculously unscathed.

A few years later, I found myself in Kabul, which the mujahideen had finally taken, where I bumped into our erstwhile commander from that encounter near Jalalabad. We embraced and sat down at a nearby chaikhana to catch up. “By the way,” he laughed. “Do you remember that tall Arab, you know, the one who wanted to kill you?”

How could I not?

“Well, you know who that was?” Mohammad Ali asked. I shook my head.

Edward Girardet is editor of Global Geneva. You read about his Afghan experiences in his most recent book: Killing the Cranes – A Reporter’s Journey through three decades of war in Afghanistan. (Chelsea Green) Available in French: Il me parait que vous voulez me tuer. (Editions Les Arènes, Paris). Girardet is also co-editor of The Essential Field Guide to Afghanistan (4th fully revised edition) 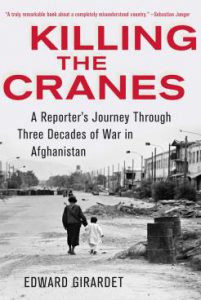 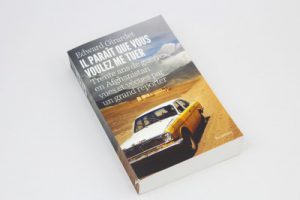