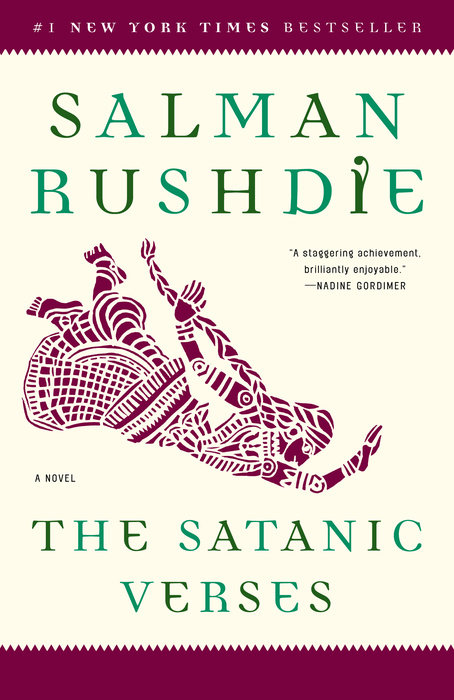 At least two men were brandishing swords, while little boys were picking up stones, a bad sign.

While covering the final stages of the Soviet Union’s nearly decade-long failed war in Afghanistan, both the Christian Science Monitor newspaper and American Public Television’s NewsHour asked me to do several pieces marking the departure of Red Army troops on February 15, 1989. For these reports, I made two clandestine trips into Afghanistan’s Kunar Province passing through Bajaur Agency, one of Pakistan’s seven tribal areas and a no-go zone for foreigners.

Together with American National Geographic photographer, Steve McCurry, we made our way to the front lines where communist forces of the People’s Democratic Party of Afghanistan (PDPA) were now seeking to stave off the advancing mujahideen, or holy warriors, on their own without Red Army support. I was also using this first sortie to undertake a ‘reccy’ for what we would film once my colleague, Tom Woods, a Paris-based filmmaker, arrived to shoot the PBS report.

The Soviets had long since withdrawn from this part of Afghanistan leaving two rival guerrilla shura, or councils, to establish themselves. One represented most of the seven main Peshawar exile parties, while the second was Wahhabi-funded, basically a precursor of the Taliban. This included Arab and other foreign Jihadists seeking to impose their own version of the “New Islamic” man on Afghanistan.

The Arabs pointedly sought to foment anti-western attitudes amongst both Pakistanis and Afghans. They bitterly resented the presence of international aid workers, whom they saw as competition, but also journalists. The Wahhabi made no bones about wanting to see the westerners killed or chased out. Already on entering Bajaur, McCurry and I encountered deeply hostile reactions. In the past, there had always been a degree of suspicion toward outsiders, but also curiosity. Things had clearly changed.

Ever since the publishing of Satanic Verses by British-Indian author Salman Rushdie several months earlier, Pakistan’s hard-line mullahs had been up in arms at Friday Mosque preaching death to all kafirs, or infidels, who blasphemed Islam. Such harsh reactions in the Muslim world reportedly convinced Iran’s Ayatollah Khomeini to announce his fatwa.

The atmosphere on the Afghan side was friendlier. The guerrilla groups were all fully aware of the importance of the press, such as the BBC which they avidly listened to. They were intent that we get our story. They also decided to take us to the frontlines.

On arriving at a series of trenches dug into the rocky hills overlooking the Afghan government positions, McCurry went off to shoot photographs, while I began talking with some of the commanders. At one point, a tall Arab emerged from one of the trenches flanked by an entourage of Middle Eastern Jihadists. He immediately began chastising me as a Kafir, demanding to know what I was doing in Afghanistan. This was their Jihad, he declared. Only several years later did I learn his identity. It was Osama Bin Laden. Threatening to kill me if he saw me again, he made it clear that Westerners were not wanted. (See more detailed account in Killing the Cranes – A Reporter’s Journey Through Three Decades of War in Afghanistan)

On returning to film a week later, we had another uncomfortable encounter with the same Arabs. As government mortars crunched nearby, an angry confrontation erupted between the foreign Jihadists and the Afghans. The latter were pointedly angry at the way the Arabs had treated us. Both sides levelled their weapons at each other. It was only when the lead Afghan commander intervened appealing that this was not good for Islam that we managed to escape with our lives.

Together with our Afghan team, three of whom carried AK-47 assault rifles, Tom and I decided to return to Peshawar. We had enough footage but were deeply shaken by what had just transpired. This was after the Afghan commanders had taken us to a field where the Jihadists had massacred – and partially buried – 60 communist POWs by slitting their throats. We also witnessed Wahhabi fighters in pickup trucks loaded with the captured wives and daughters of government soldiers. They were taking them for forced marriages amongst the Jihadist fighters or to be sold in Saudi Arabia.

Stopping off at a Pakistani army picket fort leading into Bajaur Agency, we broached the subject of the Arabs with the officers. The Pakistanis denied what was happening insisting that the women were refugees and that our supposed Arabs were actually Pushtun Afghans. “They all look the same,” one officer said.

At Nawagai, Bajaur’s main town, we encamped in the bazaar with our TV equipment. We had to wait for our Afghan team to drop off their guns before returning to Peshawar. On leaving the tribal agencies, they were not allowed to enter government-controlled “settled areas” armed.

I sat down next to write up my notes, while Tom wandered off to check out the gun shops. As with most tribal bazaars, you could buy what you wanted in the way of weaponry. As usual, too, a group of curious onlookers gathered, many of them children. A few minutes later, I noticed that the crowd had begun to grow. It was also becoming increasingly belligerent. Some of the men began screaming at me in Pashto. I kept hearing the word: kitab, kitab. Book, book. They also made slicing gestures and shook their fists. I had no idea what was going on.

Finally, a middle-aged man wearing a tweed jacket and prescription glasses stepped up to me. “Excuse me, sir,” he announced. “But I think it is best that you leave.” The crowd simmered down. He was a civil servant on vacation and had come to visit his family in Bajaur, he told me. He just happened to be in the bazaar.

When I asked him why, he said: “Well, the fact of the matter, sir, is that these people – and they are uneducated people – would like to kill you.” At this point, at least two men were brandishing swords, while the little boys were now picking up stones, a bad sign. It had all the markings of an emerging lynch mob. When I repeated my question, the man said: “Well, sir, they think that you are Salman Rushdie.”

“But I don’t even look like Salman Rushdie!” I exclaimed. With the mullahs haranguing their followers about the book, Rushdie was obviously well-known. But I doubted that any of them knew what he looked like. The civil servant nodded. “Well, sir, these people see that you are writing in your book,” he said, pointing to my notebook. “They think you’re from London because of your camera. Therefore you must be a writer from London.” He paused theatrically. “And therefore you must be Salman Rushdie, and that is why they would like to kill you.”

It all made sense. Sort of. The BBC, particularly the Pashto service, was well-listened to by Pakistanis and perceived as representing all foreign journalists, always opened with the words: “This is London.” And hence, given that Rushdie lived in the UK, I must evidently be that blasphemous author. These frontier tribesmen probably could not believe their good fortune that the very man all good Muslims should kill was now standing in their midst clutching a roller pen and a black notebook.

The irony was that I was probably one of the few people who had actually read Satanic Verses, admittedly a very thick book, which I had purchased a few weeks earlier at London Heathrow airport. I had already had conversations with Pakistanis in Islamabad and Peshawar, all of whom had to admit that they had not even seen a copy, and yet bitterly chastised Rushdie for his purported defilement of the Prophet.

My colleague had returned and was gathering up our equipment should we need to make a run. With the tumult now well over 100-strong, the Pakistani civil servant sought to reason with them, but could barely make himself heard. The situation was not looking good.

Just then, our three Afghan aides returned, with their guns. They had heard the commotion and had rushed back. Two of them leapt on top of a car and pointed their assault rifles at the crowd. The other shouted that if anyone dared touch us, they would shoot to kill. The crowd parted, and the Afghans escorted us out.

We immediately sought to hire a vehicle back to Peshawar. The first three drivers refused. The crowd was now beginning to surge forward, screaming. A fourth finally agreed to take us. We piled in and the pickup roared off. We had to detour much of the Agency to return.

Back in Peshawar, the American consul came striding up to us. He demanded to know what we had been doing in tribal territory. “The whole agency is up in revolt,” he said.

Following our near lynching, the crowds had surged to the nearby Afghan refugee camps, intent on hunting down foreign aid workers rumoured to be hiding Rushdie. The Pakistani authorities had to call in the Frontier Scouts to re-establish law and order. And all this because of a novel. I later wrote to Rushdie saying that, Muslim or not, he owed me a drink. We have never managed to have one, but given what he has gone through, I would be more than happy to stand one for him.

Edward Girardet is journalist, author and editor of Global Insights magazine. He has covered numerous wars and humanitarian crises, including Afghanistan. He has also written and edited half a dozen books, including “Killing the Cranes – A Reporter’s Journey Through Three Decades of War in Afghanistan.” Girardet is currently finishing a book – ‘The American Club’ – on Peshawar as the Casablanca of the 1980s.