Look how fast the international community can react.

United Nations experts reported in 2017 that “there will be more plastic in the world’s oceans than fish by 2050 unless people stop using single-use plastic items such as plastic bags.”

In February 2017, UN Environment (the United Nations Environment Programme) launched a “Clean Seas” campaign against marine plastics. By the end of 2017 40 countries accounting for nearly half the world’s coastlines had signed up to the campaign.

Then BeatPlasticPollution was chosen as the theme of World Environment Day 2018. Britain’s Queen Elizabeth banned straws and bottles from royal estates in February 2018, and on 16 January 2019 thirty global companies from the plastics and consumer goods value chain launched a new organization “to advance solutions to eliminate plastic waste in the environment, especially in the ocean”: the London-based Alliance to End Plastic Waste committed over $1.0 billion with the goal of investing $1.5 billion over the next five years.

Clean Seas now has 57 countries, covering more than 60 per cent of the world’s coastlines, all committed to cutting back on single-use plastics. UN Environment’s Annual Report for 2018 says 127 countries have adopted legislation to regulate plastic bags. World Wildlife Day on 3 March 2019 focused for the first time on marine species, with the motto “Saving Seas Just Got Personal”.

But with the fourth UN Environment Assembly (UNEA4) in Nairobi on 11-15 March, let’s not blind ourselves what has actually been achieved.  The U.S, China and India have rejected the idea of targets, although they compromised with a pledge towards the “long-term elimination” of plastic entering the seas. At the end of 2017, China, the dominant market for recycled plastics, banned imports of such “foreign garbage”  creating a potential crisis for many waste-exporting nations.  A side-event at UNEA4 on 11 March spotlighting a 2018 Ocean Plastics Charter which has been endorsed by five of the G-7 nations and the European Union focused  – according to its billing – on ways to “turn commitments into action” by major corporations.

Despite the fanfares, environmental campaigners are sceptical: “Signing on to a voluntary charter that lacks a strong roadmap for reducing single-use plastic production will not begin to tackle these companies’ massive plastic footprints,” said Sarah King of Greenpeace Canada. A U.K. parliamentary expert committee has called for a ban to be enacted worldwide on cosmetic microbeads instead of single national or industry actions. *

Most ocean plastics removal efforts, such as a massive net to collect such garbage, have not worked.  Moreover, bans and controls will only reduce, not solve the problem. Plastics can persist in the ocean for up to 500 years, and everything that’s made its way to the seas remains there, 60 years after the first plastic bags for sandwiches made their way into U.S. supermarkets.

Another “international mantra” in ocean conservation – marine protected areas (MPAs) – has been challenged by a veteran marine environmentalist, G. Carleton Ray, a University of Virginia professor. After a 60-year career that includes helping create the world’s first land and sea park, in The Bahamas, he questions most of the principles on which the world’s 5,000 MPAs are based. He wonders whether MPAs offer “rational” environmental protection. Since he was one of the first to promote these conservation areas, it’s a magnificent example of a scientist being ready to cast off the assumptions that have helped build his career.

Ray issued a challenge to the Bahamas National Trust (BNT) in 2016, in a country which has a sterling record in establishing MPAs. “Bahamas is one of the leaders in establishing marine protected areas,” he noted. With the addition of 18 new MPAs on 31 August 2015, The Bahamas has established 50 marine and terrestrial reserves covering some 10 per cent of its near-shore marine environment. By 2020 it has pledged to protect at least 20 per cent of its marine environment as part of a ten-nation regional project known as the Caribbean Challenge Initiative (CCI).

“What about the other 80 per cent?” asks Professor Ray. “Twenty per cent is a wonderful goal politically,” he agrees. But environmentalists need to ask themselves whether it makes sense to put so much emphasis on marine protected areas as a conservation device, he has suggested.

Ray and a fellow explorer Ilya Tolstoy were instrumental in persuading the British colonial government to make Exuma Cays the first land and sea park in 1958. The BNT was appointed its manager in 1959. Since 1986, after catastrophic fish crashes, the park has been a no-take zone. UN Environment and the Global Environment Facility (GEF) have been funding expansion of the marine protected area system of The Bahamas to conserve a total 2.5 million hectares – a quarter of its terrestrial area of 100,000 km2. This Caribbean nation of 700 islands and a population of over 390,000 is also reported to be the first country to enact legislation establishing a legal trust fund dedicated specifically to financing protected areas management.

Prof. Ray, a pioneer in multidisciplinary studies and the first to use scuba diving in the Arctic to observe marine life, argues that Exuma Park — despite its achievements — highlights the problems with MPAs.

“Are [MPAs] well enforced? The Exuma Cays Park is. Most parks in the world, underwater ones at least, are not well enforced,” he observes. Protect Planet Ocean says that only 1.6 per cent of the total marine area within Exclusive Economic Zones is within Marine Protected Areas — [and] “a much lower proportion are effectively managed.”

The need for a regulatory mechanism

Prof. Ray cautioned against trying to judge the effectiveness of an MPA in less than a decade. “It takes about 10 years to get some idea of [whether] the park’s viable.” But current plans are to expand the Bahamas network to its theoretical maximum within five years.

“You have to have some sort of regulatory mechanism,” he concedes. But three species protected in the Exuma Park show the difficulties of deciding how big to make the protected area. Damselfish need only a small reserve to protect them. Spiny lobster spread out across the whole Exuma Sound during their life cycle but “we can’t establish a marine protected area for the whole sound.” Nassau grouper — “the best-tasting fish on the planet in my estimation”, said Prof. Ray — need the reef shore as larvae and breed out in the deep sea. An effective MPA for the grouper would require the whole Bahamian sea.

Nature cannot be sold for itself economically

Another principle for MPAs as applied by many planners, is that the protected area has to be “somewhat remote from human activity”. But as the Nassau grouper’s life cycle indicates, this may not make sense. Nor does ‘selling’ conservation to policymakers and the public on the economic benefits of nature’s ‘services’. “You can’t sell nature for itself economically,” he argues, and trying to do so just splits the conservation community. He prefers ecosystem management. This does not mean managing ecosystems, as so often promoted, but basing human activities on knowledge of the ecosystem.

In such debates, he wondered in 2016, “do we dare hope that ecosystem science will have a dominant influence?” A UNEP Regional Seas report sets out some of the principles and benefits.

The UN Regional Seas Reports and Studies No. 205 (2018), The Contributions of Marine and Coastal Area-Based Management Approaches to Sustainable Development Goals and Targets (PDF) reports: “Using evidence from the [25] case studies, it was found that area-based management approaches can contribute to thirty-nine (87%) of the [SDG] Targets assessed.”

It adds: “The ecosystem approach is considered to be a key component of area-based management approaches and [is] advocated in many international or regional guidelines. […]  Consideration of the variety of ecosystem services provided to neighbouring communities or stakeholders can facilitate the development of management measures which balance conservation and sustainable resource use.” (p73)

6 June 2019: Plastic pollution found at every depth of the ocean by deep-sea survey. New Scientist. (LINK)

24 May 2019: Poorer countries can now refuse plastic waste imports. An overlooked aspect of the Geneva negotiations reviewing the Basel Convention. The Conversation. (LINK)

We’re Now At A Million Plastic Bottles Per Minute – 91% Of Which Are Not Recycled. Coastal News Today. (LINK) Be careful with this one, the Forbes article actually dates from 2017 and what it actually says is: “One, that globally humans buy a million plastic bottles per minute. The second, 91% of all plastic is not recycled.” Not exactly the same as the headline.

25 May 2019: The alarming trend of beached whales filled with plastic, explained. Vox. (LINK)

22 May 2019: Plastic straws, cotton buds and drink stirrers to be banned in England. The Guardian (LINK)

21 May 2019: Scientists find 414 million pieces of plastic debris on remote islands. That means we may have underestimated the scale of the world’s plastic problem.

14 May 2019: Plastic killing up to one million people a year, says Sir David Attenborough. ClimateAction (LINK)

‘Stop eating fish. It’s the only way to save the life in our seas’ — George Monbiot. Guardian. ‘29% of the UK’s fishing quota is owned by five families. The smallest boats – less than 10 metres long – comprise 79% of the fleet, but are entitled to catch just 2% of the fish. [European]  MPAs are a total farce: their only purpose is to con the public into believing that something is being done.’ (LINK)

5 steps that could end the plastic pollution crisis – and save our ocean. LINKWorld Wildlife Fund via Economic Forum (LINK)

Since the UNEP website is not the easiest to find your way around, here are links to interesting pages:

Global Partnership on Marine Litter and Clean Seas Tent: programme (PDF): “Marine and coastal area-based management can contribute towards a wide range of SDGs and targets, in addition to SDG 14 ‘Life below water’.” [But] “Plans ideally need to include actions, clear roles and responsibilities and indicators to track progress.”

UN report reveals urgent action required to tackle chemical pollution: countries will not meet the internationally agreed goal to minimise the adverse impacts of chemicals and waste by 2020.  “Pharmaceuticals generate at least 25kg of harmful emissions and waste for every kilogram of product.” Climate Action

As editors of Global Geneva, we consider Oceans of part of the ‘International Geneva’ themes that we seek to report. For further information or if you wish to help fund our special Ocean Focus Series, please contact: editors@global-geneva.com 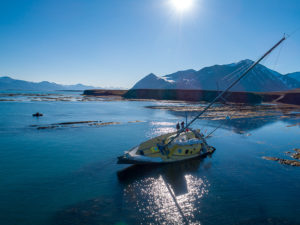 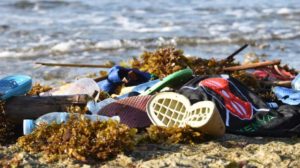 Plastic pollution at Thai Tourist Resort. See a video by Charlene Thiry, one of our Global Geneva Youth Reporters on plastics at tourist resorts in Thailand. See Video.

Charlene also reported on her after school internship from Tanzania’s Ruaha National Park as part of our Breaking In Youth series. Global Geneva’s Young Journalists’ and Writers’ Programme in 2019 is funded by the Alcea Foundation. 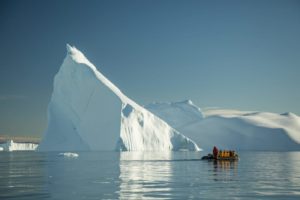 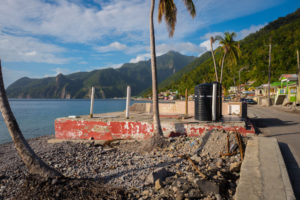 Dominica: Coping with disaster in the Caribbean. https://global-geneva.com//dominica-coping-with-disaster/ 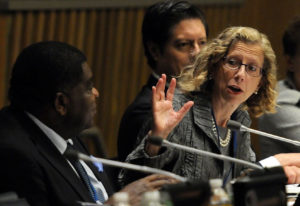 IUCN’s Inger Andersen: No one can go it alone on sustainable development. https://global-geneva.com//inger-andersen-no-one-can-go-it-alone-on-sustainable-development/ 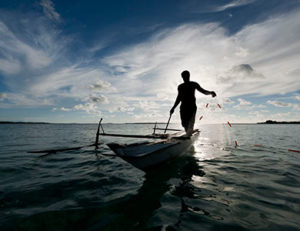 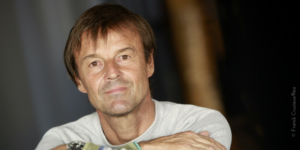 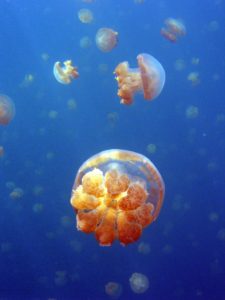 Palau: At the edge of the world. https://global-geneva.com//palau-at-the-edge-of-the-world/