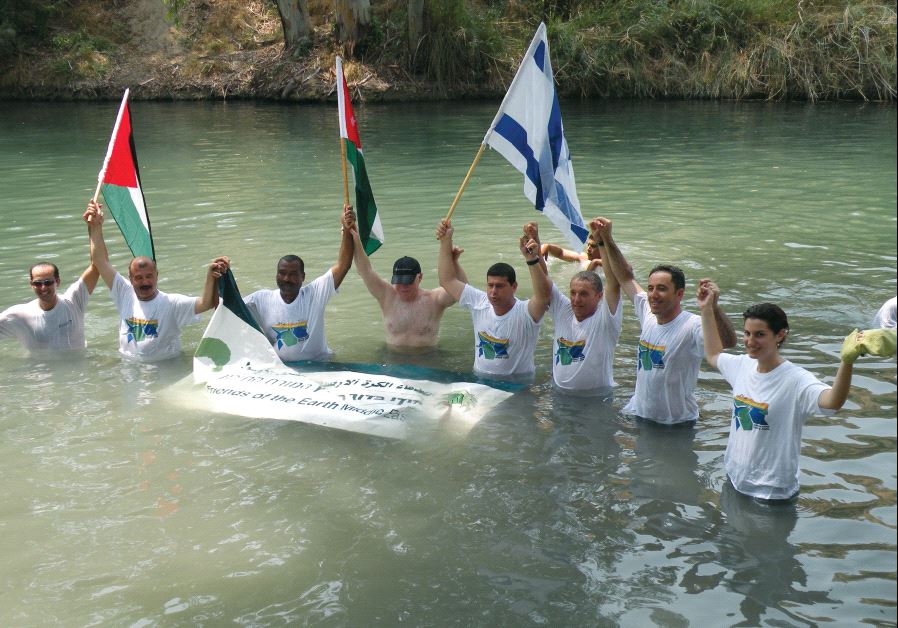 FOR THE GENEVA-BASED INTER-PARLIAMENTARY UNION, the Middle East, particularly the Israeli-Palestinian question, has always remained a sensitive if not difficult concern. Now, however, Switzerland’s support of water diplomacy may offer a new direction for the 173-member global parliamentary organization. It could well enable IPU’s Middle East Committee to promote a more collaborative rather than confrontational approach. (This is part of a multi-article Global Geneva special report on water as a tool for conflict mediation. See Peter Hulm’s cover story Water and Peace in Switzerland and Peter Kenny’s Blue Wave of Peace).

“We should be moving away from the politically sensitive aspects of relations in the Middle East in order to look at issues that could be turned into factors of peaceful coexistence, such as water,” maintains Martin Chungong, the IPU’s Cameroonian Secretary General. (See Luisa Ballin’s companion article on Swiss water diplomacy in the Oct-Nov. 2017 edition of Global Geneva)

The IPU is exploring ways of dealing with potentially controversial issues that could be turned into opportunities for bringing about rapprochement among various communities in the Middle East. The world organization of parliaments recently held two roundtables “to look at issues that are relevant to the existence of the people, be they Israelis, Palestinians or other Arabs. We have identified a number of them, especially water. Because when you say ‘water’ you think immediately of scarcity or a country drawing water for itself, while the rest have none,” adds Chungong.

Members of Parliament in the Committee on Middle East Questions has been examining scientific solutions that could be used to increase the volume of water and to make it more available to everyone in the region. “This approach is shared by all, the Israelis, the Palestinians and other Arabs. Of course, you still have the political ramifications. But when it comes to the implementation of a project, we can say that scientific solutions exist.”

For instance, notes Chungong, the Israelis have positive track records of water management. The MPs are also looking at collaborative approaches implemented by other institutions, such as CERN (the European particle physics laboratory), which enables people of different political sensitivities to work together. While certain countries may be officially not talking to each other, their people and scientific experts are working together.

CERN is therefore a good model to use, he argues. “The Palestinians and Israelis may not agree politically, but when seeking scientific solutions to solve water issues they can work together. By building cooperation, you can help build trust.”

According to Chungong, both the Israelis and Palestinians have endorsed the new IPU approach. “Last April, when we had the IPU Assembly in Dacca, the situation in the region was very bad for the development in the Occupied Territories with the regularization of settlements,” he said. “The atmosphere was hardly conducive for anyone to talk. But when we put the proposal on the table for a second round on water, the MPs on all sides agreed to discuss together. They said that this is one of the few initiatives still alive when it comes to relations between Palestine and Israel.”

Together with members of the Israeli Knesset (parliament), MPs from Ramallah, Jordan, Egypt, United Arab Emirates and Bahrain met with IPU Committee Chair, Denise Pascal Allende from Chile, as well as scientists from CERN. Experts from WaterLex, a Geneva-based organization promoting water cooperation, as well as the Geneva Water Hub headed up by former Slovenian president Danilo Türk were also present. The committee expects to report back to the IPU governing bodies in St Petersburg in October.

The IPU plans to create a network of parliamentary committees dealing with Middle Eastern water issues. It is also identifying projects that will be implemented with support from Waterlex and the Swiss. “We know the grievances of the Palestinians,” says Chungong, “but if we were to increase the volume of water it would take away part of those grievances.”

Contributing Global Geneva editor Luisa Ballin is a Swiss journalist based in Geneva.