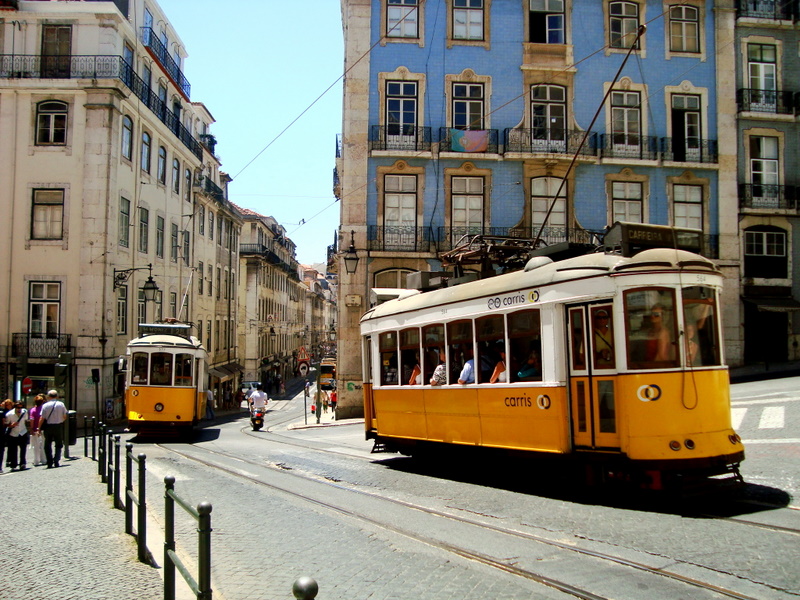 Fun aside, the party assembled 60 friends from eight countries with 4,000 years of experience watching a planet go lopsided.Francisco Pinto Balsemão sparked the same fire I recalled in him from 1980 when we were among newspaper editors – Americans, mostly – in a battle at UNESCO. We blocked the Soviets and “nonaligned” states from forcing journalists to parrot fake news.

These days, Donald Trump’s America has left UNESCO. His assault on serious news media that accurately reflect what he says and does now gives an excuse for Russia and China, along with tinpot tyrannies across the world, to crack down hard.

As a reporter under the António de Oliviera Salazar regime, Balsemão saw how despots depend on a muzzled press. As prime minister from 1981 to 1983, he championed hard charging U.S.-style newsgathering. Today, he is horrified at where America is now headed.

Alternative facts are only part of it. He was troubled by Edward Snowden’s leaks about snooping under Barack Obama. Now he sees Trump going even farther, using executive power for personal vendetta, as well as packing the courts and encouraging police to exceed authority.Balsemão’s message was clear:

Excessive security measures and illegal surveillance don’t make a democracy safer; they destroy it. And the longer a self-obsessed authoritarian is allowed to impose them, the harder they are to undo. 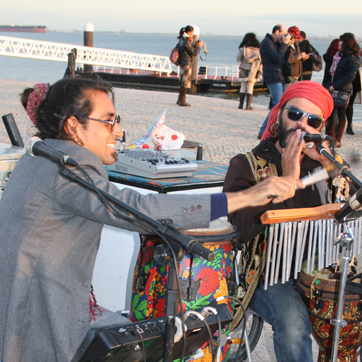 This is Portugal’s open secret. While other countries lock themselves down to feel safe, it opens itself up. It tries not to piss off Muslim or nihilist zealots, and it welcomes refugees, within reason. Tourists pour in, and terrorists go elsewhere.

Portugal found that decriminalizing drugs helps addicts kick their habit. Money not spent on courts and prisons pays for treatment. Beyond that, police are trained to see the public as citizens who employ them. They try not to shoot people.A high point in Michael Moore’s loopy but must-see film, Where to Invade Next, shows Lisbon cops expressing distress in emotional terms at police in America, urging their transatlantic colleagues to show more compassion.

That party was for Dennis Redmont, who joined AP’s foreign service when I did in the mid-sixties and left four decades later, when I did. New managers booted out old hands to save money with cheap young ones. Fresh blood is essential. But so are seasoned veterans with a long view, who can put today’s events into context.Dennis’ first post was Lisbon, where he wrote about underground dissidents. Digging into the files recently, he found Salazar’s goons had dogged his steps and nearly expelled him.

Now Portuguese TV is doing a series about him to remind people of the bad old days.Trusted contacts developed over time tell it straight, such as all those party guests – money movers, diplomats and so much else.

By the time I staggered away, potted in port and danced into dizziness, I had scribbled notes on how Trump was courting calamity in every part of the planet.For instance, I heard details of that Lebanon mystery. Crown Prince Mohammed bin Salman, emboldened by Trump’s carte blanche, lured Prime Minister Saad al-Hariri to Riyahd for a friendly visit and then, essentially, held him hostage until he resigned. Salman thought he was too close to Iran.

But Michel Aoun, Lebanon’s president, refused to accept the resignation. From Paris, Emmanuel Macron demanded Hariri’s release. In Beirut again, Hariri went back to work. I’m skipping the juicier bits to protect my source, but the upshot is obvious enough in the volatile Middle East. Think bulls in china shops.

The next morning, Ana Araia, my guesthouse hostess, laid out her superb homemade preserves but then depressed the hell out of me. She is a Romanian who was 18, full of hope, on that night in 1989 when Nicolae Ceausescu fell, and a few of us reporters got into Bucharest.Ana Araia is how she signs the colorful acrylics she will exhibit soon. “That’s not my real name,” she told me with a rueful laugh. “We Romanians know about paranoia.” And, she added later, disillusionment.

That spontaneous coup was planned in advance, she said, and her benighted country never managed to shake off deep-seated corruption and authoritarian rule.“Just the other day on state television a reporter asked Mihai Tudose (prime minister since June) about protesters in the street,” she said. “He replied, ‘They can suck my dick.”That, naturally enough, prompted me to ask about Trump. Ana snorted. With English syntax and subtleties that elude the American president, she launched into thoughtful invective that filled half a notebook.

She began: “I keep imagining that famous portrait of Abraham Lincoln, tall and dignified, with a caption underneath that says, ‘They let me grab ‘em by the pussy.”Ana was not at the party, but she shared the consensus: Trump is a symptom of something deeply rotten in America.

Too many people fixate on themselves, ignorant of a real world that few care about beyond a quest for safe places to travel.Lisbon booms, she said, because little Portugal has figured out how humans can live together happily and sensibly. She loves the place. But as more of the world shuts down, she fears it is particularly vulnerable to a growing global income gap.

Portuguese who get by on little now suffer from fast-rising prices.Neither China nor Russia can replace America, Ana said, because both are dictatorships with scant regard for the human rights and basic dignities that the United States once tried to defend. Europe is too divided to take up the slack.This was one woman’s view from a small corner of Europe. But Lisbon, where that plane headed from Casablanca leaving Bogart behind, is as pragmatic as places get. After seeing so much at first hand, Ana distilled to its essence a judgment I hear from so many others elsewhere:

Americans, conned by a Hitler-style big lie, are handing over freedoms and irreplaceable natural resource to a bandit government. A small group of oligarchs is looting the economy at their children’s expense. And blind greed, favoring short-term profit over human survival, speeds along the collapse of Earth’s ecosystem.

The worst of it, Ana said, is that this enables demagogues everywhere to repress opposition and plunder at will. Authoritarians on the right or the left are finding Mao was right: power comes out of the barrel of a gun.True enough, she agreed, a political awakening in America could reverse this trend.

But that, she added, is a big if.“I’m afraid that the fascists are winning, and so are the communists,” Ana concluded. “And all of those people who died fighting for something better will have died for nothing.

”Mort Rosenblum is an American author and journalist who has covered much of the planet and is now living and working on both sides of the Atlantic. A former Associated Press senior correspondent, he was also editor of The International Herald Tribune in Paris. His numerous books include: Coups and Earthquakes, Who Stole the News, Little Bunch of Madmen, Olives: The Life and Lore of a Noble Fruit… 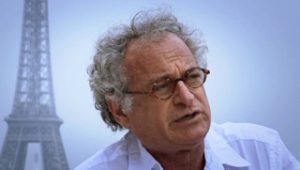 About the Mort Report in Mort Rosenblum’s own words:I spoke at an Arizona newspaper editors meeting, decades ago, about Associated Press foreign coverage. Someone needled me: “What makes you think a miner in San Manuel gives a damn about what happens in (he paused a moment to think of a bizarre sounding name) Zambia?” For one thing, I replied, a copper boom in Zambia had tanked the world price. Soon after, the San Manuel mine closed, throwing the whole town out of work.

Today, what is happening in Zambias across our only planet threatens human survival.After 39 years of covering global stories for AP and several years editing the International Herald Tribune in Paris, I am now happily independent. MortReport is a labor of love, with a lot of help from my friends: old-style correspondents of hard-won experience and young ones with fresh eyes.

We report first hand, with sources we have learned to trust. We base analyses on non-alternative fact.The problem today is not fake news, which is easily debunked. It is well-meant real news that is too often distorted by omission or confusion. Karaoke journalism lets anyone step up to the microphone, even if they don’t know the lyrics.Stories that matter – climate chaos, clashing civilizations and the rest – are all linked, and we connect the dots.

The usual who-what-where questions are not enough. We add historical continuum in broad context: the why and what next. Sometimes, we just have fun.MortReport is also meant as a by-example teaching tool. Some argue today that all journalism is advocacy.

We believe that objectivity – trying to get it right, in broad context – is not only possible but also essential to the survival of open democracy. Balance is not possible when reporting on human events, but fairness is.Please note our address is www.mortreport.org. Some guy who snagged mortreport.com wants 30,000 bucks. Right. And, in fact, we are not-for-profit.

My veteran colleagues and I earn no salary. There is no paywall, and we will not rattle a tin cup. But all support is gratefully accepted to cover plane tickets, libel lawyers, and modest emolument for young reporters who need it.

Make an online donation by credit card here. Checks may be sent to Reporting Unlimited, 2114 W. Grant #38, Tucson, AZ 85745. If you’d like to make a tax-deductible contribution, please email: mort.rosenblum@gmail.com.For more than you want to know about me, and to see my other work: www.mortrosenblum.net.