But first some history. In the crypto world, that means what happened this year.

Braving local criticism, Swiss Economics Minister Johann Schneider-Amman told journalists when he arrived for a private crypto finance conference in St Moritz in January he wants Switzerland to be “the crypto nation” 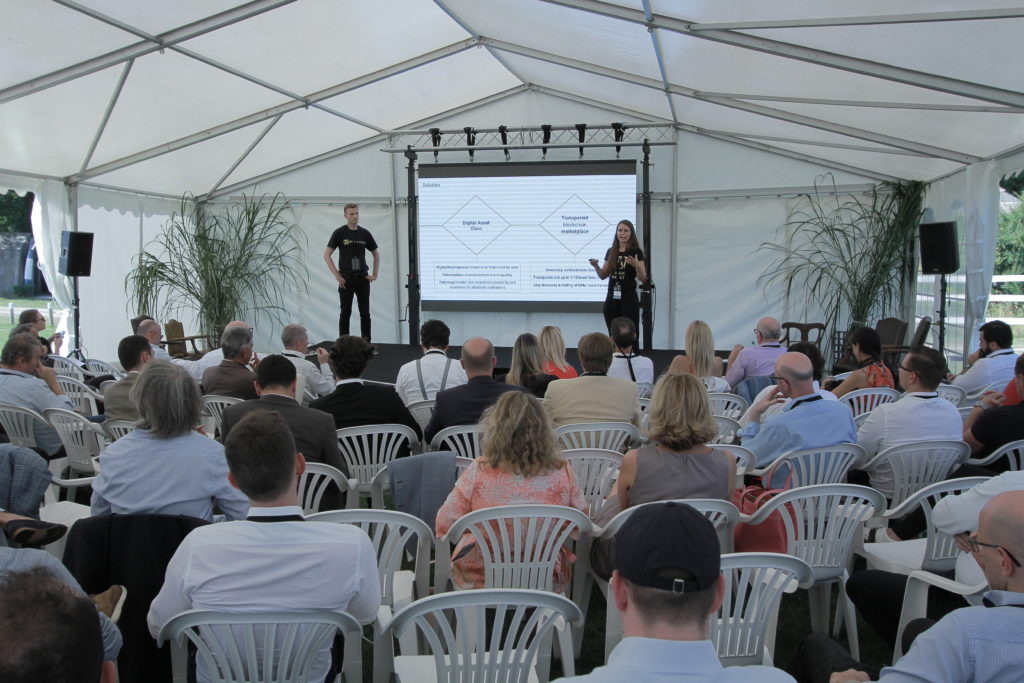 Since then, Switzerland has seen a number of developments in the world of crypto-currencies, an unregulated kind of crowd-funding plus IPO system to fund all kinds of projects that won’t need expensive oversight because they are controlled by computers.

At a CVA Crypto Valley Conference on 20-22 June in Zug, Schneider-Ammann declared: “Hardly anyone still doubts that blockchain will penetrate our entire economy.” He also revealed that his St Moritz statement “won me plaudits, but also a fair amount of criticism”. Nevertheless, four of the six largest crypto fund-raising efforts known as ICOs (Initial Coin Offerings) last year came from Switzerland.

Blockchain Valley Ventures (BVV) was founded in Zug, near Zurich, this May with former executive members of IBM, UBS and SAP as well as Lykke Corp as partners to provide investment, financing, and advisory services for blockchain ventures. The blockchain system is the main ledger recording and validating structure behind cryptocurrencies. See our article on UN experiments with the blockchain.

Zug is already promoting itself as Crypto Valley, with several start-ups and digital currency foundations based in this small town, as well as the Crypto Valley Association (CVA). Ethereum, the biggest rival to bitcoin in the crypto world, has its foundation registered there.

The Swiss Financial Director of Zug, Heinz Tännler, has commissioned the Swiss Bankers Association (SBA) to form a task force dedicated specifically for assisting blockchain companies in opening up bank account, and give banks the support they need to accommodate these companies.

Zug used its e-identity blockchain system in a voting experiment on 25 June-1 July and reported it a success. True, only 72 people voted, but the town itself (pop: 30K) has only 240 qualified voters, and 30% is about the average turnout in local votes.

Lausanne already has a major crypto player in the InnMind network, launched in spring 2016. It connects investors, experts and industry leaders with startups from the emerging world. Its team members live in Switzerland, Belarus, Russia and Ukraine. InnMind took second prize in the 2018 FAVORIT Entrepreneurship Award for companies in Switzerland and Liechtenstein that demonstrate high growth rate and market value and have Russian speaking members in founding team.

Zurich had its first ATM distributing bitcoin in 2014 and since 2016 the Swiss railway system has a bitcoin buying program attached to its standalone ticket automats in some 100 locations.

But Geneva only got a major blockchain organization in July. The Capital Markets and Technology Association (CMTA) was launched in Geneva by a Swiss leader in online banking Swissquote (headquartered in Gland), market software provider Temenos, and the country’s largest law firm Lenz & Staehelin.

According to the press release, the CMTA will focus on creating open standards and toolkits that can be employed by various types of companies to raise capital by applying new technologies and digitalization.

The Republic and Canton of Geneva now includes research and innovation in its economic development division. But compared to other parts of Switzerland it has been slow to come to terms with what has been called “the Fourth Industrial Revolution”.

Smile-Expo, a Russian-focused organization, staged its first Blockchain & Bitcoin Conference Switzerland in Geneva on 21 February 2018 and reports more than 300 participants, but it received hardly any publicity, its targets seem more general than institutional investors, and the defective English of its web presentations does not inspire confidence. 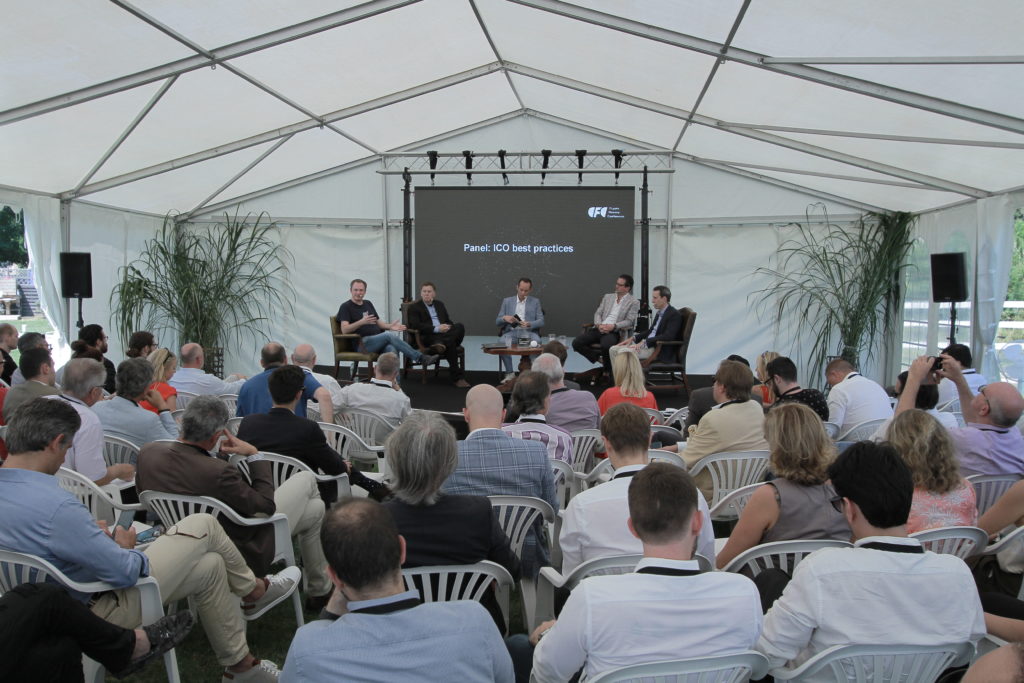 The Geneva Polo Club has stepped in to fill this gap. It teamed up with California-based Crypto Finance Conference to offer a €330 one-day introduction to crypto and seven new investment opportunities known as ICOs (Initial Coin Offerings).  About 100 punters turned up, including many fund managers, indicating how far cryptocurrencies have now become mainstream. They got a free display of polo playing for their interest and lots of opportunities to get acquainted with the crypto world and some of its most eager promoters.

Geneva University has announced a 12-credits Certificate of Advanced Studies in blockchains and distributed ledger systems through a three-month course in English onsite and by video on Fridays and Saturday mornings from 1 March to 8 June.

InnMind held a blockchain leadership conference in Basel on 23-24 November 2018. In mid-December it published its report on the web.

BitFortune.net, which assesses online bitcoin casinos, has also published a useful infographic of how blockchains will disrupt 16 industries, including charities and healthcare. Check it out.

Reporter/video photographer Leo Sojli is an Albanian-born polyglot and polymath. A musician, composer, writer, video and audio producer, Website creator and car mechanic, he runs a webgroup devoted to crypto issues, most recently NFTs (non-fungible tokens made temporarily notorious through CryptoKitties). He is also an aficionado of particle physics and philosophy. He did the reporting and recording for this article.

Peter Hulm has written most of our articles about blockchain and crypto projects in the U.N system.

You can follow crypt developments internationally and in Switzerland at http://www.crosslines.ch.

Travesty of Justice in Nepal