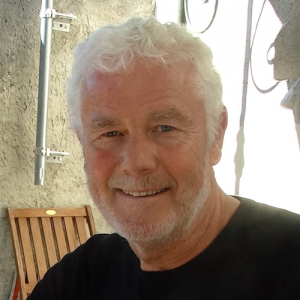 Launching into our second issue of Global Geneva (APRIL-MAY, 2017), we realised that we could not ignore Donald Trump. Or what is happening to democracy, good governance and transparency— all international Geneva themes – in the face of untruths and intolerance not just in the United States but also here in Europe. Hence our cover with a Jeff Danziger cartoon, William Dowell’s Lead Story on Trump’s potential impact on the world and Charles Norchi’s article on how Trump’s policies could affect international law. Plus, the first in a three-part Global Geneva Special Investigative Report, Claudine Girod-Boos on France’s sorry state from ex-prime ministers to mayors when it comes to abuse of power, corruption or conflict of interest, coupled with Part II on how the European Parliament is obliging member countries to become more accountable to their own citizens. (See Part III on how French property developers and government are corrupting urban vision in the Lake Geneva region).

At the same time, there is rising concern with the way information is unabashedly manipulated and abused to push agendas, such as Brexit, or the manner with which Trump has been attacking critical reporting whether by the New York Times or CNN. Hence Mort Rosenblum’s warning that if we wish to cultivate vibrant democracies, we need to have real journalism. And this does not mean ‘media’, or ‘social media’. Both are as banal as ‘food’ and ‘cars’ when trying to describe what each represents.

So, asking our colleagues to write or draw about Trump in a balanced fashion was like suggesting they jump into Lake Geneva in mid-winter. Why on earth would you want to do that? Trump is not just crazy but dangerous. Danziger first sent us a cartoon depicting the American president as a sleazy SS officer. Then one with him urinating into a blue UN helmet. I had not realised how utterly angry — and fearful – so many of my normally calm and reflective journalist friends had become in the face of Trump’s demeaning of traditional American values. “What Trump represents is the last days of Weimar,” said Danziger. “If we do nothing, it’s our fault.”

As democracies go, of course, both Britain and the United States have ranked pretty poorly over the past year. America did not even make it in The Economist’s Intelligence Unit’s latest Democracy Index as a “full democracy.” (Curiously, despite Brexit, the UK did at number 16, while Switzerland came 8th.)

With a disastrously-informed campaign based on lies and disinformation, Britain’s Third World-style approach to Brexit — “Latin American populism” as Alan Greenspan, former head of the US Federal Reserve, put it – demonstrated only too clearly its inability to hold a responsible referendum. Or to ensure that voters were properly informed. How can one embrace a poll asking citizens to make a ‘yes’ or ‘no’ decision that would not only profoundly affect their economic well-being for decades to come, but also the security of Europe when clearly so many had little understanding of the issues at hand? Is that real democracy? Or simply a nation indulging in the pretence?

The 2016 US presidential election took dishonesty a step further. The Trump campaign affirmed that it’s quite all right to propagate lies, fake news, untruths and alternative facts, and that if you repeat them enough, they become reality. What a wonderful lesson to teach one’s children!

Both votes undoubtedly enabled frustrated electorates to stick their finger to the Establishment revealing incredible divides within each country. Many voters felt that they were not being heard, whether by London, Brussels or Washington, and hence welcomed simplistic solutions (“we want our sovereignty back” or “make America great again”) by cracking down on foreigners or blaming their woes on others. This same phenomenon is emerging in countries such as France and the Netherlands, where right-wing politicians are embracing scare tactics directed against migrants and refugees. They also claim to want their countries back.

The fact that all these societies, whether the United States since the early 17th century or Europe (including the UK) since well before Roman times, have always been immigrant societies seems conveniently ignored.

The Swiss would never risk their economic future

As a people, the Swiss have their very distinct cultural divides, but somehow they seem to work things out. Pragmatists, they would never risk their economic future based on a highly questionable referendum that was implemented so shoddily. Not only is Switzerland— a non-EU member — part of Schengen but it is doing everything possible to remain bilaterally part of the single market. This despite a 2014 referendum with a feather wisp majority (50.3%) to impose quotas on EU immigrants. Now, three years later, the Federal Council in Bern — always in search of quiet compromise – has more or less ignored the vote by deciding that it would be like shooting oneself in the foot. Too many Swiss industries, whether tourism, high-tech companies, multinationals, academic research and health care require foreign labour not only for survival, but to stay ahead of the game.

Furthermore, recent polls suggest that over 60 per cent of Swiss would now cast their ballots the other way. Of course, Brussels made it perfectly clear that no special cases would be tolerated, something Britain needs to bear in mind. Either you play by the rules, or you’re out. So the Swiss figure that quiet diplomacy is the best route.

Switzerland: a responsible approach to democracy – and the referendum

The Swiss, who introduced their first referendum 125 years ago, also know something about the process. Held at the rate of one every three months, referendum participation is usually less than 50 per cent but has been rising in recent years. Crucial, too, is the manner with which issues are presented. Last February’s referendum, for example, asked citizens to vote on three critical federal issues. But the ballots did not simply ask on a single page whether to ‘Remain’ or ‘Leave’ as did Brexit. Each election pack always incorporates detailed information with explanatory ‘for’ and ‘against’ arguments, including the government’s own position; all very impressive.

So even if you can’t be bothered to read newspapers or follow the debates on radio, television or social media, you can assume your civic responsibility with a last minute ‘read-in’. Thus, as in this last referendum, Swiss voters could still make relatively informed decisions, such as whether to grant third generation foreign residents the right to easy naturalization (60.4 per cent said ‘yes’); an overhaul of the company tax system (rejected by 59.1 per cent); and a proposal to spend more federal funds on roads (accepted by 62 per cent).

The bottom line is that the Swiss approach not only offers a responsible means of engaging its population in direct democracy, something Brexit completely failed to do, but also a simple, but efficient platform for voters to grasp the key issues at hand. Perhaps even more critical, no Swiss citizen can argue that he or she was not aware.