Gib Bulloch, who grew up on the Scottish Isle of Bute, distinguished himself by leading a corporate “guerrilla movement” inside one of the largest global consulting organizations. Now 51, Gib (born Gilbert, but he prefers Gib) created a not-for-profit “inside one of the most profit driven corporations in the world,” as the book’s blurb notes. But the price of success was ultimately his job, his health and a spell in a psychiatric hospital. Yet out of this experience, he created “a call to action” for a new breed of social activist working within today’s business world.

The foreword by Unilever’s CEO Paul Polman labels the United Nations Sustainable Development Goals as “the world’s business plan”, with the potential to create $12 trillion in commercial opportunities and create up to 380 million jobs by 2030. “If you work on Lifebuoy, you are not selling soap; you are saving and improving lives by preventing the spread of infectious diseases,” Polman declares. All his company’s brands, he maintains, are putting social missions at the heart of their businesses. “The people behind these businesses will, I am sure, be encouraged and inspired by Gib Bulloch’s story, as will many others.”

Alastair Campbell, once the ex-UK Prime Minister Tony Blair’s spin doctor, praises the book for another innovative aspect: “It’s refreshing to see business leaders like Gib Bulloch break the taboo surrounding mental health in the workplace by speaking up, openly and honestly, about their personal experiences,” he writes. Entrepreneur Arianna Huffington gives it another endorsement as “an inspiring personal account of how purpose and well-being can transform the business world.”

Top down is not working

Unlike most business books with charts and graphs and abstract terminology, The Intrapreneur is a stirring personal tale with portraits of the important individuals in Bulloch’s life. “Top down isn’t working. The global elite of today’s multinational corporations are not, on their own at least, going to be the primary drivers of change,” he argues. “Instead, the answer must come from the bottom up, by unleashing the power of purpose-driven corporate insurgencies among employees.”

For Bulloch, intrapreneurs are “the misfits, the rebels and the oddballs” who have “crazy ideas for a new product or service that has potential commercial and social value, but feel disempowered, disengaged or downright ignored by their business leadership”. One motive for writing this book, he says, was because “we urgently need to find ways of ‘democratizing’ the multinational corporation”.

But first Bulloch worked for BP and Mars among the world’s largest companies before joining Andersen (now Accenture). The turning point came in 2000 when he left his Porsche 911 behind with his father in Scotland travelling out to Macedonia as one of the first short-term business partners for the British Voluntary Service Overseas (VSO). “Every day was an adventure, where I never knew quite what to expect,” he recalls.

Bulloch returned to London and Accenture management consultants with a question: Would there be enough Accenture employees interested in working on the other side of the world on half their salary as he had done? In addition, he needed to know whether the business would be economically viable and whether there was a market for Accenture’s consulting services in the non-profit world.

Luckily, he got immediate support from the company’s top level. But a feasibility study for the proposed new programme also discovered that a disproportionate number of the better industry performers across the UK were particularly interested. Creating and building Accenture’s global “not-for-loss” consulting business, ADP, kept him busy for the next 15 years.

Bulloch returned to Macedonia in 2016 and found it “unrecognizable” Not only had the economy improved, but unemployment and, to a certain extent, ethnic tensions, appeared to have fallen. This deepened a conviction that he had developed: “The whole experience has left me with a firm belief that many of the conflicts we see in the world today — East versus West, Islam versus Christianity, the rise of Boko Haram, ISIS, al-Qaeda, Al Shabaab — are largely symptoms of much deeper issues: the extreme and growing inequality and injustice that exist across and within nations. If we don’t tackle that issue head on and offer a future to youth with no education, no job, no money and no hope, then the ideology of grievance and the gun peddled by extremists will sadly prevail.”

Bulloch’s book is no self-promotional exercise from a successful entrepreneur celebrating his career. “I was really very naive,” he writes. “I’d thought that if we were offering high-quality business and technology expertise at about 20 per cent of the normal price, then clients would be queuing round the block for our services.” He had underestimated the deep mistrust that existed between the for-profit and non-profit sectors; something, he adds, that continues to this day.

With pro bono, you get what you pay for

Often the non-profits expected to be given services for nothing, as with other consultancies. Bulloch’s retort is: “With pro bono, you tend to get what you pay for.” But he did offer his services for nothing to Myanmar (Burma), and got into major trouble from the company bureaucracy for it. More often, ADP offered the services of some of Accenture’s best people at 20 per cent of the normal price and paid staff half what they could get from commercial contracts, and it sent them out to the countries where they were needed. He points to the aftermath of the Asian tsunami on Boxing Day 2004 as a time when ADP did some of its best work, after the media and most corporate philanthropy had moved on.

The unit helped charities improve their hiring and training processes to meet the huge demand for new staff on the ground, improved coordination among agencies through technology, and helped develop an early warning system for the next tsunami. “We worked with the likes of the UN and the World Bank to provide business support to local enterprises and start-ups. In fact, we’d find ourselves working on post-tsunami reconstruction across the region for the next three years.”

The challenge is how to transfer expertise in logistics, management and technology

He also points up the lessons to be drawn from Coca-Cola’s Project Last Mile. Coca-Cola knew that simply delivering essential medicines and temperature-sensitive vaccines to children in Africa on the backs of Cola trucks to some local clinic or mom-and-pop shop in a village was not going to do it. “No, the challenge became how to transfer their expertise in logistics, inventory management and technology to what were mostly government-run health systems,” he maintains.

ADP sent out six consultants, paid for by the Gates Foundation, to work with the Ministries of Health and The Global Fund in several African countries. “The result was dramatic savings in costs and a reduction in the lead-time for essential medicines from over 30 days to just three.”

Bulloch, who was named Sunday Times Management Consultant of the Year in 2008, is a co-founder of The League of Intrapreneurs. “When you are the boss you get a disproportionate share of the credit for things going well,” he says. But the converse is also true. “There’s a fine line between being a ‘changemaker’ and being branded a ‘troublemaker’, and intrapreneurs are no doubt a bit of both.” After 13 years he was brought down by big company bureaucracy. “There’s a macho bullshit culture in much of big business,” he adds. This leads executives to drive themselves into breakdown by overwork, he adds.

So what happened to Gib Bulloch? It’s not clear. It might have been enlightenment about the role of business in development, post-Dengue mania or a mental collapse. In any case, he ended up in a mental hospital and he left Accenture in 2016. “At its heart, however, the book is less about the mental health of the individual and more about the mental health of the organizations and the economic system in which they work,” he observes.

To explain his approach, in one chapter Gib writes of asking a business group:

One: fighting poverty in Kenya.

The expected answers , which include the UN, Oxfam, UNICEF and religion, are all wrong. It’s Vodafone. “Kenya was the birthplace of the mobile banking revolution which Vodafone pioneered and which has provided access to banking services for over half of the Kenyan population.”

“Secondly, a mobile banking platform was used to pay police in Afghanistan through Vodafone’s local operator. The frontline police thought they’d been given a 30 per cent pay rise when their salaries were paid electronically into their digital wallets, but they were in fact being paid correctly for the first time, without the corrupt hands of their superiors taking their cut first.”

“As for fistula in Tanzania, Vodafone’s Foundation discovered that very few women were coming forward for corrective surgery, despite an availability of trained medical facilities. (Stigma and travel costs to clinics were to blame.) Mobile technology was used to drive awareness of the availability of corrective surgery…then their mobile banking platform was able to send funds electronically to reimburse travel expenses. The net result was a 424 per cent increase in fistula operations in just eight years.” 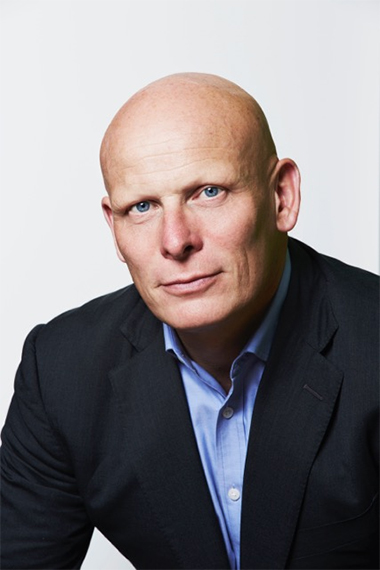 A new/old way of publishing

The book came into being funded directly by readers through a website: Unbound, active since 2010 as the creation of three writers in the heart of London. To date it has published 231 books and over 175,000 people have supported an Unbound project. “If enough of you support the book by pledging for it in advance,” the founders say, “we produce a beautifully bound special subscribers’ edition and distribute a regular edition and e-book wherever books are sold, in shops and online.”

They point out this new way of publishing is actually very old (Samuel Johnson funded his dictionary this way). But the system “means readers are no longer just passive consumers of the books they buy, and authors are free to write the books they really want.” Authors also get 50 per cent of the profits, instead of the usual small percentage of the cover price.

Gib Bulloch’s book The Intrapreneur can be found at https://unbound.com/ for $15 digital edition and $20 plus p&p for the paperback and e-book.

The League of Intrapreneurs

The Circle of Young Intrapreneurs