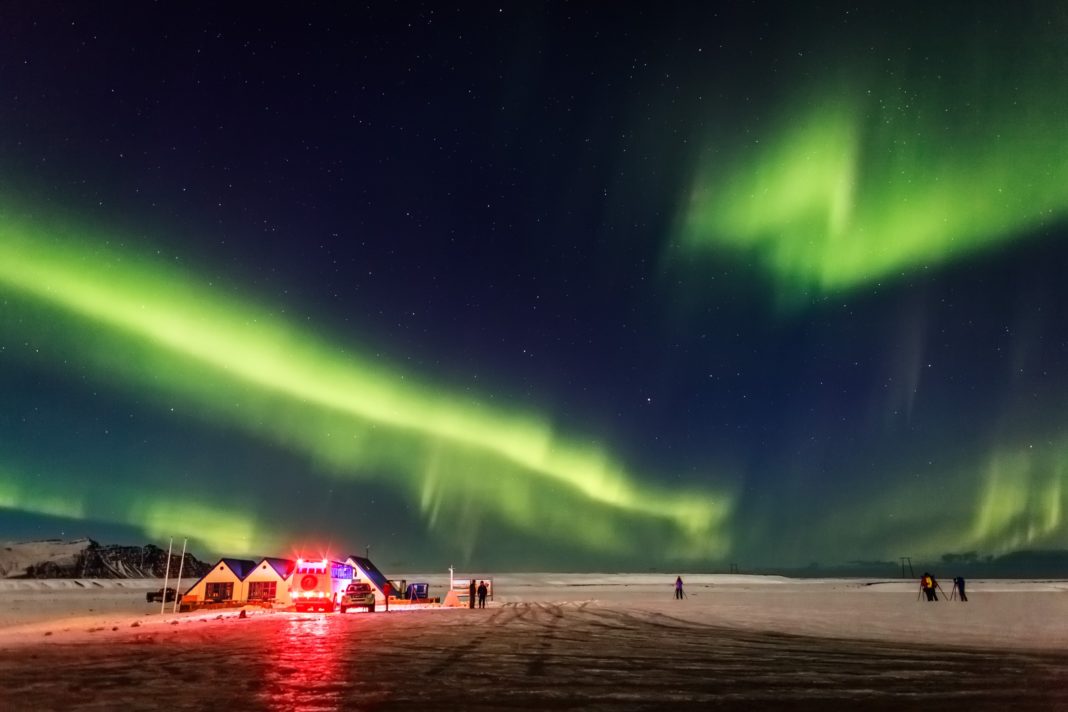 ON 22 MAY 2018 A MEETING TOOK PLACE between the Arctic Economic Council, business and regional stakeholders in Sweden as well as the Swedish Ministry of Foreign Affairs’ Trade Department. The agenda was “business opportunities in the Arctic”. It was not an exceptional meeting but shows that there is gradually more and more emphasis on business in the Arctic. Three immediate take-aways were: a need for infrastructure, infrastructure, and infrastructure – as well as more cross-border collaboration (without barriers) and more job mobility.

A private equity firm, Guggenheim, has estimated infrastructure needs at $1 billion. But what kind? Well, all types: from the traditional types, such as roads, ports and airstrips to newer ones required for telecommunications and the provision of broadband.

But the infrastructure needs also depend on the eye of the beholder. Some see the Nordic Arctic countries as well equipped in infrastructure and privileged to have a Nordic welfare system backing up the region’s (economic) development. Others argue that the welfare system is hindering private initiative. The North American Arctic, they say, has potentially much more drive and available equity investment, both from private sources, and those already in place. However, if you ask businesses, they would say that investment is lacking. And if you ask the investment suppliers, they would say that it is bankable projects that are missing.

What such arguments show is that the Arctic needs to strike a balance between the two approaches: it needs a public-private partnership (PPP) approach unique to the Arctic’s four million inhabitants of whom roughly 400,000 are indigenous.

TELECOMMUNICATIONS: MORE THAN JUST ONE TECHNOLOGY

This, among other things, shows that rule number one when planning in and for the Arctic is that the region cannot be viewed as a single entity. It is several, each with individual and specific characteristics. In Greenland, for example, a sea cable has been established for large parts of the territory (and an extension will be taking place shortly) for broadband access, while Nunavut – the newest, largest and northernmost territory of Canada – does not have broadband at all.

Developing telecommunications infrastructure in the Arctic will require work by, and cooperation among, a constellation of different actors in the public and private sectors. The efforts should continue to include research  institutions, the public sphere and private industry.

However, there is no doubt that providing a more up-to-date, adequate, and affordable access to the World Wide Web would improve the potential for doing business in the Arctic. Private investors as well as telecommunications companies, should view this as an emerging market and good business, while showing patience and a collaborative spirit towards inhabitants of the Arctic.

INVESTMENT AND BANKING OUTLOOK FOR THE ARCTIC

The two major lenders in a Nordic and European context, the European Investment Bank (EIB) and the Nordic Investment Bank (NIB), are already active in the region. They say they have the capacity to lend more, particularly in infrastructure and telecommunication, where private investors need more time and patience to see profit. But Arctic investments are not high risk, says Stephen Hart, head of EIB’s Copenhagen office. The reason why private funding is scarce is that projects are often not commercial.

NIB set aside €500 million to invest in the region in 2015. It is heavily focused on areas such as energy and transport, as well as on small and medium-sized enterprises that might otherwise have trouble obtaining funding. So far it has loaned only €25m. Yet among private investors, as Stefan Friðriksson of the NIB put it, rather than reaping first-mover benefits, they want to avoid first-mover risk.

There’s an indication that private funding is scarce due to few commercial projects. Is the Arctic witnessing a shortage of good and innovative ideas, entrepreneurship and entrepreneurial drive? Is the Arctic lacking first movers, start-ups, micro-scale companies and SMEs along with people ready to do the hard work? Or is it that investing in the Arctic may not be that risky, but it just is not attractive if you want to earn large profits quickly?

In January 2018 the Nordic Council of Ministers’ Arctic Cooperation Program launched an “Arctic Business Analysis” with an emphasis on four areas. One was “entrepreneurship and innovation” (the three others being “bio-economy”, “PPPs and business cooperation” and “culture and creative industries”). The sub-report on entrepreneurship and innovation showed that there is room to nurse entrepreneurial awareness and ability in the Arctic countries and that this can be facilitated through an increased focus on integrating entrepreneurship education into national strategies and that implementation of such education should go through local initiatives and local operators.

So, maybe investment in entrepreneurship, innovation and talent development should take place in and for the Arctic simultaneously with the more traditional investment in, for example, infrastructure and telecommunications.

Regardless of which line is taken and whether investments are carried out in alignment or not, there is no doubt that collaboration between the actors and regions of the Arctic should be strengthened to create critical mass, exploit comparative advantages and implement an organized approach – even when they have different interests.

Nauja Bianco is a “global Greenlander”, freelance journalist and owner of Isuma Consulting based in Toronto, Canada. In her extensive career she has had positions in the Government of Greenland, the Ministry of Foreign Affairs of Denmark and in the intergovernmental organization of the Nordic Council of Ministers all dealing with international relation especially around Greenland and the Arctic.

Zooming in on the circular economy

Post-pandemic: welcome to the multi-speed world of regional disparities

Brexit: A cliff hanger axing Britain’s own legs – and without a Swiss option

Toilets for all: Expanding – and capitalizing on – waste resources

Mega-mergers: can we still control agri-businesses?