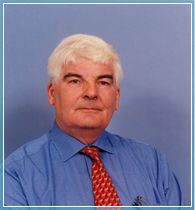 In early June 2001,  the phone rang at Kevin Boyle’s office at the University of Essex, where the  Northern Ireland native and veteran rights activist and lawyer ran the  Centre for Human Rights. It was Mary Robinson, the former Irish President and a long-time friend. Robinson had been asked by UN Secretary-General Kofi Annan to extend her original four-year tenure as UN High Commissioner for Human Rights for another twelve months. Was Boyle willing to accept a one-year position as her chief advisor and speech-writer in Geneva?

In the treacherous political minefield of the UN, Robinson valued Boyle, a friend and colleague for nearly two decades, for his intellect, legal acumen and long track record of defending human rights – his ‘good brain’, as she called it – but also because ‘there is nothing more important than having somebody close to you as a special advisor who also minds your back’. But nothing prepared Boyle for what was to come.

That Tuesday afternoon, Robinson was on a boat off the west coast of Ireland taking a much-needed holiday. In Geneva, just hours into his job, with Robinson temporarily unreachable, it fell to Boyle to begin crafting a human rights response to the  Al Qaeda terrorist attacks that left 3000 people dead in the United States.

A series of intense meetings and discussions followed, as Boyle worked to develop an analysis that would insert a human rights perspective into the impassioned international debate over how to respond. The pressure was extreme. It was, as  Boyle’s wife Joan observed, ‘a baptism by fire’.

Just over a week later, Boyle presented Robinson with a paper called ‘A Human Rights Approach to the September 11 Terrorist Attacks’. Its central argument was that ‘under international criminal law, the … attacks can be characterized as a crime against humanity,’ creating ‘a duty in all states to assist in bringing the culprits to justice.’  But, clearly foreseeing the danger posed to human rights by the possibility of an excessive reaction, it reminded governments that ‘the search for those responsible for the U.S. attacks must be pursued within the law and under the guidance of the international norms of international human rights and humanitarian law’.

Soon after, President George W. Bush addressed an emergency joint session of the US Congress. He used an entirely different formulation. The US was engaged in a ‘war on terror’, he declared, making clear that military action against al-Qaeda and its Taliban backers in Afghanistan was imminent. He made no reference to international law or human rights.

Robinson and Boyle did not question the legitimacy of attacking al-Qaeda and the Taliban, but both believed Bush’s notion of a ‘war on terror’ was fundamentally flawed. ‘It was a war on an abstraction,’ Robinson said, increasing the possibility of human rights abuses and having the potential to undermine the broad international support the United States enjoyed in the immediate aftermath of the attacks.

American officials, however, were sharply critical of  Boyle and Robinson’s position. On many mornings, Boyle’s phone would ring and someone from the US mission to the UN in Geneva would launch into a bitter tirade about Robinson’s public statements.

Meanwhile, with the UN Security Council’s Counter-Terrorism Committee having mandated that all 191 member states provide reports on their counter-terrorism efforts, Boyle and Robinson grew increasingly concerned that protection of human rights was not being taken seriously. To convince the Committee, Boyle drafted a detailed memo which Robinson sent to the chairman, Britain’s UN ambassador Sir Jeremy Greenstock. In it, Boyle laid out a series of key legal principles – necessity, proportionality, non-discrimination, and due process – and the international legal framework that underpinned them.

He then posed twenty-one questions which he urged the Committee to consider in assessing the performance of governments. They included whether any new anti-terrorist legislation could be used to curb peaceful activity protected by international human rights laws; what measures were in place to prevent torture and other abuses and ensure that information obtained through mistreatment would not be admitted as evidence; whether counter-terrorism measures could lead to discrimination on the basis of race or religion; and what provisions existed to ensure that claims of asylum were not rejected based on unfounded allegations of terrorist activities.

He also raised a question that would soon become a new point of contention with the US: ‘Do your counter-terrorism measures allow for the trial of civilians on terrorism-related charges by special or military courts?’

Around the same time, President Bush issued an executive order authorizing the creation of military tribunals for the detention and trial of non-American citizens suspected of involvement in terrorism. The order in effect created a parallel structure where the US could detain and try people outside the American criminal justice system. The move set off alarm bells. Boyle drafted a note to Robinson outlining its dangerous provisions: detainees could be held indefinitely; they did not have to be told the reason for their arrest or of the charges against them; they were not guaranteed legal representation or the right of appeal. The executive order, Boyle concluded, posed ‘a direct threat to fundamental rights…[and] will not only occasion lasting damage to the ability of the U.S. to champion human rights and the rule of law around the world, but it will also undermine the human rights standards that underpin the collective efforts currently being deployed by the international community to define and distinguish acts of terrorism from legally permissible conduct.’

Boyle urged Robinson to make a ‘strong appeal’ to Bush to rescind or at least modify the order. But the appeal fell on deaf ears. Hundreds of people were caught up in the new US system, held at secret detention sites in Afghanistan and, starting in January 2002, at the US military base at Guantánamo Bay in Cuba. In the months that followed, reports emerged of brutality and torture, as well as detained suspected terrorists being sent to other countries with well-established records for torture like Egypt and Morocco.

In February 2002, increasingly concerned not only about the American administration’s behaviour, but by the fact that, in many countries, cracking down on terror was being used as an excuse to erode civil liberties, curb peaceful dissent, and imprison political dissidents, Boyle worked with Robinson to draft a long document for the UN’s Human Rights Commission called Human Rights: A Uniting Framework.

The document reiterated the argument that the 9/11 attacks should be seen as a crime against humanity, but maintained that ‘an effective strategy to counter terror should use human rights as unifying framework’ It called on all states to implement the anti-terror steps spelled out in the Security Council’s resolution 1373 ‘in a manner consistent with human rights’, and concluded by directly challenging the view that some rights might need to be curtailed to combat terrorism. ‘There is wide recognition that ensuring respect for human rights and dignity throughout the world is the best long-term guarantor of security.’ To reinforce the point, Boyle’s list of twenty-one questions was inserted as an annex to the formal text of Robinson’s speech, a clever bureaucratic move that made the checklist an official UN document.

But this simply further angered the Bush administration, and by the spring of 2002, it became clear the US was determined to force her out. Under intense pressure from Washington, Annan agreed not to back her for a full second term. For Boyle, her forced departure was a bitter disappointment

Since that time, as regimes from China to Turkey to Syria, as well as an increasing number of western governments, have used the real or imagined threat from “terrorism” to justify a sweeping range of repressive policies, it has become clear that the concerns Boyle and Robinson articulated immediately after 9/11 were justified. Indeed, the erosion of protections has been so extensive that there have even been  headlines recently about ‘the end of human rights.’ But Boyle saw himself, and the human rights movement, engaged in a never-ending struggle, one that would require frequent adjustments of strategy and tactics without losing sight of the long-term goal. In January 2001, for example, while awaiting a ruling from the European Court of Human Rights on a case concerning NATO’s bombing of the Serbian television headquarters in Belgrade in 1999 which left sixteen civilians dead, Boyle wrote, ‘we see this case as just one modest step on the long road to the rule of international law. Even if we fail, ultimately someone will build on it.’

This kind of clear-eyed, understated, but committed view underpinned Kevin Boyle’s approach to human rights, as did his refusal to lose hope or give up. As Mary Robinson declared in her farewell speech as UN High Commissioner for Human Rights on 11 September 2002, using words Boyle may well have crafted and certainly agreed with, ‘human rights are not expendable. It is time for those who believe in human rights to keep their nerve’. That was true then, as the world reeled from the fallout of the 9/11 attacks a year earlier. It remains equally true today. 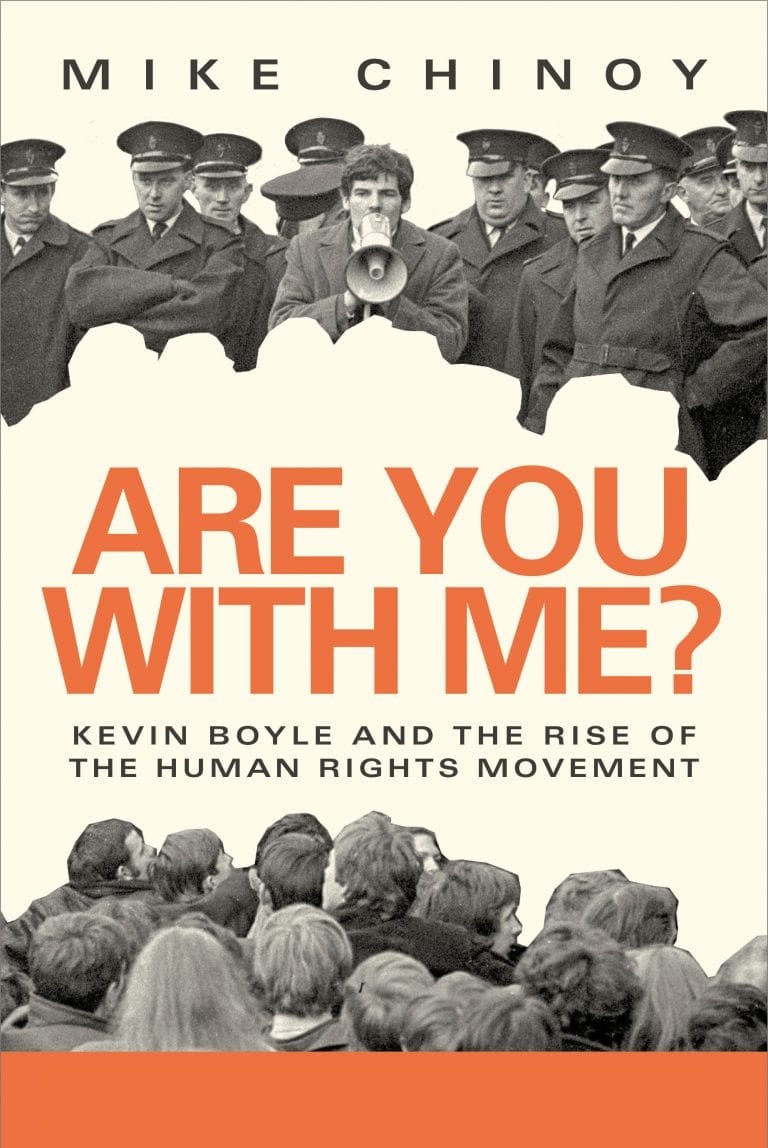 Are you with me? can be pre-ordered through Lilliput Press: https://www.lilliputpress.ie/product/are-you-with-me

As a foreign correspondent for CNN for 24 years, Mike Chinoy won Emmy, Peabody and Dupont awards for his journalism. While he worked primarily in China and North Korea, he also reported on the Troubles in Northern Ireland in the 1970s and 80s. It was during this time that he met Kevin Boyle. Chinoy is currently a Non-Resident Senior Fellow at the University of Southern California’s US-China Institute and is based in Hong Kong. His books include China Live: People, Power, and Television Revolution (1999), Meltdown: The Inside Story of the North Korean Nuclear Crisis (2008), and The Last POW (2014).