“We can’t thank them all enough,” says the Bahamas Minister of Tourism of Staniel Cay’s swimming pigs. “We should give them all knighthoods.”

But even the folk of Staniel Cay in the Exuma archipelago of The Bahamas are puzzled to explain the worldwide popularity of their swimming pigs. 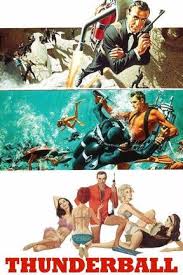 Staniel Cay became the setting for the James Bond film Thunderball in 1965, leading to the renaming of a limestone grotto as Thunderball Cave. The island was also a location for the Bond blockbuster Never Say Never Again in 1983.

The pigs swim free at Big Major Cay (pronounced key as in Florida key), just north of Staniel, which itself lies 120 km south of the Bahamas capital Nassau and covers an area of less than 5 sq km.

A number of the 118 literally dirt-poor, but apparently contented, inhabitants of the island think their pigs may date back to 1783, when American loyalists (to the UK) left the South and settled the archipelago with their slaves, bringing along their taste for pork in all its varieties.

Some stories suggest the pigs were left on Big Major Cay by sailors as potential food. When the ships failed to return, the pigs went feral. or maybe the pigs swam over from a shipwreck nearby, as the pigs’ own page on the Official Bahamas website suggests.

Locals have a different explanation, as documented in Bahamian Charlie Smith’s Pigs of Paradise (2018) film and T.R. Todd’s book of the same name. The film covers the pigs’ amazing rise to global fame in a section entitled An oink heard around the world. Former U.S. astronaut Scott Kelly, who described The Bahamas as offering the most beautiful view in the world from space, narrates the film.

As the locals tell it, their lives changed forever at the turn of the millennium.

For years, their lives had been blighted by the smell of the pigs corralled near their houses. So someone had the idea of taking the pigs to an uninhabited island a mile (1.6 km) away with plenty of cover.  There were five baby pigs at first.

Food and fresh water were delivered regularly by the Staniel locals, and pretty soon the pigs started walking out into the water when they heard motorboats approaching. When they began swimming is still debated.

But come 2000, the world went through the computer scare known as Y2K. The world’s computers were expected to crash, unable to handle dates past 1999 and causing a global meltdown of communications.

To ensure that Staniel, and perhaps other islands in the Exuma chain of over 300 cays and islands starting 35 miles (about 70 km) southeast of Nassau, would have enough emergency food, inhabitants took more pigs across to Big Major Cay. Pretty soon, the cay became Pig Beach to the locals.

Somehow, largely through social media, the fame of the swimming pigs spread outside Staniel. One-day tours from Nassau became common ($360 per person in 2018) or from Great Exuma’s capital Georgetown ($220).  Everyone and their children took selfies. One of the most popular episodes of the reality TV show The Bachelor featured the stars and pigs playing in the water together, and a short film, “Where Pigs Swim”, became an Internet star attraction. Soon visitors could fly direct from Fort Lauderdale, Florida, to Staniel Cay.

Now the government boasts that Staniel, unlike much of The Bahamas, has no unemployment. Other Bahamian islands have set up their own pig beaches. To reduce the time it takes to reach the animals, local entrepreneurs created another pig beach closer to Georgetown (a half-day trip) and placed farm-raised pigs there.  In the nature of weblog evolution, one blogger wrote a page in 2018 entitled “4 Reasons Why You Should Skip Seeing the Swimming Pigs”.

More seriously, in 2017, seven pigs on Pig Island were found dead. News sites jumped to the conclusion that tourists had killed the pigs by feeding them beer. A visiting vet, who specializes in porcine medicine, found several others exhausted in the brush and quickly brought them antibiotics and fresh water. She suggested they were dehydrated from swimming in salt water. Humane Society inspector Ventoi Bethune told National Geographic that the dead swine had likely ingested sand when visitors threw only small amounts of food on the beach and there was an unusually dry January.

Today, a local resort hotel supplies its leftovers for the 20 remaining pigs, tourists are encouraged to feed them only carrots provided by the tour operators, and the tour includes only one hour at Pig Beach, with an excursion elsewhere to see marine iguanas, rays, sharks and tropical fish. Meanwhile, Staniel stays as determinedly laid-back as ever.

Pigs of Paradise was featured at the fourth FLiFF OnLocation festival in Grand Bahama on 16-17 March 2019. FLiFF is the Fort Lauderdale International Film Festival, taking place for the 34th time on 1-7 November 2019. You can also see a video on the swimming pigs of The Bahamas.

Global Geneva contributing editor Peter Hulm lives part of the year in The Bahamas with his marine biologist wife; the rest of the time in the Swiss Alps.