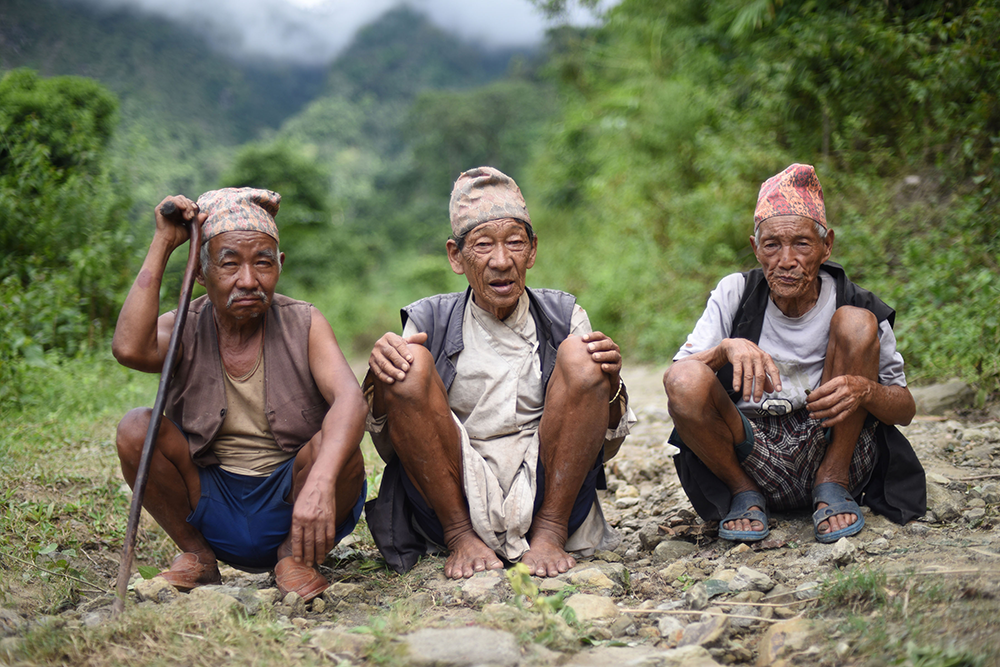 Rajeev Goyal and Priyanka Bista are concerned. Not too long ago the Himalayas and the Hindu Kush from Tibet to Nepal were virtually inaccessible to almost anyone who was not native to the region. That quality enabled them to become one of the last pristine refuges of Nature. Not any more. Endless waves of tourists ready to spend small fortunes to scale Everest and the lesser mountains were the first invaders.  Now, China plans to revive the ancient Silk Route as a way of extending its commercial reach across Asia, threatening to disrupt the region’s equilibrium even more.

Nepal is a geographically small country with a densely packed population of nearly 29 million people.  Roughly 80 percent live in rural villages.  The immediate reaction to China’s expressed interest in establishing commercial links to India with a route that runs through Nepal has triggered a frenzied land grab with little or no concern for the environment. The thirst for quick profits threatens ecological disaster.

Rajeev is a New Yorker of Indian extraction. His fascination with Nepal grew out of a tour with the Peace Corps spent in a remote Nepalese village, which became the subject of a book, The Springs of Namje.  Priyanka is Nepalese, but emigrated to Canada as a teenager. She ultimately studied architecture and encountered Rajeev when she began looking for work that involved Nepal and heard that Rajeev was working on an interesting project.  They were soon married. The project that had enflamed Rajeev’s passion was nothing less than documenting and, if possible preserving the Himalaya’s astonishingly broad biodiversity before it fell victim to careless exploitation.

Although Nepal only occupies 0.09 percent of the earth’s surface, it ranks 21st for the depth and variety of its flora and fauna. In Asia, it is the 11th most important area for biodiversity.  What makes Nepal different from other regions is the extraordinary range in altitude made possible by the world’s highest and most majestic mountains.  As Rajeev sees it, a failure to document Nepal’s enormous natural resources could mean that the human race loses forever the opportunity to discover an as yet unknown plant that might make a critical difference in medicine or science.  Both he and Priyanka are convinced that time is running out.  From 1990 to 2005, Nepal lost 25 percent of its forests. And that kind of degradation seems likely to accelerate now that the Chinese have expressed an interest.

Rajeev’s solution: work in conjunction with Nepalese farmers to preserve sample plots of land that are strategically placed to enhance the study of biodiversity at different altitudes.  Eventually, if properly funded, the project will create a biodiversity belt running from the Himalayas in Nepal as far as Myanmar or Burma.  The corridor will be open to anyone wanting to study nature preserved from exploitation. The exhibition plots will also serve to illustrate for Nepalese villagers themselves the value of the biodiversity that already surrounds them. That more than anything else is the most effective argument against mindlessly stripping the land.  To bolster his own knowledge, Rajeev, who already had a law degree, attended Cornell and did a masters in biodiversity.  The real education, however, has been on the ground.

What Rajeev and Priyanka envisioned as they plunged into what came to be known as the KTK Belt project was the creation of a “vertical university.” The 8,000-meter high mountain, Kanchenjunga, in Eastern Nepal and the world’s third tallest peak, would serve as the initial campus. The Nepalese indigenous inhabitants would serve as ‘professors’ revealing their knowledge of how the land and its life actually function.  Priyanka, whose interest in architecture also covered the structure of complex programmes, would organize deeper scientific inquiries from world experts.

In 2013, the project kicked off with the purchase of 100 acres of land at 20 carefully chosen strategic locations. The sites were at different altitudes, moving up the 8,000-meter mountain. Each plot was imagined as a ‘learning ground’ and functioned as a community seed bank, agriculture research and demonstration site, and resource hub for alternative energy and conservation infrastructure. The ultimate goal was to engage multiple stakeholders to create a botanical conservation and education corridor running from Koshi Tappu, one of South Asia’s largest aquatic bird sanctuaries, adjacent to the Indian border all the way to Mount Kanchenjunga.  A local school teacher Kumar Bishwakarma, who is also a medicinal plants expert, led a research team reporting on the indigenous knowledge that local people expressed about their surrounding landscapes. In a little more than 20 square kilometres, the team discovered 412 unique plant species, belonging to 96 plant families.  That was just a beginning.  In a KickStarter appeal, Rajeev and Priyanka managed to raise more than $100,000 to expand the project’s reach.

While other NGOs have tried to contribute to Nepal’s environmental protection, the KTK-Belt vertical university project has a number of advantages. First, its location is on the ground in a remote area.  Second, it has integrated local Nepalese into the project, villagers who actually own the land.  As a result, the project has access both to the land and to information that would normally be almost inaccessible for the average run-of-the-mill internationally-based organization. For Rajeev and Priyanka, the work so far merely constitutes a beginning. The real challenge is how to save the mountains, not just for Nepal, but for the world.

Global Geneva America’s Editor William Dowell, a former foreign correspondent for TIME and ABC News, is a writer and journalist based in Philadelphia.