In this review for The Australian, the BBC’s renowned former correspondent in India looks at the late Angus Mcdonald’s new book, India’s Disappearing Railways: A Photographic Journey (Hardie Grant Books, $59.95). Sadly, McDonald suddenly died at the age of 50 in Burma in 2013 following three years of travel compiling this exceptional book. 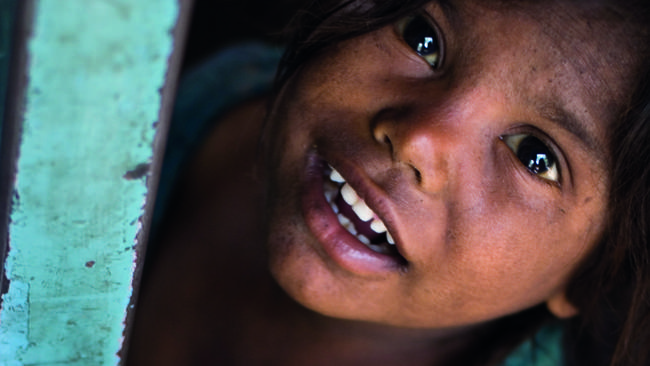 When the imperious Governor-General, Lord Dalhousie, decided in the mid-1800s that India should have railways he also decreed that there should be no repetition of the mistake the British government had made by allowing two different gauges to develop. But even Dalhousie couldn’t countermand India’s diversity and its cavalier attitude to the dictates of government.

How could a land of many religions and languages, a land where different dialects abound, a land whose terrain includes the Himalayas – the world’s highest mountains – the fertile green plain of the Ganges, and the barren deserts of Rajasthan, ever be satisfied with just one gauge? And it wasn’t.

Four different gauges emerged. How could a people who believe laws are there to be broken have accepted Dalhousie’s dictate? In Angus McDonald’s new book India’s Disappearing Railways, a photograph illustrates the Indian attitude to laws. On the back of the carriage of a train standing in a station on the Gwalior Light Railway there is a partially obscured notice which, as far as I can tell, reads: “Please riding on the roof is forbidden and will attract a fine of 500 rupees or three months in jail”.

The roof of the carriage is crowded with passengers, some of them happily lending a hand to those still scrambling to get aboard. Angus himself must have done a bit of dangerous law-breaking to shoot the remarkable pictures of another Gwalior train crossing a bridge with a very low clearance and a rooftop crowded with prone passengers. The book is about the smaller gauge railways of India, railways which were always lesser than the mighty broad-gauge lines. But they were all built for serious purposes. The Dabhoi railway system was built to transport cotton; the Gwalior Light Railway to carry food to remote famine-hit areas.

Both railways were built by far-sighted maharajahs. The Darjeeling Himalayan Railway – the world’s first mountain railway – of course carried the world-famous Darjeeling tea. The Kalka-Shimla mountain railway bore the Viceroy to his summer capital, the remote hill-station from where he ruled his vast empire. The prospects for the survival of these mountain railways have been enhanced by UNESCO, which has granted them World Heritage status. But it’s greatly to the credit of Indian Railways that it showed no sign of closing them, even though they no longer serve their original purposes.

So how can we argue that the railways Angus travelled should survive when they were built for the days before road transport became such a formidable competitor? One answer is to take some of the traffic off the roads and bring freight back to the railways. This is why all those who, like me, love the variety of India’s railways have reluctantly to accept that it’s better to broad-gauge a line than lose it altogether. Transhipping freight between different gauges puts the railways at an almost insurmountable disadvantage.

Dalhousie was right. It is more efficient to have one gauge only. But then most of the fascinating lesser lines of India would never have been built if only one gauge was allowed because the broad-gauge would have been too expensive. Angus’s photographs make it abundantly clear that many of the railways can be justified because they still provide a passenger service that is valued. Travelling slowly and late on a meter-gauge milk train in which the milkmen were travelling in luggage racks as well as on the roofs, I asked why the passengers didn’t take the bus which would surely be faster.

“Look out of the window,” I was told, and there I saw that we were overtaking a bus ploughing its way through potholes and also carrying passengers on the roof. On another occasion I asked a stationmaster on a narrow-gauge line the same question. He laughed and said: “Because the bus-wallah collects the fares; we don’t bother about that.” All this is changing. The roads are improving and the railways, at least officially, are becoming more cost-conscious and less willing to bear the expense of carrying passengers for free. But there are still narrow-gauge lines where there are good practical reasons to take the train rather than the bus or the car.

The line through the Kangra Valley, for instance, takes passengers on a remote route with views of the mountains which make it in Angus’s view “the most beautiful railway line in the world”. On the hill road to Shimla, overloaded lorries belch noxious black fumes, not to mention the noise pollution of their engines as they strain to cope with the gradients, and the views are obscured by endless advertising hoardings.

The train to Shimla mutters gently to itself as it climbs through unspoilt forests with unimpeded views, crosses magnificent bridges, and makes a gentlemanly break for a midway meal at Barog station, a fine example of British Raj hill architecture.

Perhaps the most telling reason for preserving the mountain railways is not utilitarian. It is because, as Angus says, they are living treasures. Or they were when he photographed them. Some were already being swallowed up by the great broad-gauge system, or closed because Indian Railways is no longer able to justify operating them to the political masters. These photographs are a unique record of the last days of those railways, their stations, their staff and, above all, their passengers. That’s sad although necessary if Indian Railways is to play its role to the full in the development of the country, and fight off the challenge from road and air transport. But we can rejoice that Indian Railways is committed to preserving the hill railways that Angus has portrayed so lovingly.

Sir Mark Tully is the former BBC bureau chief in New Delhi. This is his foreword to a new book by Angus McDonald, India’s Disappearing Railways: A Photographic Journey (Hardie Grant Books, $59.95), which McDonald spent three years compiling, but died suddenly while travelling in Myanmar in 2013, at age 50.

Outgrowing capitalism: a Geneva expert shows how and why we should do it

Murder in Room 117: How the assassination of one of America’s top diplomats helped ignite Afghanistan’s war.

Whitney Azoy’s Afghanistan: A Partial Comprehension – tales and photos from the pre-war