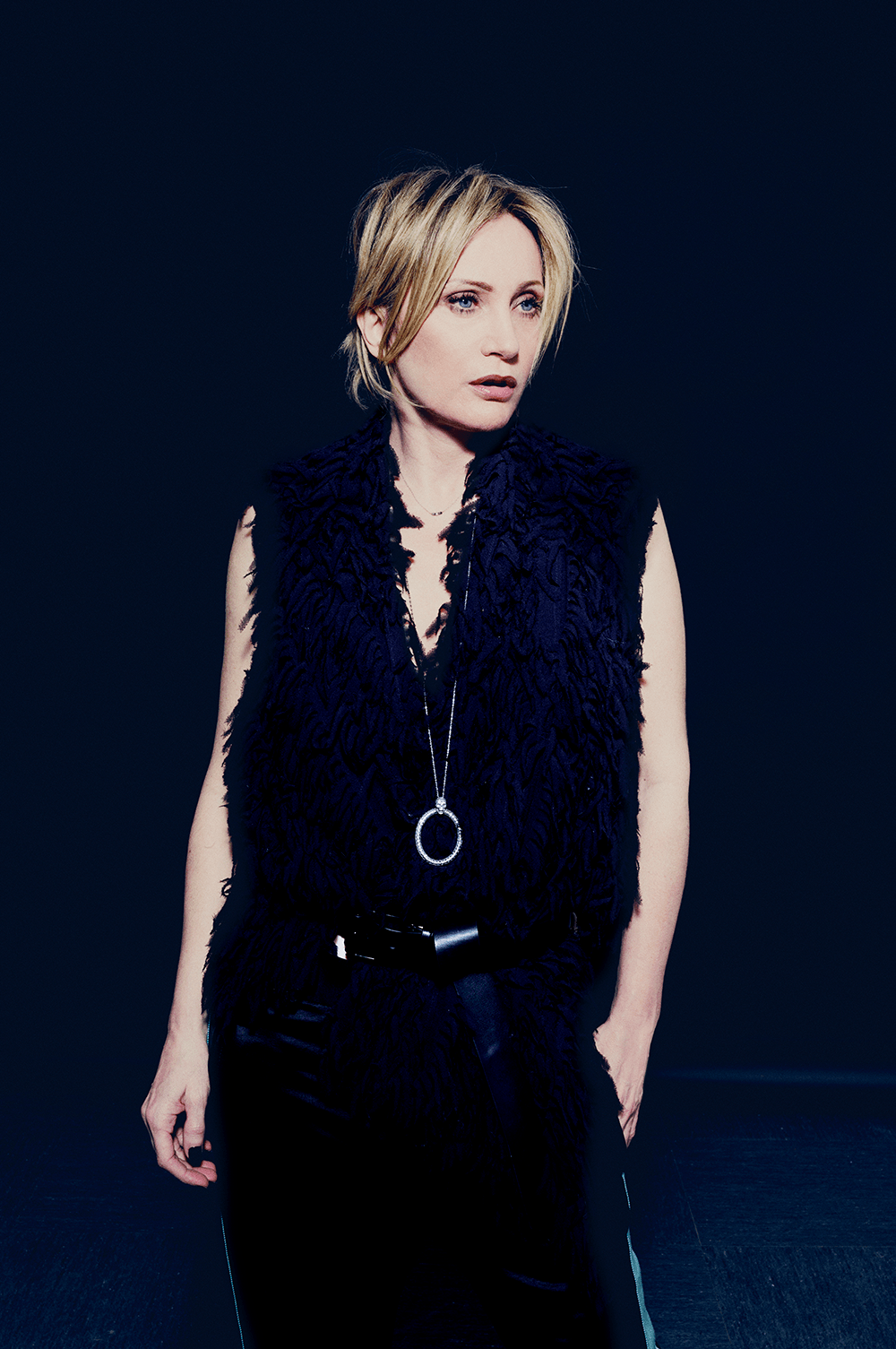 While hardly household names among British and Americans, any expat living in Paris – or Brussels and Berlin for that matter – cannot help but absorb France’s repertoire of artists ranging from road-hardened routards such as Jean-Jacques Goldman and Francis Cabrel to more contemporary ones such as Louane and Nolwenn Leroy. They simply haunt the airwaves of most radio stations.

And Patricia Kaas is no exception. While better known in France, Germany and the Benelux countries, she is also popular in Russia, Romania, Ukraine and other parts of eastern Europe. There her voice seductively represents what audiences imagine to be the essence of a Paris which probably never really existed, notably a nostalgic mix of Edith Piaf, cabaret and jazz combined with modern rock. In Vietnam, she is regarded as a sort of French Madonna.

As a Paris-based foreign correspondent, I knew Kaas – as with most other French singers －from FIP, an eclectic all-music station that you listened to while caught in traffic jams. But her gravelly femme fatale voice only came into my life on a more determined basis during the 1990s. This was while on assignment (usually with French film teams) accompanying Médecins sans Frontières in war zones such as Sri Lanka, Mozambique, Liberia and Afghanistan. Whenever we roamed the countryside crossing in our 4x4s between government and rebel checkpoints or carefully manoeuvring our way across battle zones, Kaas invariably blasted from the tape deck with songs such as Mademoiselle chante le blues, Jalouse, ll me dit que je suis belle (by JJ Goldman under the name Sam Brewsk) or Kennedy Rose, the latter an unusual tribute to Rose Kennedy, the mother of John F. Kennedy.

Kaas was our travelling Goddess. Of course, there were other singers, such as Jane Birkin or Patrick Bruel, but a Kaas cassette always seemed to be playing in the houses and clinics of the ‘French’ doctors. Her vibrant voice emerged as a stark contrast to the horrors of the war hospitals or shell-blasted buildings that punctuated once beautiful landscapes of villages and fields. And, I suppose too, as with so many other supposedly hardened frontline reporters and medics, we fell in love with her sonorous tones and the woman we imagined her to be.

So, years later, when I finally saw Kaas perform at Geneva’s Arena in early February, strutting the stage and throwing back her head with its short blond hair, I felt intrigued if not somewhat embarrassed. It was like having had a primary school crush.

Born of Germanic background in Lorraine, or Lothringen as the Germans call it, in eastern France (her father was a French miner of German-speaking background and her mother, a German national from just across the border in Saar), Patricia Kaas was brought up conversing in Plattdeutsch, a form of ‘low German’ not unlike Dutch. She learned French at school and still spoke dialect when she went to Paris in pursuit of her singing career. When I asked her in which language she preferred to do the interview at her hotel, she replied without hesitating: “German. I need to keep it up, particularly as I am now in Zurich.”

While Kaas considers herself French, she is also very much aware of her roots from a historically-disputed transborder region with close links to what today constitutes modern-day French and German cultures. This is indicated by her song: Une Fille de L’est (A Girl from the East). As the lyrics go, “If you really wish to learn about me, if you really wish to know me, I am with every word, with every one of my gestures, a girl of the east.” Whenever Kaas performs in Germany, she will sing a few songs in German, plus speak to her audience in German. “They are very touched when I do this, because they consider me one of theirs, but they like to hear me sing in French. I suppose it’s what I am about to them,” she explained.

“I can fight my way through with English, which is important if you are trying to reach different audiences,” said Kaas, who has worked in the United States but also began an acting career in 2001 in a Claude Lelouch film And now… ladies and gentlemen with Jeremy Irons. “I regard myself as French although my character is half and half, but French is now my language.” At the same time, she remains close with her roots, visiting her family several times a year. “Only the other day I performed in Metz and saw my friends and family,” she added, referring to northeast France’s cultural capital and the economic heart of the Lorraine region.

Defining herself further, Kaas regards herself as European in the sense that her music transcends borders. “People are very curious about my music and who I am,” she adds. In Russia, for example, they see her as someone representing Paris and French culture. When she first sang there in 1989, Russia was beginning to go through a major political change, she maintained. “It was very important for Russians to have contact with the outside. Culturally, it was not just about my music but also what I represented, you know, French wine, fashion, life…”.

Coming from a very working class background with seven kids in the family, however, she believes that many Russians feel an affinity because she was poor and has now succeeded in life. Furthermore, when she was young and first went to Paris, she had an accent, a provincial German accent. Ordinary people can identify with this, she explained. “But I made it in Paris and I am proud. I have achieved something with my music. This is what brings me to the heart of the people.” She is also touched by the fact that some, particularly in Eastern Europe, study her music.

Kaas was the first European singer since 1958 of any stature to perform openly in the ‘new’ Vietnam. This was in in 1993. “I was both foreign and exotic to them, but the Vietnamese also have a strong memory of France from their colonial past, so they feel a connection,” she said. It was also a very curious experience with audiences going somewhat berserk given that her dress was short and the same colour as her skin. “I wasn’t intending to be outright sexy, but I have never had such security,” added with a slight laugh. Hence the comparison with Madonna.

So far as her music is concerned, Kaas has a preference for emotional texts. It all then depends on how she expresses herself. “I have to have my soul when I sing and this is what audiences expect, particularly after 30 years, so I always try to give them a mix of the old and the new.”

If you liked this article, then please support us by subscribing to Global Geneva.